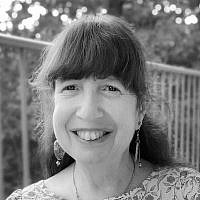 The Blogs
Freda Rosenfeld
Apply for a Blog
Please note that the posts on The Blogs are contributed by third parties. The opinions, facts and any media content in them are presented solely by the authors, and neither The Times of Israel nor its partners assume any responsibility for them. Please contact us in case of abuse. In case of abuse,
Report this post.

At the beginning of the COVID-19 pandemic, with some extra time on my hands, I decided to explore a topic that has troubled me over many years. Why, when we remember the mothers in our prayers/tefillot, do we exclude Bilhah and Zilpah. Why do we count only four? (Sarah, Rebecca, Leah and Rachel.) After all, we aren’t remembering them as wives, but as mothers. And they had four children between them, constituting a third of the twelve tribes.[1] Research showed me that in the 1990s, some women did bring their plight to light, but, unfortunately, I haven’t seen any concrete changes in the liturgy. I would now like to restate the case for their inclusion in our prayers and consciousness.

I have asked the question, “Why not Bilhah and Zilpah?” to rabbis and around Shabbat tables, in forums and study groups. Mostly people say, “interesting question,” then, “I have no idea.” The most interesting answer I got was from a woman named Rena, who said that by the time the Tefillot were enacted, the tribes of Gad, Naftali, Asher and Dan (the sons of Bilhah and Zilpah) were already lost. The most common answer I got was to see the Gemara Brachot 16B (see below, translation by Sefaria):

The Gemara asks: Is a story cited in order to contradict the previously stated halakha? The Gemara answers: There is no contradiction;
rather, because Rabban Gamliel’s servants were significant, they were addressed

Both of these answers only made me want to recognize and honor these women more.  Let’s start exploring this and – I hope – correct these wrongs:

First, let’s address the suggestion that Bilhah and Zilpah aren’t included in our liturgy because these tribes were lost. This is probably accurate, yet heartbreaking on two levels: One reason is that just because they are “out of sight” doesn’t make them any less important or relevant. We are now living in truly magical and wonderous times. We have been blessed with seeing the ingathering and awareness of Jews from all over the world coming to live in or even just visit – Israel. Our dream of being a united and whole Israel is being realized. From the broken and homeless Jews of the Holocaust to the teaming Russian Jews held captive behind the Iron Curtain – They are coming!  The Jews of Ethiopia and India and Jews from the Arab world are living in and contributing to the Israeli community – They are coming. And then, there are small but growing communities of Jews in Indonesia, Uganda, South America, Madagascar and many other places reclaiming or claiming their Jewish heritage. By reciting Bilhah’s and Zilpah’s names we thank Hashem for those who returned and speak of our hope in finding more Jews and welcoming them back to the fold. By not invoking their names we are not opening our hearts and minds to accepting all our brothers and sisters back.

We are also blessed to be living in times when women and their roles in society are growing more and are being more respected. Thank G-d, women are no longer dependent on men to thrive. By honoring Bilhah and Zilpah we are saying that all moms and all women are important, and their voices and legacies should be and are heard.  We say that “handmaidens” are important people in their own right, and we say that no one is a slave to any other human. We say that we are all responsible individuals whose task it is to be the best person we can be and to be free to serve Hashem on our own. If  Rabban Gamliel’s servants were significant – which is how they should be thought of – I think that that should also be true for all wo/mankind.

We also open our eyes to those women and men whose lives are still not their own, the women and men of our modern world who are still tied to lives controlled by others and we say, “we hear you. Your voice and your individuality are important.”

Next time you invoke the mothers in prayer, don’t just say their names by rote, but say them with kavanah and add Bilhah and Zilpah and truly ask G-d to help us all.

[1] The twelve sons and one daughter of Jacob: