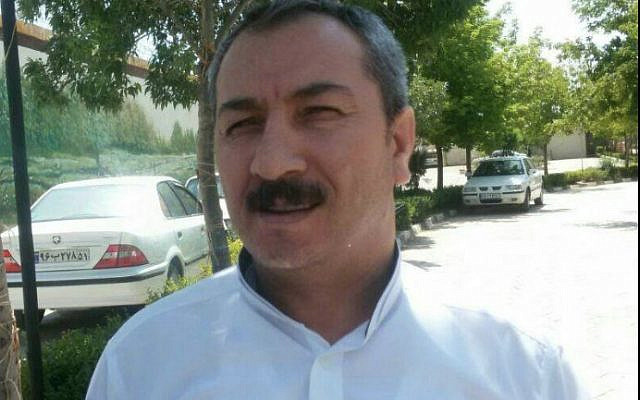 Mostafa Salimi, an Iranian Kurd who was executed on Saturday morning

The allegations:
The allegations goes like this: That a 53 year old Iranian national named Mustafa Salimi, who was executed Saturday morning in Iran, had been handed over by local Asayish (security) forces in the Kurdistan region Penjwin district, despite Salimi having claimed for asylum to escape death.

According to some media-outlets in Kurdistan and in Iran it´s obvious that some part of PUK had a special role in this extradition. Because Mostafa Salimi stayed at Garmak mosque village for six days and after that he has left there for going to Penjwin. Since he was coming from Iran ASAYISH agents captured him fearing corona virus and they said he must be tested. He spent seven hours with the Asayish, that was enough time for the agents to identify him.

After passing this seven hours about 2300 o’clock he & some other detained persons were transported to border & were delivered to the personnel of Ramezan Sepah military base that belongs to Quds forces then Quds forces agents brought him to Baneh then Saqqez in Iran.

The newspaper AVA Today claim to have 3 voice recordings, were people can judge by themselves whether PUK had cooperated with Iranian forces or not, they are also claiming that the Iranian regime have been pressuring some Kurdish parties to be silent.

The Patriotic Union of Kurdistan (PUK) denies the allegations, and so does the Asayish Directorate in Sulaimani.

Diya Butros, who heads the Kurdistan Region’s Independent Board of Human Rights:

“After hearing about the incident, I have requested our offices in Sulaimani and Halabja provinces initiate an investigation into this matter. This morning, we received information from the general prosecutor in Penjwin district who confirmed that Salimi did cross the Kurdistan Region’s border and was then handed over to Iranian forces.”

“Following his handover to the Iranian forces, he was executed this morning,” he added. “This is a clear human rights violation. Since he crossed the border illegally, he should have been legally investigated and the decision regarding his handover must be made by the court of law.”

He continued, “Article 21 of Iraqi Constitution clearly dictates that the man should have been given political asylum… so the decision to hand him over was a violation of the constitution, international law, and human rights law that caused the man to lose his life.”

Butros explained further, “Sulaimani province Asayish is responsible to investigate with the Penjwin district security police whether they acted on their own or if they received orders from their superiors,” specifying personnel from the Patriotic Union of Kurdistan (PUK) who are in charge in Penjwin.”

Why it´s important and why should we care?
In Kurdistan Iraq, there are already thousands of refugees from Iran, Syria plus from all parts of Kurdistan. According to various news channels, the Kurdish border police did not take Salimi´s plea for his life into account, instead they brought him to the executioners in Iran, Saturday morning he was brutally executed. KRI remains far more welcoming and tolerant to minorities than its regional neighbors, but it should also be a safe-haven for political refugees like Mostafa Salimi, actually for all Kurds fleeing persecution.

This case is sensitive and serious in many aspects not least when it comes to international laws and regulations on how political prisoners and or asylum seekers who flee for their lives should be handled.

Following his execution, the Komala political party condemned the Islamic Republic of Iran for the execution Salimi, calling on the KRG to investigate the circumstances of his transfer to Iranian authorities.

“Mustafa Salimi was imprisoned for 17 years by the Iranian regime… no matter what crime he had committed, he must have been treated in accordance to human rights and been given the rights of a Kurdish asylum seeker,” a statement read.