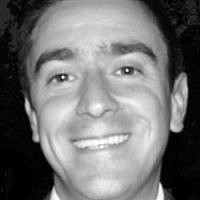 The Blogs
Jeff Gross
Apply for a Blog
Advertisement
Please note that the posts on The Blogs are contributed by third parties. The opinions, facts and any media content in them are presented solely by the authors, and neither The Times of Israel nor its partners assume any responsibility for them. Please contact us in case of abuse. In case of abuse,
Report this post.
It’s 2096, 74 years since Russia attempted it’s war to wipe the Ukrainian identity from the map.
Ukraine has long defeated Russia, defending itself and then counterattacking to free the Donbas and other areas which were attacked and occupied by Russian forces.
Russians call Feb 24th, the day the invasion began, as ‘The Catastrophe’.
They continue to blame NATO for their defeat and refuse to accept that Ukraine should be an independent country, and, despite signing a peace agreement, push text books in school and propaganda on tv extolling violence against Ukraine and talking about how the time will come when the catastrophe will be reversed and Ukraine will fall under Russian dominion again.
Every Russian who carries out a violent attack in Ukraine against military or civilians has their family rewarded with a monthly salary.
The ethnic Russians who fled the Donbas region when Ukrainian forces liberated it are still housed in refugee camps in Russia near the border. Russia has refused to give them citizenship deciding it’s better to keep them stateless so that they can return to their old homes when Russia once again frees the region. The UN due to this recognises not just those who fled the conflict as refugees, but all their descendants without end. Ethnic Ukrainians living in Russia were expelled, without any of their belongings.
Ukraine has moved on. They have rebuilt. They have redeveloped industries and are seen as a modern success story. Ethnic Russians, including those who wanted union Russia but, who stayed when the Donbas was reclaimed have integrated back into Ukrainian life. They’re represented in Parliament, as judges in the highest courts, as doctors, dentists and all other parts of society. At times there is tensions amongst them and those who identify as a separate nation but on the whole the 2 main ethnicities function side by side. The Ukrainians expelled from Russia were integrated into Ukraine, given support and are no longer considered refugees for over 60 years.
Russia maintains control over the Crimea. Every so often Russia threatens Ukraine again and at times of enhanced tension fires rockets from Crimea at cities all across Ukraine. As a result, NATO helps Ukraine keep a sea block on Crimea to attempt to prevent Russia from replenishing its weapons supply from which to threaten Ukraine.
Despite Ukraine repeatedly offering compromises to allow for a peaceful settlement, including a separate state in part of the Donbas, the offer has been repeatedly turned down by Russia and those espousing to be from the Donetsk and Luhansk republics, and on each occasion have responded with violence. Unilateral withdrawal is not an option because without true compromise and peace it will only act as a base for a renewed Russian assault to take the rest of Ukraine including Kyiv and Lviv.
Every year on Feb 24th tens of thousands, some of Russian origin and others leftist leaning westerners, march across cities all over the world commemorating The Catastrophe that befell Russia on that day in 2022. Those marching wave flags of the Lukhansk and Donetsk People’s Republics. They chant, often outside Ukrainian embassies, ‘From Kiev to the Black Sea Kieven Rus will be free’. Some wave the flags of the Wagner Group, who still operate and carry out attacks on Ukrainians. Some openly chant about Bucha and how Ukrainians should be reminded it’s time will come again. Genocidal speeches are given, espousing how support must continue and how the ‘Ukrainian Nazis’ must be wiped from the map. Politicians from major parties speak at the rallies calling for the freedom for the Donbas but giving tacit nods to those who call for more and worse.
Could you imagine thinking this was acceptable? Could you imagine this getting widespread support?
I wouldn’t think so…….so why is it acceptable today?
About the Author
Jeff Gross lives in London having grown up in Ireland. Sharing his thoughts on anti-Semitism and Israel.
Related Topics
Related Posts
Comments