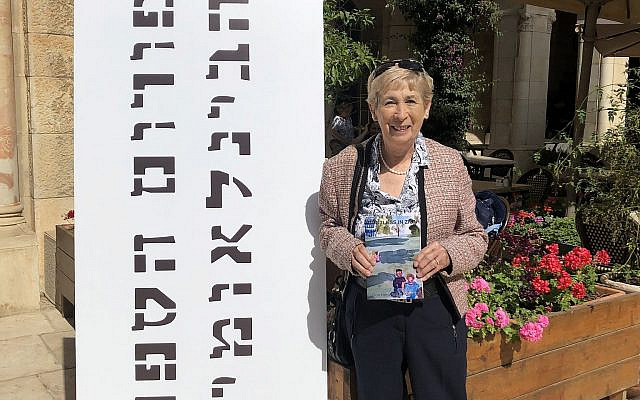 After a two-year hiatus due to the pandemic, the Jerusalem International Book Forum was held once more this year. The opening ceremony included a (virtual) presentation of the Jerusalem Prize to British author Julian Barnes by the mayor of Jerusalem (accepted by the representative of the British Council in Israel on his behalf), and a televised acceptance speech by Julian Barnes himself (who was prevented by il-health from making the journey).

It was nice to be surrounded by people who, like myself, are in the business of reading, writing, editing, translating and even publishing books, in a variety of languages and from a wide range of countries.

However, the highlight of that first evening was the address by Stefan von Holtzbrinck, the head of the German Holtzbrinck Publishing Group. Speaking in perfect English, this distinguished guest started by stating the view that recent developments had brought us to a situation in which he personally felt safer in Jerusalem than in central Europe. He then went on to declare his love for the city, which he has been visiting almost yearly since 1988, to pronounce Israel a light to the world and to assert his and his company’s solidarity with the country. Of course, the audience applauded enthusiastically.

To hear these sentiments at a time when there have been almost constant disturbances, mainly in eastern Jerusalem, associated first with Ramadan, then with the death and funeral of the Palestinian journalist Shireen Abu Akla, was astounding. Like me, many of the Israelis in the audience could hardly believe their ears. And, like me, many people took advantage of von Holtzbrinck’s participation in subsequent events, to thank him for speaking so positively.

The next three days of the forum were full of interesting talks, open discussions and informal opportunities to strike up conversations with old and new acquaintances. A fascinating and entertaining talk entitled ‘Listen Up: Audiobooks, Podcasts, and New Opportunities’ given by David Rowan, Founding Editor of WIRED UK, began with a couple of video clips indicating where the world is headed. One showed a traffic cop in California stopping a driverless car for not having its lights on. Confounded when he realized the driving seat was empty, the cop returned to his police car to seek assistance, whereupon the driverless car sped away. As Mr. Rowan pointed out, the world – including the publishing world – is becoming increasingly digitized and democratized through AI (artificial intelligence), the all-pervasive Metaverse and the general interactivity of everything through smart phones.

Those few days of talks and discussions gave me plenty of new information as well as a great deal of food for thought as I continue to write and publish my work.