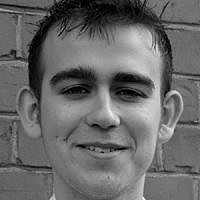 The Blogs
Lewis Barber
Apply for a Blog
Advertisement
Please note that the posts on The Blogs are contributed by third parties. The opinions, facts and any media content in them are presented solely by the authors, and neither The Times of Israel nor its partners assume any responsibility for them. Please contact us in case of abuse. In case of abuse,
Report this post.

They were the children of the second intifada. They were the children armed by Hamas with guns heavier than their bodies and longer than their arms. They are the children that have become young men fighting for Hamas with the goal of Israel’s destruction in the latest round of conflict. This Lost Generation of Palestinians are a reminder of the failures of previous governments and leaders on both sides to agree on a resolution to the tensions. Without hope these children were taught by Hamas how to kill and now exist for no other purpose than the extermination of the Jews and the State of Israel. Removed from the classrooms of Gaza, placed into training camps and stuffed in the terrorist tunnel network, they are amongst the 40% of Gazan children that do not have basic mathematic skills and the 80% who do not speak sufficient Arabic. Without any basic education and opportunity, there is nowhere for these children to turn but to Hamas.

Of course, we should not feel sorry for these people. Not anymore. They have become a cog in the Hamas machine of racial war that is suppressing the population; these young men are now just as much an enemy of Israel as other Hamas’ members. But they do provide a hindsight we would be imprudent to ignore. Israel should look with sympathy to the mistakes made a decade ago to build on the achievements of Operation Protective Edge’s completion to create a sustainable situation in Gaza. Israel should move with speed to put in place the systems needed for a functioning education system and an economic system based on enterprise, development and most of all hope. They should also emphasise the unseen but substantial humanitarian work they do do in Gaza and the West Bank, so that Palestinians understand Israel should be looked upon as a beacon of hope away from the terror of Hamas.

Hamas were foolish to attack Israel and their antagonising shows the disdain they have for their population; they may have only slapped the lion but they were simplistic to believe Israel was simply going to roar back. Instead, Israel has rightfully made moves to maul Hamas and will break the terror organisation sooner rather than later. It is a tragic consequence of the conflict that civilians in Gaza have been affected but Israel had to defend themselves from aggression. Fortunately, Hamas is increasingly isolated on the international stage; the Western World is behind Israel like never before and the Arab World’s silence is telling. Hamas now lacks the support it will require once the IDF finishes off their military infrastructure.  Nevertheless, Hamas will not be completely killed off. Israel was right in rejecting Hamas’ terms to lift the blockade and ease border restrictions. Doing so would have given the suffocating terrorist organisation valuable oxygen, allowing it to rearm and re-supply.

As it is, Hamas remains weak and is now relying on the much hated Fatah for survival through the Unity Government deal. Its military capacity is diminishing, as is its political capita within Gaza itself because of failure  to achieve Palestinian ‘liberation’. But its roots will remain and be ready to entangle another set of youngsters within its grasp. The current generation of children in Gaza will be antagonistic towards Israel and it is understandable why. They will have seen their families and friends destroyed and at a young age it will be hard to understand the motives of Israel doing this; Hamas will launch another propaganda war and recruitment drive to regroup for the future, ensuring the cycle of violence continuous.

The crucial move will be for Israel to break this link in the immediate aftermath of the Operation. With mounting casualties, Gaza’s Lost Generation is coming to its end. It is now up to the inevitable victors to make the right steps so that Israel and Palestine can live together with mutual respect and without the threat of war. In my blog I want to look how, through education and development, Israel can foster Gazan children to be a friendly neighbour, not a foe in the future. I will draw on history and modern examples to discuss how Israel can implement policies today to achieve peace for tomorrow.