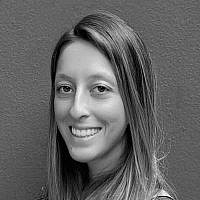 The Blogs
Ariane Grynholc-Shoval
Apply for a Blog
Advertisement
Please note that the posts on The Blogs are contributed by third parties. The opinions, facts and any media content in them are presented solely by the authors, and neither The Times of Israel nor its partners assume any responsibility for them. Please contact us in case of abuse. In case of abuse,
Report this post.

While the war in Ukraine continues, Chinese President Xi Jinping presented a new vision for the international world order, Global Security Initiative (GSI), at the 2022 Boao Forum for Asia. The GSI initiative is based on the principle of indivisible security, suggesting, that it will prevent future security threats and conflicts. In his speech, Xi named Cold War mentality, hegemonism, and power politics, as the main security challenges and obstacles to world peace in the 21st century. Chinese criticism of hegemony and double standards is usually aimed at the US, while this time hinting at NATO expansion as well.

Xi’s six-point initiative suggests that all countries have the right to build a balanced, effective and sustainable security architecture, upholding sovereignty, territorial integrity, non-interference in internal affairs and the right to choose their own development paths and socio-political systems. The basic principle of the GSI asserts, that if a country threatens the security of another country, then it’s breaching the principle of indivisible security. No state should strengthen its security at the expense of another.

Nevertheless, both China and its ally, Russia, are trying to play two conflicting directions. Russia’s war in Ukraine is grounded by the indivisible security principle since Russia regards NATO’s expansion as threatening its own security, but at the same time, Russia is invoking the same principle by attacking Ukraine’s sovereignty. China is contradicting itself by announcing a “no limits” strategic partnership with Russia, supporting Russia and its violations of the non-interference principle in Ukraine throughout the crisis. Furthermore, China’s behavior in the South China Sea and along the Chinese-Indian border violated the principles of territorial integrity and sovereignty of its neighbors.

In a multipolar world, China and Russia share a common interest in weakening the United States and its alliances. They confirmed a political and military alliance superior to any other alliance since the Cold War era. The indivisible security principle, a concept endorsed also by Russia, was used for the first time, beyond the context of the Russia-Ukraine crisis. The GSI was announced just a few weeks after China signed a security pact with the Solomon Islands in the South Pacific, with implications for future US actions in Taiwan or the South China Sea. A key motive behind China-Solomon Islands pact is to showcase the economic and financial benefits Pacific Island countries can receive if they abandon Taiwan and recognize Beijing. A Chinese military base in the Solomon Islands will increase China’s military projection power in a region and will exacerbate the existing geostrategic tensions between China and US alliances, and further split the Pacific region.

Along with the GSI, Xi re-announced the Global Development Initiative (GDI), which calls to revitalize the economy and pursue more robust, greener, more balanced and coordinated global development. China’s use of soft power relies heavily on its economic power, in an effort to boost its international attractiveness and its ability to influence other countries and the public. The current GDI is seen as a direct continuation of China’s Belt and Road Initiative (BRI), an ambitious plan to connect the world to China.

But despite its efforts, China’s global public image has deteriorated in the last few years due to mistrust of China over its cover-up of the initial COVID-19 outbreak, several of China’s Belt and Road Initiative projects, which had higher-than-expected debt and China’s crackdown on Hong Kong and Xinjiang, which demonstrated its authoritarianism at home.

The initiatives come at a time when China is getting increasingly concerned that NATO might expand its influence in the Asia-Pacific region. Xi called on Asian nations to keep the future of the region in their hands, with efforts to dominate the region and exclude US interests in the area. Xi has expressed the hope that China will decisively displace the US geopolitically by 2049, but China finds itself in a difficult position on the international stage with a lack of allies other than Russia.

Defining the roles that the GDI and GSI can play in international development will provide clarity on China’s mission and help deliver its vision for the world. The timing of China’s latest actions was carefully planned and masterminded by Xi. Above all China needs to have stability in 2022 for the upcoming 20th Party Congress, where Xi, by virtue of elevation to the status of a “core” leader, is expected to use the five-yearly party congress to launch a third term as its chief, opening a route to lifelong rule.

About the Author
Ariane Grynholc-Shoval is a cyber-security and information technology analyst at Bank of Jerusalem. Ariane is currently completing her MA in Counterterrorism and Homeland Security with a Cyber cluster at Reichman University in Herzliya. Ariane studied Government, Diplomacy and Strategy with specialization in Middle East Studies and Diplomacy and Conflict Resolution for her bachelor degree at Reicmna University. Ariane served in 8200 unit, part of the intelligence forces of the IDF.
Related Topics
Related Posts
Comments