The Blogs
Nicole Czarnecki
Apply for a Blog
Please note that the posts on The Blogs are contributed by third parties. The opinions, facts and any media content in them are presented solely by the authors, and neither The Times of Israel nor its partners assume any responsibility for them. Please contact us in case of abuse. In case of abuse,
Report this post.

I was under the impression that the CIA Torture Report was already released, and it was actually released today. My attitude? “Well, whatever. It’s still going to affect Anti Semitism.” In other words, whenever it was or would’ve been released made no difference (Now what difference does it make, Former Secretary Clinton?). That it might be used as an excuse for more Benghazis (as others have rightly pointed out and in the words of Bill O’Reilly) “makes plenty of difference!”

My mother, incidentally, pointed out that Senator Dianne Feinstein ought to be ashamed as well. Here’s the difference, however: while both Howard Fineman and Senator Feinstein are both bogedim, Senator Finestein (as far as I know) did not compare the interrogation of Mullah Omar’s cohorts to what my ancestors in Sefarad suffered  (To make a long story short, the Czernieckis/Czarneckis also have Sefardic heritage. We escaped to Ashkenaz somehow, only to suffer the same kind of Anti Semitism as we did in Sefarad.).

Of course, then, just on a personal level do I find Mr. Fineman’s actions especially repulsive! The questioning of our enemies being compared to what we suffered at the hands of their predecessors! Puh-lease!

As if that wasn’t enough, the very kind of Anti Semitism which I’ve seen increase happened in New York today. When I asked my mom if the suspect was Black (since I didn’t read the story at first and she had read it), she confirmed my unfortunate suspicion. As for the Arabocentric Anti Semitism that has happened, it’s just another daily occurrence of it. From an Amnesty International report which favored the terrorists (and written by a Philip Luther, who I’ll bet is related to the infamous Pseudo Christian of the same surname) to every 80 of 100 “Palestinians” wanting to lay ethnocidal claims to Har Tzion v’Yerushalayim, the Arabocentric Anti Semitism just kept coming upon us, especially the ones in Ha’Eretz Yisra’el (On a lighter note, up to every 40 of 100 sabras and olim do not want to add insult to injury. Granted that the sample was under the needed minimum sample size, though 60.2% of the needed minimum works for what the pollsters could get.).

Meanwhile (and on another lighter note), other people are catching on to that Benjamin Netanyahu wants to be HaManhig Yakar. Also, more Holocaust victims (mostly gentiles, as far as can be told) were finally discovered and are set to be reburied properly. By the way, here is hoping that victims of the Augustów Massacre were found as well (If they were, here is hoping that Franciszek, Janina, and Witold have the levayot that they deserve. The same is for Pawel, too, since Great-Granddad’s maternal grandmother was a Margiewiczówna née Morgovičiutė. Nonetheless, my main focus has been on the two Andrulewicz siblings and their cousin whom I first found out were victims in the Russian part of the Shoah.). 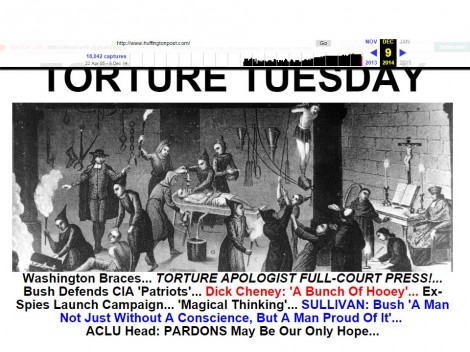 Here, “The Huffington Post” compared the interrogation of Anti-Semitic terrorists to Anti-Semitic torture.
About the Author
Born in the Diaspora in 1990, Nicole Czarnecki didn’t even know that she’s Jewish until about 2008. As a Jewish Christian and an aspiring olah with more of a history than she ever knew and hope for a future of which she can't even begin to dream, she aspires to help others learn from their histories and build hopeful futures for everyone whom aspires to pursue tzedek and tikkun ha’olam.
Related Topics
Related Posts
Comments