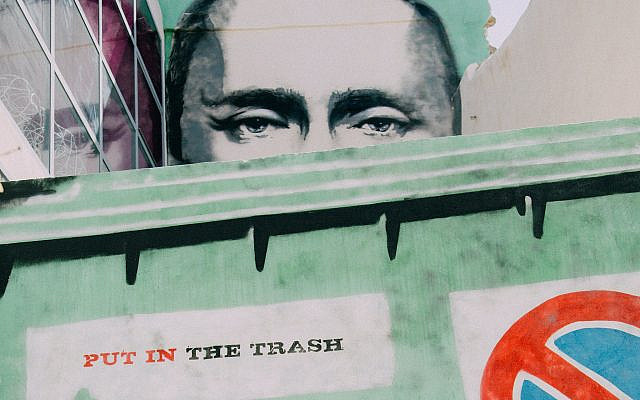 Photo by Don Fontijn on Unsplash

In this age of sensitivity to feelings, few are the group identities that may be reduced to cartoon evil without drawing derision in return. The great exception is the Russians. Once you notice it, it is striking.

It struck me again after reports Israel purchased Russian COVID-19 vaccines (in the millions of dollars, said Al Jazeera, while others cited lower figures) for use in Syria in exchange for the return (Friday, via Moscow) of an Israeli woman who crossed the border recently.

The Israeli government took some heat for caving to expensive blackmail. But no one was surprised by the strangely circuitous blackmail itself. And no wonder — it came from Russia.

The Myanmar military junta and the lunatic regime in North Korea also take it on the chin, but among major current governments Russia’s stands alone in being widely depicted in popular culture as complete cynics, connivers and contrivers. Its reputation as uniquely excellent in these areas is totally secure.

This was very much in evidence during my lockdown binge of the Norwegian TV series “Occupied.” With requisite spoiler alert, I’ll reveal that Russia invades Norway at the behest of the European Union because of a dispute over energy. That’s about as nice as Russia gets.

It kidnaps the Norwegian prime minister and kills its own soldiers in a staged “terrorist attack” to justify more aggressions. A Russian mafioso has his own henchman shot and another tortured and is then himself killed by a government minister after an unfounded accusation.

Russian authorities assure the compliance of their (female) ambassador to Norway by holding hostage her pregnant girlfriend and later planting a remote-controlled poison ampule in her body after poisoning her. Later they renege on removing the ampule.

They kill a journalist bent on exposing them and ally with a Norwegian nationalist terrorizing Russians in the country in order to destabilize it — and of course they manipulate the Norwegian election with fake news and collect “kompromat” on anyone they can (as one does).

Russian nationals outside Russia – including representatives of the regime – want mostly to stay the hell out and advise all others to do the same.

Holy mackerel!  If Israel’s handling of the Palestinians (after 53 years of occupation) were presented this way in a prominent TV show there would be charges of anti-Semitism and scoldings from pundits. How does “Occupied” get away with such a portrayal? 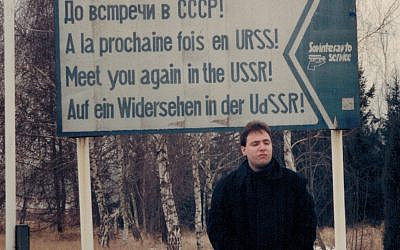 It was not always this way.  remember reporting from throughout the communist world, including from Moscow, as the Soviet Union was disintegrating.  Romance and hope filled the air and freedom and democracy were on every tongue.

At the same time, the International Monetary Fund and globetrotting economist Jeffrey Sachs were  pressing the post-Soviet authorities to enact shock therapy in the transition to capitalism (Romania, ruled by reformed communists who preferred to go slow, was mocked as insincere in its recantation).

The result of shock therapy was hyperinflation that wiped out savings and pensions, and untrammeled privatization that made millionaires out of corrupt officials and spawned an “oligarch” mafia. It discredited democracy and enabled the rise of KGB veteran Putin.

In his ruthless two-decade reign, Putin has since become the global personification of gleeful dirty trickery.

There is essentially zero reason to believe Putin is ever trying to do the right thing for his people or for the world. The totality of it is remarkable, and it  cannot be ascribed even to the likes of Donald Trump or Benjamin Netanyahu, nor Britain’s Boris Johnson or even the French xenophobe Marine Le Pen.

Russia, of course, is one of the great civilizations — the land of  Dostoevsky, Vladimir Vysotsky and Garry Kasparov. Yet it never attained political maturity,  went badly astray with both communism and the exit from it, and received their grim reward. Sow a Stalin and a Yeltsin, and a Putin ye shall reap.

The impact goes far beyond Putin and Russia. We are at a pivotal moment for liberal democracy — the system of government that three decades ago, with the collapse of the Russian-led communist empire, was widely thought triumphant on a global-historical level.

Today liberal democracy is on the ropes because the demographic, technological, meteorological and economic disruptions of recent decades have disoriented and damaged masses of people in the West. The agitation this creates blocks informed and rational debate and breeds populism, provincialism and worse.

So great is the cynicism that in some quarters you will hear that all democracy is flawed, freedom is a luxury, truth is an illusion and politics need always be a lying machination: if you achieve power and play nice then you are a dangerous fool.

This way of looking at things fosters fatalism and disengagement among electorates and helps not only the autocrats but also elected leaders with autocratic tendencies.

The more democracies make idiotic choices – and there has been an epidemic of them in the 21st century – the more people resign themselves to other models, whether Putin’s sham democracy or China’s non-democracy.

Perhaps the only way out of this is an entirely new paradigm that addresses people’s craving for security and certainty, but without the jackboot dystopia.

Until that comes, we’d be wise to contemplate anew the principles of the Renaissance that helped us out of another dark age: secularism, humanism, classicalism, perspective, and individualism. I would welcome a global mass-market refresher drive in this vein, funded by a special tax on social media.

The supporters of Putinism are betting no such thing will occur. They’re betting that progressives will deride these principles as vestiges of entrenched hegemonic interests, in anti-liberal fellowship with xenophobic zealots of the right.

Proving them wrong is the civilizational challenge of our time.