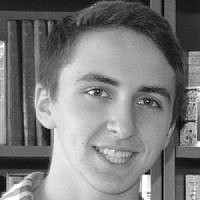 The Blogs
Avi Siegal
Apply for a Blog
Advertisement
Please note that the posts on The Blogs are contributed by third parties. The opinions, facts and any media content in them are presented solely by the authors, and neither The Times of Israel nor its partners assume any responsibility for them. Please contact us in case of abuse. In case of abuse,
Report this post.

Yom Hazikaron is a hard day for me. The pain of my country is my pain too. I hear stories and watch videos about precious souls that were stolen from their loved ones by the necessity of our defense. I remember how difficult this past summer was, as the casualty toll of Operation Protective Edge mounted and our prayers for the kidnapped boys just didn’t work. I think about my Israeli friends who have lost relatives or friends in the defense of Medinat Yisrael.

Our continued independence and safety demands a heavy price. I stand for the siren, and it penetrates my being, and the grief overwhelms me.

One of the fallen soldiers who were honored at my high school’s tekes, ceremony, for Yom Hazikaron was Staff Sgt. Max Steinberg, a Los Angeles native who came to Israel for the first time in 2012 on a Taglit-Birthright Israel trip. When his Birthright group visited Mount Herzl, Max heard about the self-sacrifice of Michael Levin, an American lone soldier who was killed in action in Lebanon, and of Lt. Commander Roi Klein, who threw himself on a grenade to save his men. There, in Israel’s national cemetery, Max declared that he would return to Israel to serve in the Israel Defense Forces. Indeed, that September, Max packed up and came back to Israel. He was intent on joining the 13th Battalion of the Golani Brigade, and he did. 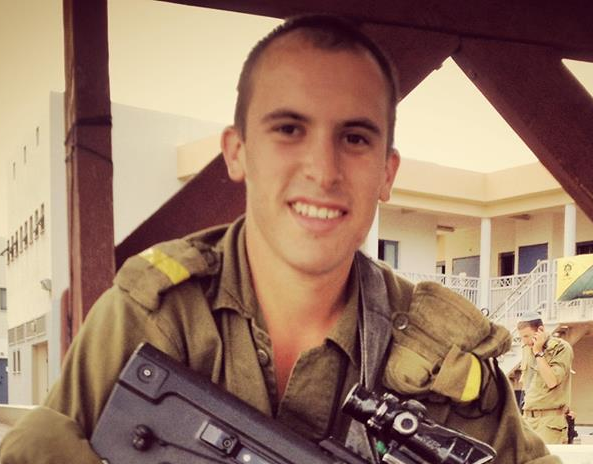 Max Steinberg was killed in Gaza this past summer. He was buried where his journey began, on Mount Herzl, in a funeral attended by over 30,000 people.

Max actively decided to live the Zionist dream. He gave his life defending that dream. He is a hero and a role model for me.

Now we have passed Yom Ha’atzmaut. I am here in the United States, celebrating my beloved Israel. And I can’t stop myself from endlessly contemplating the core dilemma of the American Zionist: why are we here?

“People should come not because of danger — although Israel is also a safe haven — but because this is our homeland, fatherland, promised land,” said President of Israel Reuven Rivlin, addressing a gathering of English-speaking journalists several days prior to Yom Ha’atzmaut. “I would like every Jew to come to Israel.”

If we believe that living in Israel and thereby contributing to her success is vitally important, then why don’t we follow through? Why don’t we accept Rivlin’s invitation and claim our birthright? Well, we’re comfortable here. We are adept at rationalizing our stay by insisting that we can support Israel in a significant way, economically and politically, from our perch in the United States. Simply, though, we’re accustomed to the United States and the overall prosperity and safety that we enjoy in this country. Moving to Israel is difficult, surely, but it is eminently possible and (debatably) an ideological imperative. So? Nu?

We rightfully revere Max Steinberg, but largely cannot find it within ourselves to follow in his footsteps.

Yet I feel insecure. Are we – American Zionists – somehow unfit to assume for ourselves such a level of belonging?

My instinct is to answer no. Our empathy is not only permitted but also appreciated. Yet, again, I am haunted by guilt. I can give you any number of rational arguments for why Israel benefits and will benefit from my presence here in the United States, but then I squint at the brilliant halo of Max Steinberg and my justifications melt away. I am stuck.

So here’s what I am telling myself. This is an ongoing conversation for me – my conscience is far from clear – but, for now, my thoughts have stabilized around this:

Staying in the United States, though, does not have to mean that you are not a satisfactory Zionist. Zionism is commonly defined as “a movement for (originally) the re-establishment and (now) the development and protection of a Jewish nation in what is now Israel.” So if you are a Zionist, if you care about “Am Yisrael b’Eretz Yisrael,” then your actions need to reflect that. If you decline to enlist in the IDF and you remain in the United States for college and beyond, then you should be advocating for Israel and supporting her in deed from afar. Your life should be directed at the advancement of the Jewish people and state.

An inner conflict, a lurking sensation of shame, is inevitable because your concern is valid. It pains me to say it, but – you are falling short. Your home is Israel. One day, you will hopefully make aliyah and return to your land. If, however, you’re going to linger in chul, in the Diaspora – make it count.

About the Author
Avi Siegal is a senior at SAR High School in Riverdale, NY.
Related Topics
Related Posts
Comments