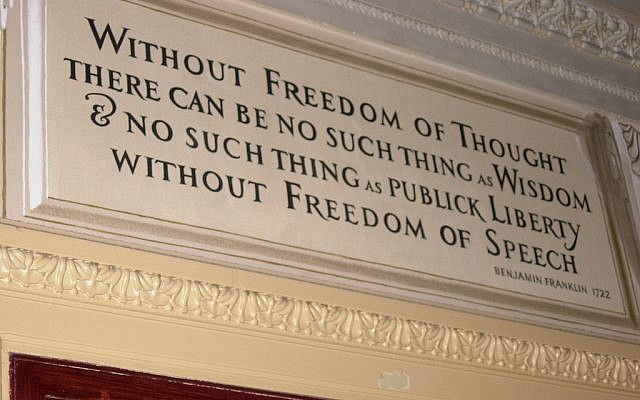 Also, the majority curtailed civil liberties. Particularly disturbing for Jews, the justices opened the way to allowing Christians to impose their religious beliefs on the rest of America. The Court compelled taxpayers to subsidize sectarian instruction in faiths they do not profess, and even abhor. The justices also allowed government officials to engage in official public Christian prayer. To understand the extent of the damage, we must look behind the holdings of the decisions. Flawed legal reasoning and judicial polemics will lead to disturbing results in the future.

Chief Justice John Roberts downplayed the effect of his ruling on Carson. States unwilling to subsidize religious education need only decide to fund public schools exclusively. Justice Neil Gorsuch claimed that the majority required only that the school district allow Kennedy, an assistant football coach, to pray silently after the games concluded.

Neither disclaimer holds up in the real world.

The Chief Justice knows better. In a case involving Montana’s program to pay for playgrounds in secular schools only, the Chief Justice ruled that the state, which repealed the program after religious schools challenged it in court, had to reinstate funding and include those schools. Maine and other states, such as Vermont, which pay for private education in rural areas, must keep doing so and, from now on, support religious education.

Moreover, as a practical matter, the Maine case reverberates across education policy. Many states provide vouchers for charter (private state-licensed) schools. Most states, including New York, for decades have given college scholarships to deserving high school seniors. Years ago, Chief Justice Rehnquist, no less, ruled that Missouri may deny a scholarship to a student seeking to use the money to attend divinity school. As a practical matter, states cannot repeal these entrenched and, in some cases, meritorious programs. Given the increased importance of a good education, states may wish to expand these opportunities in the future.

Carson seemingly requires states to help train priests and ministers (and, to the delight of some Jewish organizations, rabbis). The movement for separation of religion and state began in colonial Virginia, when the legislature tried to pay salaries of clergymen. Great controversy ensued; citizens objected to their tax money going to ministers not of their own faith and even to ministers in general. Support for religion, Thomas Jefferson and James Madison argued, must remain a matter of individual conscience.

Three centuries later, the Supreme Court requires exactly what the Founding Fathers fought hard against. Ironically, the same Supreme Court which requires taxpayers to fund religions they oppose ruled a few years ago that anti-union public employees, who receive the benefits of collective bargaining from unions, need not pay dues because that would violate the First Amendment’s free speech guarantee.

Justice Gorsuch’s allegedly narrow opinion in Kennedy hardly fits the definition. He claimed that the assistant coach engaged in solitary, silent prayer on an empty football field after games. Kennedy, Justice Gorsuch wrote, did so as an individual, not in his official capacity. He coerced no one to join him. According to the opinion, the ruling required the government to permit only that form of religious worship.

The record appears to show otherwise. Justice Sonia Sotomayor’s dissent shows pictures of the coach praying with groups of students and indicates that Mr. Kennedy brought politicians and news media to his devotions. Also, because the coach controlled players’ time in the game, students understandably felt pressure to join him. He acted in his official capacity and at least some prayed under duress.

Be that as it may, bigger problems underlie the decision. First, the disdain with which the Court views legitimate religious dissent portends potentially ominous rulings in the future. The Court belittled principled objectors to divine supplication (for example, Jews having to listen to invocations “in the name of … the son and the holy ghost”) as “offended” bystanders. Moreover, the majority labeled the objections as a “heckler’s veto” (one individual seeking to impose his solitary views on everyone else). This dismissive attitude shows a lack of empathy with religious pluralism and perhaps exhibits cultural arrogance.

Kennedy overruled that precedent. The new test rests on history and tradition. The problem with that approach: during the time period in question (the founding era) the Establishment Clause applied to the federal government only. The federal government played a very small role in national life. Until the post-Civil War Amendments, states could maintain official religions. Several states did. Not until 1925 did the Supreme Court apply the First Amendment to the states.

What history does the Court look to? Since most challenges involve states, history plays no role, as the Establishment Clause did not apply throughout most of our history. Even federal government tradition has its problems. President Washington proclaimed days of prayer and fasting, though not compulsory. Service academies and other institutions required compulsory Christian chapel attendance. Modern sensibility frowns on compulsory fast days, chapel attendance and prayers.

Moreover, as the nation has become more diverse religiously, what had appeared acceptable no longer does. Creches and crosses on public property and oath-taking on Christian bibles and displays of public prayer seem fine in a Christian society. The same holds for Sunday closing laws and for divorce laws reflecting Catholic theology, as occurred in New York before reforms in 1967. Challenges from dissenters open everyone’s eyes to such oppression. Courts can then correct injustices and maintain harmony. No longer.