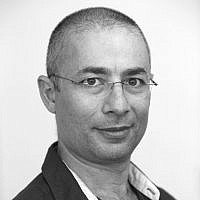 The Blogs
Stuart Winer
Apply for a Blog
Advertisement
Please note that the posts on The Blogs are contributed by third parties. The opinions, facts and any media content in them are presented solely by the authors, and neither The Times of Israel nor its partners assume any responsibility for them. Please contact us in case of abuse. In case of abuse,
Report this post.

It was a glorious Jerusalem day, the bright sun taking the edge off the sharp chill in the winter air as I made my way through a local park.

Along one of the more secluded paths, amid the earthy scent of rain-dampened ground, I came upon The Rabbi who was sitting on a bench deeply engrossed in a large volume from the Talumd.

As I approached, the book descended revealing keen eyes that warmed with recognition.

“Good afternoon Rabbi,” I greeted him and he responded with a similar polite acknowledgment.

It might have been the relaxed setting, or perhaps the recent relentless news coverage, but as we exchanged pleasantries I took the uninvited liberty of asking The Rabbi his advice on the upcoming Israeli general elections.

The Rabbi carefully set the book aside, marking his place with a rectangular strip of parchment decorated with exquisite Hebrew calligraphy. From where I was standing I was unable to read what was written in the text before it disappeared between the pages.

The Rabbi’s hand rose and gave a single stroke to his immaculate beard.

“Are you familiar with the Freudian theory of the Oedipus complex?” he asked.

I admitted only a limited knowledge of the subject.

“Briefly,” he began, “it suggests that as the infant son becomes more aware of the relationship between his parents he fears that his own father will castrate him in a fit of rage at the son’s competition in seeking the affections of the mother. This happens in the so-called Phallic Stage when a child is between three and five years of age.”

There wasn’t much I could say, so I didn’t.

“The boy would like to kill his father but knows that he is too weak. Unsure of how the father will act the boy lives in fear of injury instead. What follows is a crucial process of development involving the three sections inside the child’s mind, as described by Freud. The irrational, infantile id — the need for immediate gratification — is tamed by the rational ego and the moralizing super ego into understanding, accepting, and internalizing social norms and demands.”

I nodded to show that I was following the train of thought and The Rabbi continued.

“If we look at Israeli politics in the run up to elections certain parallels can be seen. The mother represents the Israeli public, the father the all-powerful media. Politicians are the child. Together they form the family unit of Israeli society.”

“I see,” I said, already curious to hear more.

“Now, where in Israeli politics do we see the infant penis represented?” he asked.

The question took me by surprise and no obvious answer came to mind.

“The prime minister?” I ventured.

An alarmed eyebrow shot up at the top of The Rabbi’s face.

The other eyebrow rose to join its twin.

“The opposition?” I tried in desperation.

The eyebrows descended and then squeezed together forming a frown.

“Opinions polls,” said The Rabbi, saving me from further embarrassment. “Surveys, questionnaires. Politicians live in fear that the media will cut down their rankings in the polls, leaving them emasculated before the public.”

“In Freudian theory the infant child first responds to the fear of castration with denial, suppressing memories. So too do politicians tend to ignore the past, or even pretend it never happened. There then follows a period of identification in which the son tries to take on the characteristics and personality of the father. Believing that aligning himself with his father’s habits will protect him from attack, the son relieves his concern of castration.” 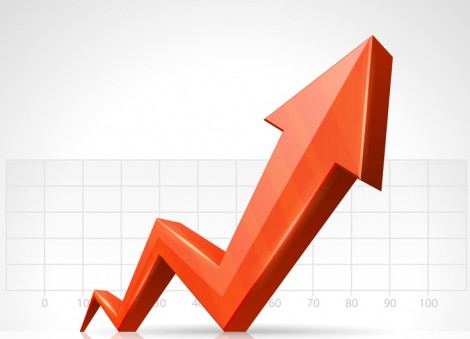 The Rabbi paused for a moment as I absorbed the idea and then he plunged on.

“In politics, those campaigning for office often feel that they are competing with the media for the public’s attention. Unable to throttle the news outlets the politicians desperately try to align themselves with the father-figure media in the hope that it will protect them from the awful fate of being downsized in the polls.”

“Fascinating,” I said, and it was.

“Now, in the development of a healthy child, the boy resolves the Oedipus complex by suppressing his id and then forms his own personality in which his id, ego and super ego are productively balanced.”

“I should try that myself,” I quipped but The Rabbi ignored me and carried on talking.

“Without going through and then resolving the Oedipus complex the son — or in this case the politician — can by ruled by his id, leading to aggression, over-ambition, and vanity.”

“That sounds familiar,” I agreed.

“Unfortunately, Israeli parliamentarians rarely make it through a full four years in elected office. Each time the Knesset is dissolved and early elections are called it returns the developing politicians to their infancy and the Oedipus complex starts all over again.

“Israeli politicians are trapped in the Phallic Stage!” he finished triumphantly but quickly added “figuratively speaking, of course.”

“At the same time,” The Rabbi noted, “the father — in this case the media — becomes fixated with the significance of its own polls to compensate for feelings of inadequacy at knowing how the elections will turn out.”

I pondered this for a few moments as The Rabbi reached for his book.

“And what of the mother, the public?” I asked.

“The mother, wanting what is best for the family, desires most of all that her son grow up and become an honourable man,” he replied.

The tome rose between us, ending the conversation, and I continued on my way.

About the Author
When he isn't writing outlandish blog posts just for fun, Stuart Winer is a breaking news editor at The Times of Israel.
Related Topics
Related Posts
Comments