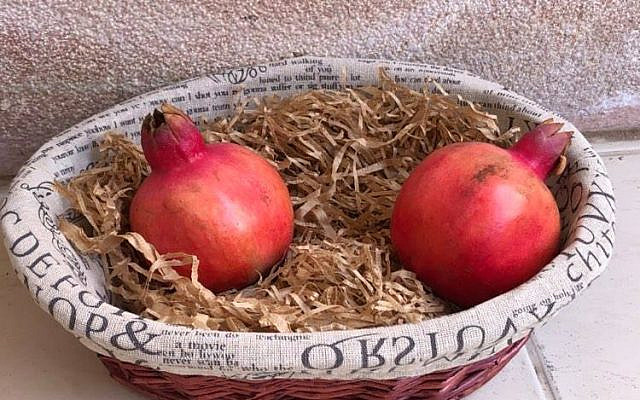 Biblically, Maasrot (tithes) are taken from crops according to a three year cycle. Every year, Maaser Rishon, the first tithe is given to the Levi.  During the first and second years, Maaser Sheni, the second tithe is taken. Since it has kedusha, sanctity, it must be eaten in Jerusalem. During the third year, instead of Maaser Sheni, Maaser Ani, the tithe of the poor is taken.

This cycle is repeated every three years, aside from the Shmita (seventh) year and Yovel (50th) year when Maasrot are not required as the entire Land of Israel is considered ownerless.

By the day before Pesach of the year after each three year cycle, the owner must make sure that all of the Maasrot were delivered to the proper destination. On the last day of Pesach of the 4th and 7th years, the Vidui Massrot, Confession of the Tithes is recited. It is preferable to recite it at the Beit HaMikdash, but it can be recited anywhere.

When you have finished tithing every tithe of your produce in the third year, the year of the tithe, you shall give to the Levi, the convert, the orphan and the widow and they shall eat in your cities and be satisfied. Then you shall say before HaShem, your God:

I have removed the holy things from the house and I have also given it to the Levi, to the convert, to the orphan and to the widow, according to whatever commandment You commanded me; I have not transgressed any of your commandments and I have not forgotten. I have not eaten of it in my intense mourning, I did not consume it in a state of contamination and I did not give of it for the needs of the dead; I have listened to the voice of HaShem, my God; I have acted according to everything You commanded me. Gaze down from Your holy abode, from the heavens and bless Your people Israel, and the ground that You gave us, as You swore to our forefathers, a Land flowing with milk and honey.

Why is it called a confession (Vidui) if no sins are mentioned?

Sforno points out that because of our and our parents’ sins, the privilege of performing the Temple service was removed from the firstborn who would otherwise have been recipients of all of the various tithes.

If B’nai Yisrael had not worshipped the Golden Calf, the Divine service would have remained the privilege of the firstborn and every Jewish home would have been like a sacred temple. Due to the nation’s downfall, it was necessary to remove the Maasrot from the home and give them to the Kohanim and Leviim.

Beit HaOtzar of the Machon HaTorah VeHaaretz is a fund that helps increase awareness of the Halachot involved in separating Trumot and Maasrot, while providing practical ways of giving the Maasrot to the appropriate destination. Beit HaOtzar facilitates giving Maaser Rishon to a Levi throughout the years preceding Shmita, Maaser Ani to the poor in the appropriate years and redeeming Maaser Sheni when necessary. In this way, they hope to reinstate the observance of these mitzvot.

How fortunate we are to have the Modern State of Israel where the Mitzvot HaTluyot Ba’Aretz, mitzvot that are only observed in the Land of Israel are being revived. The Shmita year will be starting with Rosh HaShana where we will be exempt from Trumot and Maasrot yet we will have many other practical laws of Shmita to observe.

May we merit to see the Mitzvot HaTluyot BaAretz become Biblical mitzvoth once again speedily in our days.