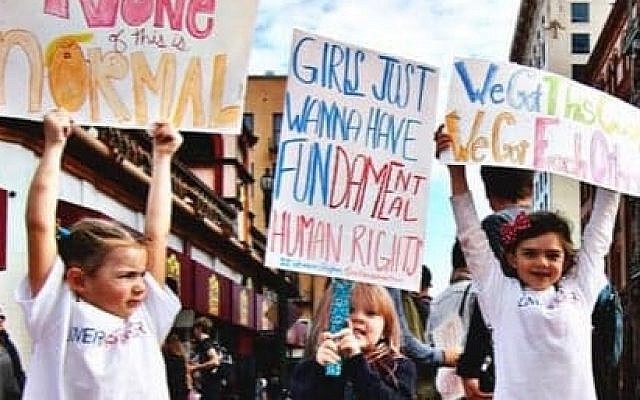 I was so sick this past month that I just skimmed the news. That should tell you how ill I was. But I have to say… standing near the podium yesterday with all the heads of national security reiterating that Russia is still attacking us, Sarah Huckabee Sanders looked like she was swallowing a mouthful of olives. She was completely overwhelmed hearing anyone, let alone multiple people, speaking the truth from her podium.

A new CBS poll showed that of Trump’s supporters, 91% believe everything he says as truth. Those same people only believe 63% of what their friends and family say is truth. I suspected all year that his hardcore supporters enlisted themselves in a cult – and these unfortunate statistics are revealing. This is beyond politics.

A cult leader is running our country and it’s ugly, ugly business. One of the main ways that cults operate is to separate cult members from their friends and family. What happened to these poor families at the border was real. But it’s also a foreshadowing of what could happen to all of us if we don’t stop Trump.

An intervention is long overdue. The nearly twenty years I spent being in ultra-Orthodoxy had similar components to being in a cult. People join cults because they are seeking something they’ve lost, or never had, or need to heal. But it eviscerates their lives and the lives of their loved ones in ways they couldn’t imagine.

This is not merely politics. What’s happening in America is a soul issue – just as slavery was.

The question is, do you think equality is worth fighting for? Do you think the world will turn toward goodness on its own if you sit this out? I suppose this is a warning – not to underestimate the ill effects of evil. That’s one of the core lessons of the Jewish people, of the Holocaust.

Yesterday our state held Primary elections. In thinking over my voting choices I realized that it’s not enough for our leaders to tick off the boxes on various priorities. I need to know they have the ability to understand the larger context and that they possess the lexicon to express it. We need much more than competent, efficient policymakers and lawmakers. We need our leaders to be philosophers, too.

The longer I live, the more I’ve come to understand how profoundly patriarchy is intertwined with these evils. It’s not simply a matter of gender or race or ethnicity or age or nationality or religion. Feminism is a course correction to a societal ill that has existed for thousands of years. Without the full force of patriarchy, we would not have Trump.

Slowly we are peeling the layers, seeing more of what’s been lying underneath all along. As in creating any deep change, we will all be required to summon the courage to sacrifice and grow, to seek balance and face truth.