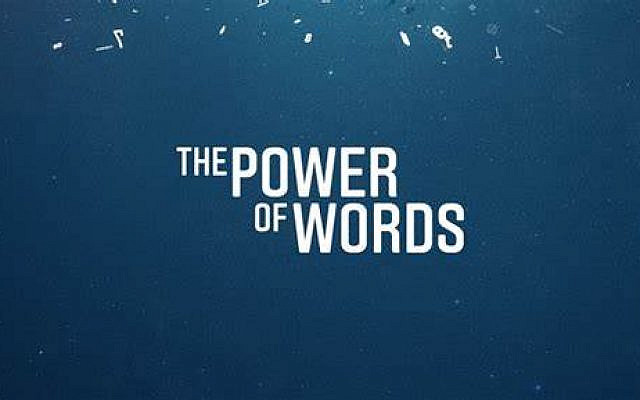 The Bible commands us, “Do not curse a deaf person.” If the problem with cursing someone was that his feelings are hurt, why would cursing a deaf person be a problem? After all, he cannot hear the curse, and I got it off my chest.

In Proverbs, King Solomon says, “Death and life are in the power of the tongue.” Is this statement true, even if no one hears what I am saying? Does the tree make noise when it falls into the forest, and no one is there?

Why should it make that much difference whether we use one letter or another Hebrew letter when our intent is only good?

The Talmud speaks of “a covenant made concerning the lips.” What a person vocalizes with his mouth has a remarkable and tremendous impact. The Talmud discusses how, in one place, the verse seems to imply that King Yehu was a great saint; yet, in another verse, it seems to indicate that he was not. The Talmud resolves the question in the following way. Because King Yehu said he would worship idols even more than did the wicked King Achav — although it was said only as a ruse to gather the false prophets and punish them — those words that came out of his mouth affected his standing in the eyes of God, casting him in a very negative light.

Once, in the Baal Shem Tov’s times, two fellows got into a heated argument. One of the fellows said to the other that if he were able to, he would tear him apart like a fish. The Baal Shem Tov became very serious and had all his students sit around the table, each with their hands on the shoulder of the other, forming a circle. As they were instructed to close their eyes, they were horrified to see one fellow tear his colleague apart like a fish.

The Baal Shem Tov turned to his students and told them, “In the world of spirit, everything we say creates an effect. And in the spiritual realm, which is the general source for everything that takes place physically, this fellow actually hurt his friend with the sharp words he spoke.”

The Bible says God created the human being, “The person became a living soul.” One of the greatest commentators, Onkelos, translates “a living soul” to “a speaking spirit.” The words we vocalize and generate represent our Godly spark’s highest, most profound expression. The ability to express ourselves and bring out to the world within, is uniquely Human.

When God created the world, He made it with ten statements. God was not commanding anyone when he said, “Let there be light.” There was no one there to talk to or to carry out His requests. What does it mean when we say that God spoke?

God, the source of everything, revealed from within an aspect of his infinite power in the form of light, animals, trees, and birds. This energy came forth from God internally through the faculty we call God’s speech. In the same way that God’s “speech” brings forth actual creative forces, so, too, do humans — who are created in the form and image of God and carry the spark and soul of God within — have power with their speech. “Death and life are in the power of the tongue,” even when no one is around to hear.

When a boy is born, there is a tradition to hold a party the first Friday night, and friends come over and wish well to the parents and the newborn. Once, there was a newborn who was having constant problems. The parents went to a great Rabbi for advice. He inquired further and discovered they did not have this first party.

The Rabbi told them to throw the party now and that everything would get better once, all the friends had come to offer the traditional blessings.

Be careful with what comes out of your mouth. It is more powerful than you imagine.