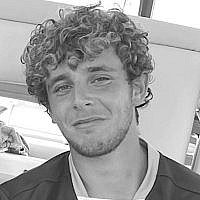 The Blogs
Joe Beare
Apply for a Blog
Advertisement
Please note that the posts on The Blogs are contributed by third parties. The opinions, facts and any media content in them are presented solely by the authors, and neither The Times of Israel nor its partners assume any responsibility for them. Please contact us in case of abuse. In case of abuse,
Report this post. 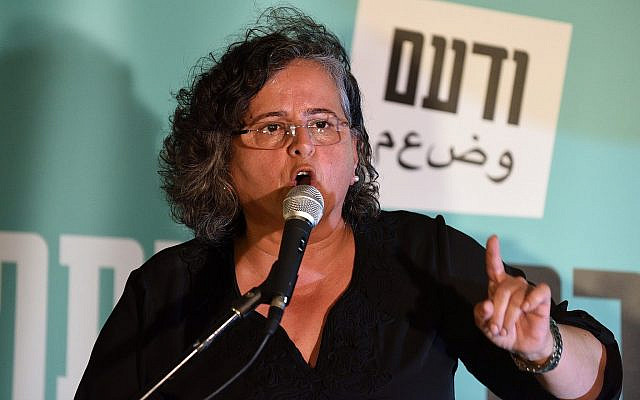 In 1990, Nelson Mandela was released from Victor Verster Prison in Cape Town after spending twenty-seven years behind bars. His only crime was that of rebelling against the white minority that subjugated his people by denying them the right to vote, to acquire land and to protest.

Similar regimes of oppression exist today in Iran, which executes political dissidents; in the West Bank, where being homosexual is a criminal offense; and in Saudi Arabia, which practices gender apartheid. As of yet, the international community has failed to put as much pressure on these regimes as it did on Pretoria, partly because it has been preoccupied with turning the nation-state of the Jewish people into a pariah. The United Nations, for example, has passed more resolutions condemning Israel than the other nations of the world combined. It is impossible to consider these figures and not come to the conclusion that the international community’s double-standard against Israel is blatant and morally bankrupt; much worse is that it has been aided in this endeavor by so-called human rights activists within Israel.

About a year ago, two members of the Knesset — Aida Touma Suleiman of the Arab Hadash Party and Mossi Raz of the Meretz Party — hosted an event in parliament titled: “54 years – Between Occupation and Apartheid.” The event, funded by the Israeli taxpayer, quickly descended into an anti-Zionist hatefest, filled with lies about the so-called apartheid system imposed upon Palestinians in the “occupied territories and within Israel.”

Of course, Raz and Suleiman had every right to host the event. In fact, that they were able to host it serves as a testament to the health of Israel’s thriving democracy. Former Israeli Prime Minister Menachem Begin put it most succinctly: “Without an opposition, there can be no democracy; without it, the essence of human liberty is in danger.” But I also reserve the right to express what I think about those who cynically exploit the seat of Israeli democracy as a means of delegitimizing the Jewish state — and it’s not much.

The hypocrisy of the Knesset members, especially Suleiman, an Arab-Israeli representative in the Knesset, is nothing short of astonishing. She does not speak yiddish and may not be familiar with the term ‘chutzpah’, but her behavior suggests she is full of it. Israel is a vibrant democracy where Arabs benefit from affirmative action policies, teach in Israeli universities and enjoy equal rights to their Jewish counterparts. This includes the right to serve on the Supreme Court, to vote and to elect members to the Knesset; some of whom oppose Israel’s right to exist and denounce her as an apartheid state.

To be sure, what is true of Israel is not necessarily true of the disputed territories. Israel withdrew from Gaza in 2005 and was consequently met with heavy rocket fire from Hamas militants. She maintains control over the West Bank only due to Palestinian rejectionism — that is, the inability of Palestinian leaders to accept a two-state solution that leaves Israel’s existence as a Jewish and democratic state in-tact.

In 2000, Yasser Arafat balked at a generous offer of statehood on 97% of the West Bank, with its capital in Jerusalem and a large compensation package for Palestinian refugees displaced during wars started by Israel’s neighbors. This drew opprobrium even from Arab leaders, including Prince Bandar of Saudi Arabia who described the rejection as “a crime against the Palestinian people, in fact against the entire region.” Likewise, in 2008 Olmert offered the Palestinians a deal which would have granted them sovereignty over even more territory, only to be met with no response from Arafat’s successor, Mahmoud Abbas.

Had these offers been accepted, there would be no roads restricted to Israelis or civilian settlements in the West Bank; the so-called accoutrement of Israeli apartheid. These policies are controversial, if not disagreeable. But to wage the ‘apartheid’ libel against Israel’s settlement enterprise and security precautions in the disputed territories — those which exist only due to Palestinian intransigence — is to egregiously misuse the term and minimize the horrors of the actual anti-apartheid struggles that took place in South Africa and the American South. One of the most celebrated proponents of this struggle — Martin Luther King Jr — once venerated Israel as “one of the great outposts of democracy in the world.” He would be dismayed with Suleiman exploiting his life mission to support her anti-Israel bigotry.

About the Author
Joe Beare is a student at Emory University in Atlanta, Georgia. He serves as the Vice-President of Emory's Progressive Zionist club and has written extensively on Israeli politics, the 2020 presidential election, and the history of Israel-South Africa relations. Along with his commitment to pro-Israel advocacy, Beare plays for Emory's Varsity Soccer Team and won a gold medal at the European Maccabi Games in 2019.
Related Topics
Related Posts