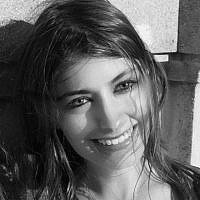 The Blogs
Sarah Katz
Apply for a Blog
Advertisement
Please note that the posts on The Blogs are contributed by third parties. The opinions, facts and any media content in them are presented solely by the authors, and neither The Times of Israel nor its partners assume any responsibility for them. Please contact us in case of abuse. In case of abuse,
Report this post. 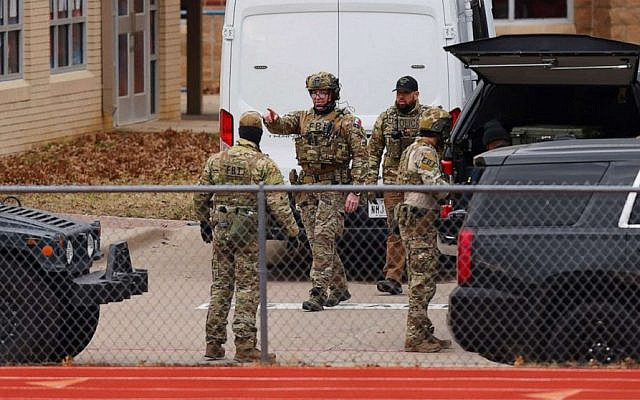 When a former non-Jewish co-worker shared a 2019 article entitled “Debunking the myth that anti-Zionism is antisemitic” following the recent synagogue hostage situation in Texas this past week, I assumed the post to be well-intentioned. Indeed, when he decried alleged claims delegitimizing Palestinian peoplehood and proposed a solution to the entire issue involving carving out land in Europe for either Jews or Palestinians, I realized once again how many folks external to the Israel-Palestine conflict misconstrue certain elements of the situation at hand, namely how the majority of contemporary Israelis do not have diaspora history in Europe, nor does the term “Zionism” – contrary to what many believe – call for a land bereft of non-Jews. Notwithstanding, various responses to this past weekend’s synagogue attack show once again how issues in the West can often lead to inflammatory discussions surrounding antisemitism, Islamophobia, Israel and Palestine.

Over the past decade, I have come to notice that much discourse surrounding Israel-Palestine seems to draw two assumptions: 1) That Israel provides safe haven largely or only for Ashkenazi Jewish refugees and their descendants, and 2) that the term Zionism basically equates to a vision wherein Israel exists as a racist Jewish ethnostate that seeks to ethnically cleanse all non-Jews. In fact, we even see the bitter outlook on Zionism perpetuated by various Jewish activists, such as Ariel Gold, founder of the grassroots anti-American imperialism movement CODEPINK. This manner of groupthink, especially when originating from within the Jewish community, only serves to support the notions adopted by individuals like my former co-worker which view the Jewish State as a Western colonial outpost in the Middle East.

Thereby, when viewed as yet another problem rooted in European expansionism, an optional homeland in Europe for either Palestinians or Jews might seem a lucrative solution – were the issue mainly about land dispute and enough folks from each side interested in living there. However, as both Jews and Muslims have suffered persecution in Europe from the Crusades to the Shoah to ongoing microaggressions today, many might not want to. Not to mention, in this particular case, the cultural and historical significance for both sides lies in the region of Israel/Palestine, even for those Jews ousted from ancient Israel (Judea) by the Romans, forced into migrating west to Europe while maintaining traditions such as Hebrew language systems, song and prayer.

That said, can anti-Zionism truly be deemed not antisemitic while technically calling for no Jewish homeland in the region despite a continuous Jewish presence dating back to antiquity? Notwithstanding, while Gaza-Israel conflicts often begin with attacks by Hamas, no one can deny the extent of collateral damage to innocent Palestinians. The issue arises when many on both the far Western left and in the Muslim world conflate Zionism with the goal of a Jewish state that harbors no non-Jews – when Zionism at its core only means a secure Jewish homeland in the region of ancient Israel. Such a vision says nothing about whether non-Jews can live there, and they absolutely should be able to. After all, Israel forcibly evicted all Jews from Gaza back in 2005, and I for one think new Jewish immigrants should make more use of empty land in the Negev and Judean Deserts as opposed to ever allowing eviction or demolition of Palestinian property in the disputed territories.

By and large, it often boils down to the association of Israel with the West and overall status as an Americanized entity in the Middle East. Whereas many Israeli Jews actually tend to view themselves as wholly Middle Eastern, as do many Jews still living in Europe who feel otherized by a collective memory of the Shoah and other pogroms. In fact, save for converts, the majority of Ashkenazi Jews still trace their ancestry to Israel, making it less equivalent to your conventional imperialist venture than one might think.

Moreover, as a half Mizrahi Jew myself, what I have observed many external to the issue often don’t know is that the majority of Jews in Israel actually never left to the West but are instead descendants of those ethnically cleansed from the Arab states and Iran. These folks actually tend to be some of the most passionate about staying on the land, now that they’ve had the opportunity to return.

So, in a nutshell, Palestinians are irrefutably a people, just as the way an attack on a diaspora synagogue bringing up issues in Israel shows that Jews are often attacked based on the very existence of a state in which they do not live only to have all grievances therein silenced by “Anti-Zionism isn’t antisemitism.”

About the Author
Sarah Katz is an author, screenwriter and security professional with a B.A. in Middle East Studies from UC Berkeley, M.A. in Counterterrorism and pursuing a Ph.D. in Cyberpsychology with a focus on augmented reality. Her work has appeared in the Jewish Journal as well as Cyber Defense Magazine, Dark Reading, Infosecurity Magazine, Tech Xplore, 365 tomorrows, AHF Magazine, Scarlet Leaf Review and Thriller Magazine. Her book "Back to the Tribe: Intersectionality through a Global Jewish Lens" discusses the dangers of stealth antisemitism masquerading as anti-Zionism on the Western left.
Related Topics
Related Posts
Comments