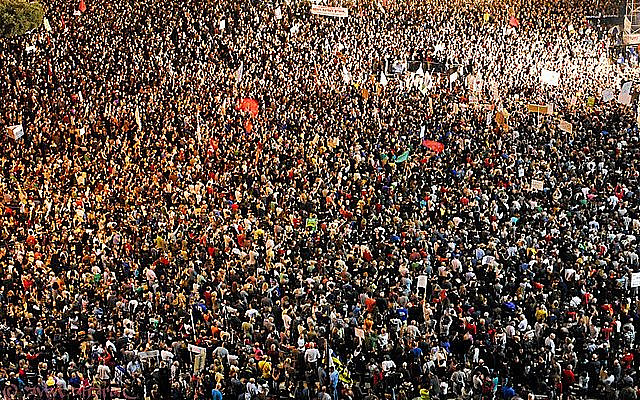 “How did it happen?” people ask. “How did the citizens of Israel elect so many right-wing extremists, who will now apparently become part of the new coalition government in Israel?” they wonder out loud. “And how did Netanyahu engineer his comeback from the opposition, even though he is undergoing a trial for major counts of corruption?”

These are the questions that I have been asked frequently during the past several weeks that I have been visiting in the USA, where I have been promoting my new book Profiles in Peace via book talks in synagogues, universities and non-profit interfaith organizations.

It is very difficult for me to respond to these questions since I am quite embarrassed and disturbed by what is happening in Israel.  Having lived in the country for 43 years now, I never expected that we would reach this stage in our political life. I know that the country has been moving to the right politically for a long time, but not this far right, not in a neo-fascist authoritarian direction, not with a government that seeks to override the Supreme Court and make the rule of law irrelevant.

Who is the authoritarian leader that is bringing all this upon us?

He is none other Benjamin Netanyahu—or “Bibi”, as he likes to be called—who was cast out by the people of Israel in the previous election. He is the man who brought the extremist political parties now known as “Religious Zionism” and “Jewish Power” and “Noam” (Pleasantness!) into the mainstream, in the previous election and certainly in this one. In a cunning and cynical political maneuver, he has turned politicians who were beyond the pale in Israeli political life into major partners in the coalition that he is currently forming. And they will soon be ministers in the government of Israel, wielding much power, with very big budgets.

What happened to him?

Do you remember the young Netanyahu who was Israel’s magnetic spokesperson at the UN? Do you remember how he used to be interviewed by CCN and other major networks where he spoke as a responsible statesman? Do you remember that he once shook hands with Yasser Arafat and signed a peace agreement known as the Wye River Memorandum (since it was signed at the Aspen Wye River Conference Centers, outside of Washington DC, in October 1998, when he was Prime Minister, only a few years after he vehemently protested the Oslo Accord signed in September 1993). Or does anyone remember his speech at Bar Ilan University, outside of Tel Aviv, in June 2009 when he openly espoused the two-state solution?  And does anyone remember that there was once a moderate Likud party with the likes of Benny Begin, Dan Meridor, and others, all of whom have abandoned Bibi and the Likud a long time ago, leaving almost no sane or responsible people left in that political party?

The current Bibi is a totally different person. Not only did he become Trumpified during the terrible four-year reign of the former president of the USA, but he has sunk to new lows by allying himself with the most problematic political personalities and parties in Israel. Along the way, in Trumpian style, he has sown hatred and discord in very deep ways. People who don’t go along with him are called traitors by him and his son and many of his flock.

Why? Why this transformation of a man who used to be responsible and rational?

According to one of the major columnists in Israel’s leading daily newspaper, Haaretz, by the name of Alon Pinkas, who was a former Consul General in NYC (op-ed in Haaretz on November 30th entitled “Disavowing Past Restraint, Netanyahu Threatens to Burn Israel to the Ground”), the answer is clear:

He is intent on one thing only: extricating himself from his legal predicament. The rest can burn.

While this may sound like a shocking statement, many other columnists in the Israeli press have been saying the same thing for a long time.

(For those of you in the USA, does this remind you of a man from Florida, to quote the NY Post, who has announced his candidacy for president, even though he is being investigated for multiple crimes?)

What do Bibi and his colleagues and cohorts wish to burn down? According to Pinkas:

Israel is currently – and excuse the melodrama here – in the midst of a hostile takeover from far-right and religious elements. They will comprehensively assault the judiciary, the constitution, the political system, the education system, law enforcement and the free press.

And I would add much more: they will bring illiberal Israel into a collision course with American Jewry and much of the rest of Diaspora, as we can surmise by statements that ministers-to-be in the new government make every day; and they will be in a constant clash with the American government and with much of the international community if they actually pursue the policies of annexation and increased settlement in the West Bank and Jerusalem, and continue to marginalize, not to mention rule the Palestinians who live there with an iron hand, continuing to deny them human rights, such as the basic right to build a home to live in.

In short, the act of bringing in the extremists into the government which Bibi is doing right now—with smiles, handshakes and photo-ops—is an act of sedition against Israeli society.

I recently read a book called Shanda (by Letty Pogrebrin), which means “disgrace” in Yiddish. In Hebrew, we would use the Hebrew expression busha v’herpah which is two words to emphasize that this is a very big disgrace (as Pogrebin related in her book). We use this expression when we are severely embarrassed by the acts of a fellow Jew, who has harmed our reputation as Jews in this world. This is certainly a phrase that I would apply to Bibi’s formation of this new dangerous government—dangerous for Israel, for Jews everywhere, and for the world.

But all is not lost. There will be a continued loyal opposition to Bibi and this new government by many good NGOs and by political parties in the Opposition in the Knesset.  Already, former Chief of Staff of the IDF, Gadi Eisenkot, who is a member of Benny Gantz’s National Unity centrist political party, is calling for a million Israelis to take to the streets and protest the formation of this new government.  In a recent interview for one of Israel’s leading newspapers, Yediot Ahronot, he said:

If Netanyahu harms the national interests of the State of Israel, if he harms Israeli democracy, state education, and the IDF as the people’s army — the way to deal with it is to take a million people out to the streets. I will be among them.

I would love to see this happen! And if it does, I will be there too.