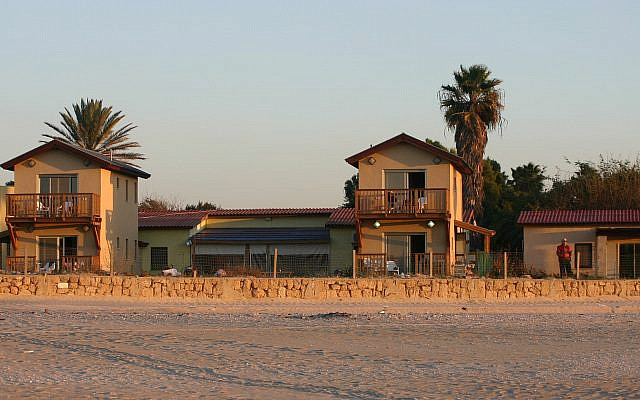 Back in 1999 I went with my wife and our three small children on an idyllic holiday on Israel’s Mediterranean coast. We stayed at a site known in Hasmonaean times as Dor, under the Arabs as  Tantura and now as Nachsholim. The resort is popular throughout Israel and we had heard very good reports about it. We were not disappointed.

What we did not know, at the time, was that the resort contained a dark secret. The year before we were there a Graduate student at Haifa university Theodore (Teddy) Katz produced a thesis arguing that the Alexandroni brigade, part of Israel Defence Forces, had carried out a massacre there in May 1948 killing an unknown number of Arab prisoners of war after they had surrendered as well as women and elderly people. Their bodies were apparently buried under the car park at the entrance to the kibbutz.

The thesis might have remained buried in academe had not a journalist, named Amir Gilat, working for Maariv, one of Israel’s largest circulation papers, produced an article setting out the details of the massacre. This prompted the veterans of the Alexandroni brigade to bring a libel action against Katz. He found himself in court and like many people faced with litigation was completely out of his depth. After day one, he issued a retraction and said there had been no massacre. The next day he withdrew his retraction which had been issued without the presence of his lawyer. The court however refused to allow the withdrawal. The case was settled on terms favourable to the plaintiffs. Opinion among historians, as to whether there had been a massacre, was divided predictably on lines reflecting their current political positions.

Recently there has been another twist in this tale. Israeli film director Alon Schwarz brought out a film about the massacre called simply Tantura, which has been shown at the Sundance film festival in Utah. It uses the testimony of Arab survivors and other witnesses but is based largely on the testimony of veterans of the Alexandroni brigade themselves. These soldiers now in their nineties or nearly so, all conceded that contrary to their testimony in court in the Katz case there had indeed been a massacre.

Multiple accounts were given of unarmed prisoners, having surrendered, being gunned down, some being herded into a barrel, some shot by a named individual with a pistol some killed by a machine gun. Elderly people and women were also killed. The numbers are quite uncertain. Estimates range from a small number to two hundred and fifty though this last figure is without corroboration. Aerial photography has determined not merely the location but also the size of the mass grave. When the evidence was shown to Drora Pilpel the judge in Katz’s case, her reaction was that he should not have apologised and conceded the case.

Obviously the question of whether a massacre took place is a major one, but a smaller, but still significant, question involves the unfortunate Mr.Katz. His Masters thesis was given 97% on his examination the highest grade possible. In his fifties he looked set for a late but satisfying academic career. The libel case put paid to that. Early in the case he suffered a stroke which his family put down to the stress of the proceedings. His degree was revoked and he was asked to resubmit his thesis which he did. It was rejected and that is where matters stand.

In 2015 a ceremony was held by activists at Nachsholim at the car park. Katz addressed it from a wheel chair and as a Zionist apologised for the conduct of the forces of the state. He was right to apologise but he is also a victim, not of the massacre, but of the determined attempt to cover it up. It is not unknown for plaintiffs in libel actions to go into court and systematically commit perjury- distinguished politicians have done so in this country. But it is unusual for there to be such a systematic cover up. Haifa University, in particular have hardly covered themselves in honour.

Even now, that the testimony in the film has really settled the question, there are still those saying that there is doubt over it. Moreover the story has received almost no coverage abroad. The UK press have not covered it. As for the diaspora Jewish press their response has been one almost complete silence. As usual one has to go to Haaretz to come across any coverage. It is like the killing of Eyad Hallak or the recent death of Omar Abdalmajeed As’ad.-as far as the diaspora is concerned these things never happened. The debate about Israel in the mainstream British Jewish community already pretty poor has now plumbed new depths.