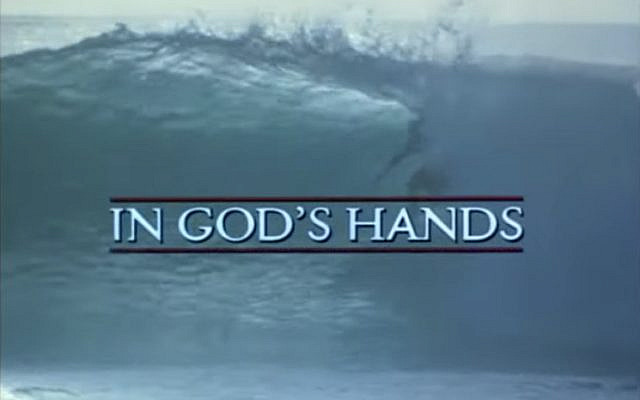 It felt like the darkest morning of the year. Torrential rains poured down on my hour-long drive from Jerusalem to Ashdod. The Brit Milah was scheduled to start so early I had to leave in the dark and daven upon arrival. In addition to the early departure, and the cloudy skies, it was Hannukah – by definition the darkest time of year.

The Bris was going to be in a shul after Shacharit, something I’ve rarely seen since the start of the COVID-19 pandemic. Most families have held their Smachot at home, keeping the numbers to a bare minimum.

I arrived with plenty of time to join the minyan but I was concerned about the synagogue’s layout. Many spaces only have enough room for 10 people to legally daven indoors. There was no chance for an outdoor service that morning.

I made a judgment call to pray in the car and limit my exposure to others. I also didn’t want to take a regular member’s spot. Saying Hallel alone in the car as lightning flashed overhead felt weird, to say the least, but that’s our new Coronavirus reality. With every flash of lightning, I grew more and more concerned that there would be a power outage in the middle of the Bris.

As dark as this morning began, the time period before the family first contacted me proved much more enlightening.

There’s very little a mohel can do to persuade people to use his services. Your success is almost solely dependent on word of mouth. Unsolicited personal recommendations are your sole currency. No matter how much advertising, blogging, or podcasting one does, it rarely translates into more work. As almost any business owner will tell you, הכל בידי שמים, everything is in God’s hands. But it took me a long time to learn this lesson.

Before this family asked me to be their mohel, I had heard about the birth through the grapevine. In previous years I would have immediately sent them a message, asking if they were interested in my services. When seeing posts in different Facebook groups, as I did this time, I would have commented, “I’d be happy to help.” But to my better judgment, I resisted the temptation. And thank God I did.

As time progressed, former clients and friends reached out to the family and recommended me. As if it wasn’t rewarding enough to see evidence of my positive reputation, in the end, the family asked me to perform the Bris.

Thankfully, the Brit Milah went well, with no blackouts, and I could add the parents to the growing list of customers I’ve had the honor to work with. On a side note, I learned my lesson about not checking the shul before praying. The sanctuary was a large space, split into five sections, with plastic dividers from floor to ceiling. The layout allowed for upwards of 50 people, so I certainly wouldn’t have taken anyone else’s spot. I was also relieved to have this set up for the safety of the event itself.

One of the benefits of doing a Bris in Ashdod on a stormy morning is that I can indulge in one of my other rituals – surfing. Due to the inclement weather, the waves were actually quite large and even well-shaped. While in the water, contemplating the lead up to this event, I realized the timing was quite serendipitous.

In the weekly Torah portion, we were situated between Parashat Va’Yeshev and Parashat Miketz (my Bar Mitzvah Parasha), which contain Joseph’s first dream interpretations and his release from prison. In Va’Yeshev, we read that upon completing the favorable interpretation for Pharoh’s cupbearer, Joseph makes a fundamental error. He says to the cupbearer, “But remember me when things are good for you, and please do this kindness for me, mention me to Pharoh so that he can bring me out of this house.” In the end, the cupbearer forgets Joseph and only mentions him when Pharoh is in need of his own interpretations two years later. Rashi brings a Midrash from Breishit Rabba which teaches that Joseph received an extra two years of incarceration because he hung his hopes on man and not God.

There are too many issues to fully unpack this entire Midrash, but as I sat in the water and a rare rainbow stretched across the sky, I realized an important life lesson. We are meant to work day and night for our success but in the end, we are not solely responsible for the outcome. There are times to ask friends and family for help and there are times to stay quiet and, in effect, pray Hallel in the car. But no matter if we succeed or not, we must recognize that הכל בידי שמים, it’s all In God’s Hands.