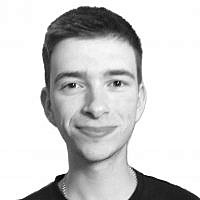 The Blogs
Joshua Holt
Apply for a Blog
Advertisement
Please note that the posts on The Blogs are contributed by third parties. The opinions, facts and any media content in them are presented solely by the authors, and neither The Times of Israel nor its partners assume any responsibility for them. Please contact us in case of abuse. In case of abuse,
Report this post.

Friday morning’s arson attack, which resulted in the death of an 18-month old Palestinian toddler in the West Bank village of Duma, is a disgrace to the Jewish faith.

The, so called, ‘religious’ Jews who carried out this despicable act do not have a place in my religion.

The Jewish sage, Hillel the Elder, speaks of a golden rule; “that which is hateful to you, do not do to your fellow.” So strong is this principle, that the sage dismisses the entire rest of Jewish law as mere “commentary” to this principle.

The perpetrator of this terrorist attack is so far removed from Judaism, that this simple, core principle does not resonate. It is easy to say, and mean, that this could not be further from what my religion stands for, that I do not associate with such vile and reprehensible acts, however no disavowal can possibly be enough.

No matter what we may say, these attacks were committed in our name, the name of the Jewish people.

And this, sad reality, brings me shame.

The graffiti left on the walls outside the burnt-out home read “Revenge”- Revenge for what?

Whether it is the stabbing of participants at Jerusalem’s Gay Pride Parade, the attacking of IDF personnel carrying out a court order to demolish illegally build Jewish homes, or the horrific firebombing of Palestinian homes killing 1-and-a-half year-old children, the problem is clear for all to see.

It is time for Israel to confront its problem of Jewish extremism.

I had hoped that we were better than this, but it seems not.

About the Author
Joshua studies at the University of Nottingham. He is involved in Jsoc, the National Union of Students and the Board of Deputies of British Jews.
Related Topics
Related Posts
Comments