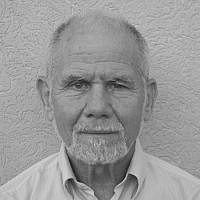 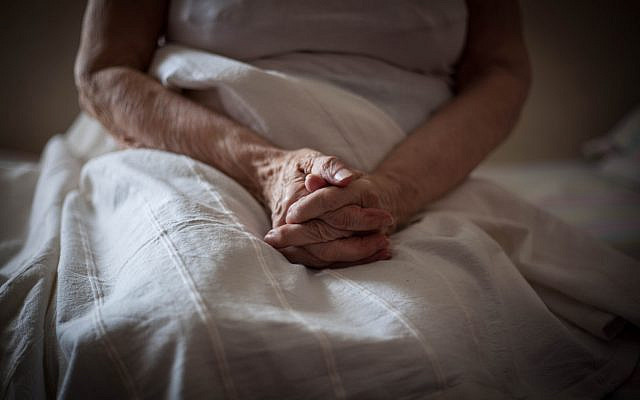 A new young health aide was hired this month. As he had been busy studying for entrance exams, we assumed he had been socially isolated. On his fourth day of work, however, it became apparent that he was not smelling the nursing home odors, and he was immediately sent home. A COVID-19 test revealed he had the virus. Although the Ministry of Health (MOH) protocol does not require testing in such cases, and permission to test a healthy person is not normally approved, in retrospect we were mistaken in not insisting on his being tested before starting work.

Until this point, our nursing home had been COVID-19 free.

The timing could not have been worse. A week earlier, our head nurse had left for a two-week study break before an important exam. In addition, several days before the health-aide episode, our director was flagged by the national Magen program that, while identifying those who have been physically exposed to people positive for the virus, cannot establish the degree of likelihood of transmission. In the absence of epidemiological follow-up, many uninfected citizens, like our director, are thus required by law to enter a two-week quarantine. I was asked to spend more time at the nursing home so that staff would have at least one administrator present.

As soon as we realized that our nursing aide was infected, we sealed off the home insofar as possible by curtailing visits by family members, outsiders and multidisciplinary team members, including myself. I switched to working only by telephone and computer.

There were several immediate tasks at hand:

There were medical issues too.  Here are two cases that illustrate the challenges.

Our aide fell ill on a Tuesday. On Wednesday, in accordance with MOH policy, we performed our weekly COVID test on all residents and workers. All results came back within two days, and all were thankfully negative.

On the Saturday, the nurse phoned to say that Sima, a 97-year-old Holocaust survivor who had been with us for eight years, was not doing well and was only minimally responsive. She had no fever, cough or symptoms of COVID-19, but among geriatric patients an acute illness can sometimes manifest itself as a general deterioration with no specific symptoms. Sima’s supportive family opposed sending her to hospital. In accordance with their mother’s expressed wish, if this was to be the end, they wanted it to come at the nursing home. At any other time, I would have complied and continued to treat her medically while keeping her as comfortable as we could.  However, we could not rule out the possibility that she might have contracted COVID-19 from the health aide. Her earlier negative test was reassuring, but did not preclude her having the virus, and if she was infected, it could spread to others. After consulting a MOH physician, I therefore insisted that she be referred to the hospital where she would first be tested for the virus and then be generally evaluated. Until COVID-19 infection was ruled out at the hospital, her family could not be with her. Several hours later, she was found to be negative for the virus to the great relief to both her family and the nursing home staff.

A treatable cause of her problem was diagnosed, and, when the hospital recommended admitting her, the family consented. By the next morning, she was responsive and feeling much better. This hospital admission may well have saved her life. However, another patient transferred into her hospital room that evening was later diagnosed with the virus, and Sima, instead of being discharged, was moved into hospital quarantine. This roller coaster of developments was extremely difficult for the family, especially the (adult) daughter. I am happy to report that Sima is now back in the nursing home, where she has completed further temporary nursing home isolation and is doing well. Like many of the few Holocaust survivors still alive today, she has extraordinary resilience.

Miriam, an 87-year-old resident who has been with us almost two years, is another example of a case that developed during this quarantine period. Wheelchair-bound, almost blind and quite deaf, Miriam had suffered from severe depression and made several suicide attempts before she came to us. Because of terrible hospital experiences in the past, she had made it clear to us that she did not want to be referred to the hospital. As she is significantly cognitively impaired, her judgment may or may not be deemed responsible. A few months ago, I had to stop her medications as she refused to take them. While she talks of wanting to die, she is, however, feisty and not always polite when expressing criticism of the care she receives. She has one daughter, herself a health worker, who, while supportive of her mother, is also fully aware of the complexities of dealing with her.

During the quarantine period, Miriam developed chest pain, a new complaint for her. An ECG suggested a cardiac problem but was not definitive. Miriam, uncharacteristically, asked to be referred to the hospital. I spoke with her daughter, who was surprised at her mother’s request and strongly recommended that I not comply. For a physician, this presents an unpleasant dilemma, as there was no clear-cut medical course of action and the two parties in the case had conflicting preferences. Confused, frail nursing home patients often do poorly in a hospital, even when the medical care is superior. Under other circumstances, I would have examined her myself, suggested the daughter visit her mother, held a family conference, and then decided what action to take. But, because of the quarantine, neither the daughter nor I could visit.

I equivocated. Miriam was treated with medication I prescribed and by the following morning, thankfully, her condition had improved. It then deteriorated, she was treated again, and again she improved. Even when feeling better, however, she continued asking about hospital. Then her heart developed an abnormal rhythm. I spoke with the daughter and asked, if despite the quarantine, she would like to visit her mother. She said yes, and dressed in protective gear, they met outdoors, from a distance. She surmised that, had her mother been clearer-minded, she would not have wanted to go to hospital. After some deliberation, I decided to defer to the daughter’s assessment. Miriam received medication that corrected her arrhythmia, and now, several days after this episode, she is still fine medically. From her daughter’s point of view, my most important intervention was not the pharmacological acrobatics, but, rather, enabling her to see her mother and play a role in the decision-making process.

This experience with an unexpectedly infected worker underscores the importance of taking hygienic COVID-19 precautions within the nursing home — even when the presumption is that no one is infected. Had we not conscientiously adhered to these measures, the virus could have spread catastrophically among the residents.

These are strange and challenging times. COVID-19 casts its shadow far beyond those infected. Although buttressed by the MOH and MDA and supported by the families, the nursing home staff and the physician are, in the end, those who must deal with COVID-19’s ramifications.