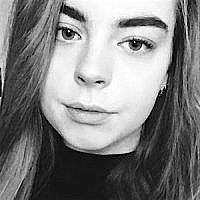 The Blogs
Jaël Niesink
Apply for a Blog
Please note that the posts on The Blogs are contributed by third parties. The opinions, facts and any media content in them are presented solely by the authors, and neither The Times of Israel nor its partners assume any responsibility for them. Please contact us in case of abuse. In case of abuse,
Report this post.

Anti-Semitism is rising in the Dutch society. Pro Palestine demonstrations are happening weekly on the Dam in Amsterdam and just a few weeks ago Rotterdam was hosting a Hamas conference. Tomorrow is the national memorial day for the victims of the Second World War, and even on this day far-left activists are making a fuss about the meaning of this day.

At 8 pm exact, the Dutch are having two minutes of silence to remember all the victims of the second world war. There are two official ceremonies; one at the Waalsdorpervlakte (dune area close to The Hague) and one at Dam Square in Amsterdam where the royal family will be attending. Initiator clergyman Rikko Voorberg is organising another ceremony at the same time. But not for the Jews or other victims of the second world war. No, the ceremony is for the refugees who drowned at sea in attempt to reach Europe. He is putting up three thousand white paper crosses on the Rembrandtplein, for the three thousand refugees that died. The square is just a few hundred meters away from Dam Square. Voorberg’s motive is that we have to face the fact that we make the victims. ‘If we intend to or not.’

Memorializing the refugees is fine, just not on May 4th. This day is for the Jews that suffered and murdered in the Holocaust, for the resistance who died fighting for our freedom and for other victims. Centre for information and documentation Israel (CIDI) has also let out their objection against the ceremony, as they stated in a press release on their website: ‘if we are going to remember everything, we will remember nothing.’

On Twitter, several left activists let out their opinions on CIDI and the memorial day. Things like: ‘Memorial day is a ceremony not an Israel ‘party’,’ and ‘What does CIDI has to do with memorial day at all?’. These comments are very worrying, especially when they come from left-activists. The Jewish writer and journalist Robert Vuijsje states in his latest column for the newspaper Trouw that memorial day is getting ‘de-Jewified’. Since it looks like it is getting a little less Jewish every year. It started in the 70’s, when homosexuals got involved, a few years later we had the peacekeeping missions in Lebanon, Afghanistan and Bosnia involved, and now the refugees.

It is good to keep all the injustice that is taking place in the world in mind, but not at expense of the Holocaust memorial. We cannot forget what happened in the Holocaust, not with the upcoming anti-Semitism. We have to keep learning today’s youth about the horrors Holocaust, wherefore we can banish anti-Semitism. But right now, this goal is further than ever.