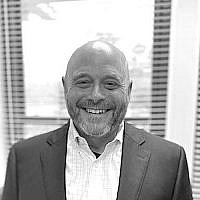 The Blogs
Douglas Sagal
Apply for a Blog
Advertisement
Please note that the posts on The Blogs are contributed by third parties. The opinions, facts and any media content in them are presented solely by the authors, and neither The Times of Israel nor its partners assume any responsibility for them. Please contact us in case of abuse. In case of abuse,
Report this post.

In the diaspora, the death of journalist Shireen Abu Akleh took place as we were learning the portion of Emor. She was killed in a firefight between Israeli forces and Palestinian gunmen, in Jenin, a place with heavy and difficult associations for Israelis who fought a brutal battle there during the second Intifada and suffered casualties in part because of reluctance to use heavy bombing to clear out terrorists.

In Israel, there is always a back story to the back story to the back story. The violence at the funeral of Abu Akleh took place after months of Palestinian violence and terror, on a Friday in Jerusalem, often a tension marked day in the Old City, and just before “Al Nakba”-the day of “catastrophe” for Palestinians that marks the founding of Israel. In the old story of the Israelis and the Palestinians, no tale can be told in a ten second sound bite on cable news. Everything is layer upon layer of pain and memory.

My late teacher, David Hartman, O”B”M spent his life trying to understand how Jews, who lived powerlessly for two thousand years, could now build a just society while possessing true power over others. He struggled to explain the conflict between the need of a Jewish state for security, but also to live according to Jewish values, developed during a period of powerlessness.

The portion of Emor is one source for the commandment of the “meit mitzva”-the unidentified corpse that appears with no apparent source for its death. According to the Torah and expanded upon by the Sages, even the Koheyn Gadol, the High Priest, must make himself impure to see to the burial of this unknown corpse. It is one of the supreme moral commandments of the Torah.

Shireen Abu Akleh is not a “meit mitzva”-we know who she was. But we do not, and will probably never know, who killed her. However, in keeping with idea of the meit mitzvah could more effort have been expended to make sure her final trip to her resting place was carried out in dignity? The Talmud in multiple sources speaks of the meit mitzva as an example of kavod habriyot, a matter of human dignity. (See Megillah 3b and Brachot 19b, as well as other sources).

Honestly, I do not know. She was killed during a period of high tension, in a place of high tension, the day before an expectation of violence and unrest, following the death of many innocent Israelis at the hands of Palestinian terror, including just recently an Israeli police officer. Perhaps the disturbances at her funeral were inevitable given the simmering tensions and Palestinian provocations. I do not pretend to have any answer. But the voice of my teacher calls out to me all the time-how do we live now as Jews with power, according to our truly priceless Jewish values, while maintaining the security of the Jewish state?

About the Author
Rabbi Douglas Sagal is currently Rabbi of Congregation B'nai Israel, Rumson NJ. He has served congregations in Connecticut, Chicago, and New Jersey. He is a past president of the New Jersey Association of Reform Rabbis. Rabbi Sagal is a graduate of Wesleyan University, Hebrew Union College Jewish Institute of Religion, Yale Divinity School, and is a Fellow of the Shalom Hartman Institute.
Related Topics
Related Posts
Comments