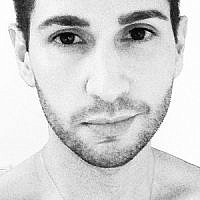 Last week, Prime Minister Benjamin Netanyahu accused UN Secretary General Ban Ki-moon of encouraging terrorism, in reaction to Mr. Ban’s statement describing the current, game-changing series of terrorist attacks as “a natural response to occupation.” In Thursday’s Haaretz opinion section, Israel Harel, a writer I respect, echoed the prime minister, criticizing the supposed legitimization of Palestinian terrorism and then reacting to the UN secretary general’s mention of the occupation by making an off-topic claim that the West Bank is actually not occupied at all.Harel’s statements are incorrect and, at best, understood only in the framework of Jewish nationalism, prejudice, and the absurd equation frequently used by Israel’s right-wing to sniff-out enemies with the precision of a sneeze:

Ban Ki-moon, as he elucidated in a New York Times op-ed, did not legitimize, excuse or endorse terror. Anyone who draws that conclusion, including Prime Minister Netanyahu, is either playing dumb or trying to distract the audience from legitimate criticism of Israel by using provocative, sleazy tactics, the intellectual equivalent of a fart joke.

The secretary general pointed out a historical fact. Oppression and the denial of rights result in popular uprising, which often takes the form of violence. “Terror” is only a semantic label for an array of actions with manifold contexts. Destroying the East India Company’s tea was terror. Blowing up the King David Hotel was terror. Acts of violence directed at people without guns were a part of the independence movements of countries like the United States, the French Republic, and, oh yes, Israel – countries that we wouldn’t want to envision the world without. Is terrorism as a means only acceptable when we agree with the ends?

Palestinians, stripped of land, equal rights, representation and hope, have turned their bodies into the battlefield. Individual, small-scale terror is easy, hard to combat, headline-grabbing and as history proves, effective. Terror has often been the only thing able to shake up the sleepy bourgeois and mobilize the mass. In 2015 terror woke Europe up from a comfortable stupor, and put the festering Syrian war and immigration crisis in its face and across its headlines. Terror, not Uber or Netflix, was the world’s first disruptive technology. The murder of an innocent person is abhorrent, period. Violence for freedom, however, is a grey area, and must always be judged in context. To quote Charles Blow, “You can’t condemn the unseemly howl and not the lash.” Terror is only as ugly as the cause behind it. And beauty is always in the eye of the beholder.

With Harel’s second critique of Ban Ki-Moon, claiming that Israel is not actually an occupying power in the West Bank because of its “historical rights,” the wolf finally sheds the sheep’s clothing. We have arrived at the dark heart of the warped logic of the occupation, logic that dooms its horse to lose the race, out of the gate. Harel argues that Jews have “deep ancient roots in its land.” That’s true. Archaeology proves it. However, his thinking goes off-road when he adds, “compared to the superficiality of the Arab roots in it.”

To when does Mr. Harel exactly date the Arab roots in the land we call Israel? Does the Arab lease on Palestine begin with Saladin’s conquest of Jerusalem (1187), the city’s conquest by Caliph Umar ibn Al-Khattab (683) or perhaps Muhammad’s Night of the Miraj, his miraculous journey to the Temple Mount (canonized in Islamic scripture between 700-800). Whichever he should choose, none can be classified as superficial.

What is the basis, actually, of the “historical rights,” that Mr. Harel attributes to the Jewish people in Israel? Is it mere antiquity? If so, then, when scientists find the Canaanite gene and a Canaanite national movement arises, the Jewish people are up the creek without a paddle. Perhaps Mr. Harel relies on the “continuous settlement” argument of Jewish rights to the land of Israel. But residence does not equal ownership, ask any Tel Aviv landlord. A very large community of Jews has lived in the territory now belonging to Russia since around the 7th century, but I don’t see Prime Minister Netanyahu claiming ownership of Red Square. Is Mr. Harel referring to the the Bible? I hope not. Because that un-scientific, un-historical, unverifiable book is the the prop of a Crusader Pope and not a historian. The Jewish Bible also features talking donkeys. If God is the one who gave the Jews the deed to Israel, let him come down and prove it.

Let’s not fool ourselves. Whether God agrees or not, the State of Israel exists because the Zionist movement, which starting around 1897, waged a miraculously successful campaign to convince the world’s powers that the Jews deserve a state. If not for the sympathy of international leaders (ex. Churchill) and consensus, the Balfour Declaration (1917), the end of the British Mandate, the Holocaust as proof of the Jews’ untenable situation in Europe, and a historic UN Security Council vote (1949) Israel would not have a popular license to exist. Israel is not a fact to be taken for granted. While the Jewish people might have a strong, real historical connection to the sand under Tel Aviv, it was, at least initially, thanks to military strength and international approval and assistance that it thrived on that sand.

These facts are nothing to be ashamed of. The Jewish people needs a home where it is free from the threat of anti-Semitism, free to practice its religion, express its culture, and defend itself. As a grandson of Holocaust survivors, history has taught me as much. Denying the facts is dangerous, but convenient for Israel the occupier. The same world consensus that gave Israel its ideological license and validity could just as easily take it away in the face of human rights abuses.

Unlike the State of Israel within its 1967 boundaries, the Israeli hold on the West Bank has no international license. It is the result of a military victory against Jordan in 1967, violates international law, and has even less political or ethical validity than Vladimir Putin’s recent invasion of Crimea. It’s only attempt at justification uses the antiquated vae victis or, “woe to the vanquished” justice of the of the disastrous Versailles Treaty or alternatively, Darwin’s jungle. If Judaea and Samaria are “the heart” of Israel, and Israel is not an occupier, as Harel claims, why didn’t Israel absorb the West Bank into the state in 1967 (Israel annexed the Golan in 1981) instead of keeping it and its Arab residents to fester in a military choke-hold and refugee camps, without equal rights or political representation for 50 years? The “heartland” assertion reeks of similar claims, like that on Kosovo by the genocidal government of Slobodan Milosevic, or Nazi Germany’s lebensraum.

The Jewish people’s historical connections to a particular patch of sand or grove of olive trees does not give the State of Israel the right to use all means imaginable: restriction of movement, dispossession, segregation, etc. to settle or control them. The German volk also had a historical connection and a right to self-rule in the land of Germany, but that right was eventually challenged and trampled by the nations of the world when it was abused.

Any sane, reasonable student of Jewish and Middle Eastern history cannot deny that the Palestinians and/or Israeli Arabs have a right to live freely and be fully included in the determination of their own fate, on the land they have inhabited for thousands of years, whether as part of an Israeli or Palestinian state.Israel Harel’s use of Jewish history is akin to ISIS’ use of the Muslim faith. There needs to be a paradigm shift in the debate about the occupation and the rights of the Palestinians in the West Bank. The Israeli right wing should be ashamed for hijacking the Jewish connection to the land of Israel for revisionist, fanatic purposes like validating the morally decrepit occupation and settlement industry.