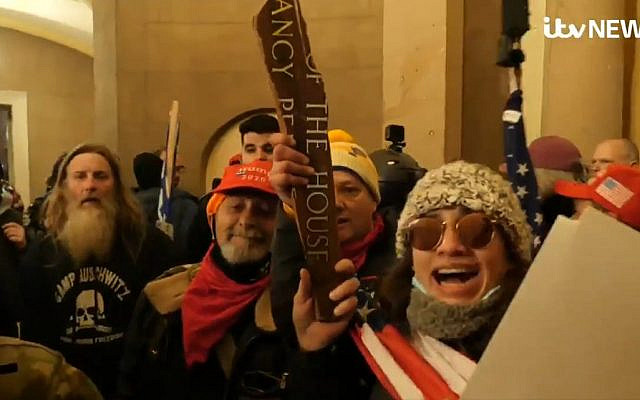 For the second week in a row I need to dedicate this dvar Torah to the memory of a friend and human rights hero. We buried Ezra Nawi on Saturday night.  I will write more at length about Ezra at another time. Now I will simply say that, as controversial and often falsely maligned as he was, so many Palestinians owe the fact that they haven’t been expelled from the South Hebron Hills because of Ezra. I believe that, along with his heart of gold,  some of his mistakes pushed him to do good. It is appropriate that he died on the Shabbat of the Torah portion of Shemot. In it we read that Pharaoh says to the “provocatuers” in his eyes, “Moses and Aaron, why do you distract the people from their tasks,” i.e., everything was fine until you showed up. Ezra showed up. We read of the first recorded example of civil disobedience, when the Hebrew midwives refuse to obey the orders of Pharaoh. In the face of evil and injustice, Ezra refused to play according to the rules.

My dvar Torah from Friday:

Usually my divrei Torah focus on human rights in Israel, and my self-identity is almost entirely Israeli. But, the horror of the storming of the Capitol and the fear in my brother’s voice when he called me in the middle of the night here (I was up, glued to the internet reports and videos), reminded me of just how connected I am to the part of me that was  “born in the U.S.A.”. Of course, people around the world with no roots in the US also watched in fear and trembling.  Even many of us with trenchant criticism of the flaws in US democracy, and of those left behind, have also appreciated what US democracy represents. Was or is US democracy truly in danger? Not because of those who broke into the Capitol, but because they represent millions of citizens who believe with all their hearts and souls in deep state, a world order of pedophiles, a stolen election, and that even Vice President Michael Pence was part of the conspiracy all along. The most die-hard Trump supporters are part of the problem if they don’t believe that the election was stolen. I am not a historian, but I don’t believe that the US has been so divided since the Civil War (some might argue the era of the Watts riots and Vietnam). The task of making the US again a country that is united, despite deep and often legitimate disagreements, will be just as difficult.

While I firmly support the right of Donald Trump and his supporters to search and present any real evidence that there were significant election irregularities, and would support calling for a new extraordinary round of elections should anything be proven, even after President-elect Biden takes office, I have been saying since the election that the spreading of lies, disinformation, and ungrounded suspicions could destroy the US.  If until now I thought that Trump’s legitimization of hate was his greatest crime, that crime may now have been surpassed by his irresponsible demagoguery and incitement.  I have known all along that there was a deep vein of anti-Semitism among many Trump supporters, but was nevertheless shocked by the picture of the man with the “Camp Auschwitz staff” shirt, and all of the other reports of open anti-Semitism.

It is important to state clearly that not all Trump supporters are evil people. Saying so is not equivalent to Trump saying that there were “very fine people” in favor of preserving the Robert E. Lee monument. The problem in that case was that the question he had been asked was not about the monument supporters. Donald Trump didn’t want to answer the actual question about the neo-Nazi/white supremacist demonstrators, attempted to create moral equivalency between the neo-Nazis and the counter protestors, and maintained that both sides were violent. Many Trump supporters are racist and anti-Semitic, but many are not. Many are good and decent people who do wonderful things in their daily lives, but have been swept away by Donald Trump’s demagoguery. The US will only be the US again if we can bring them to their senses. We cannot condone racism, homophobia, anti-Semitism, Islamophobia, or any other form of hate. It is true that the Trump supporters who are not inherently racist and anti-Semitic are nevertheless supporting a hateful agenda.  However, if US is to heal, we must hear their legitimate concerns for their families and livelihoods, and help them hold on to the non-hateful and non-oppressive aspects of the ways of life they cherish.

In my first year of rabbinical studies, Rabbi Ben Hollander z”l taught us that Pharaoh is a role model for demagogues, inciters and anti-Semites throughout history. I am sure that this Shabbat I am not the only one writing a dvar Torah comparing the demagoguery of Pharaoh and the demagoguery of Donald Trump.  Pharaoh tells the masses that, without my leadership to deal with them wisely, there is a dangerous and traitorous internal fifth column that will join our external enemies to destroy us and our way of life.

“And he said to his people, ‘Look, the Israelite people are much too numerous for us. Let us deal shrewdly with them, so that they may not increase; otherwise in the event of war they may joint our enemies in fighting against us and rise from the ground.’ ” (Exodus 1: 9-10)

Regarding “joining our enemies,” Seforno interprets this not just as joining in wartime. Pharaoh is saying “The fact that they are different than us regarding circumcision, language and their Hebrew ideas… undoubtedly make them our enemies, and they will reveal their hatred during war time.”

Returning to Israel for a moment, I slept in a field Wednesday night with Palestinian cattle herders who are attacked on a weekly basis by settlers from Hemdat and the unauthorized outpost in the Um Zuka nature preserve.  In recent weeks, one Palestinian had to be hospitalized with head injuries. Cows have been run over, shot and killed. On Thursday morning, the settlers may have wanted to attack the Palestinians, but saw we were there. Instead, they brought the army and police, who for years have allowed settlers to live and graze in the nature preserves and in the army live fire zone in the area, but constantly try to expel Palestinians. The state responded to a High Court appeal about this discrimination by saying that keeping either group out was low priority, certainly until the unauthorized outpost was taken care of. On a recent tour of the Israeli and Palestinian liaison units, it was stated that either everybody would be allowed in the area, or nobody. However, the soldiers and police committed sent to enforce Jewish discrimination against non-Jews weren’t interested in such details. Furthermore, when they detained one of the Palestinians, they warned him not to be in touch with us. In other words, those who refuse to do their job to protect the Palestinians who are constantly attacked and have their cows killed, try to prevent themselves from getting help from those of us who are willing to try to protect them.

This reminds me of the cruel twisted punitive behavior of Pharaoh who punishes the Israelites because Moses has shown up, tells Moses he is a provocateur, and that the slaves were happy down on the farm until Moses gave them uppity ideas about freedom and rights.  This also reminds me of the police commander who recently told me that the Palestinians and settlers got along fine until we showed up, and more or less confirmed that a huge rash of demolition orders was a response to our activity. Like the happy Israelite slaves, the Palestinians and settlers get along fine when Palestinians must accept every settler dictate and say “thank you” for not oppressing them more.

The ways of Pharaoh still abound in our world. But, with God’s help, we overcame Pharaoh. The human spirit is as undying as the burning bush that was not consumed. I look at the amazing work that Stacey Abrams did to register voters in Georgia, and realize that, while we told, “Never again did there arise in Israel a prophet like Moses (Deuteronomy 34:10), God can send redemption in many forms. Sometimes “Moses” will be a prominent leader. Sometimes “Moses” will be us, working quietly. Like Moses, our vehicles of redemption will have their flaws. We all have our role to play.

As a post Shabbat postscript, God sent Ezra, and we must now stand on his shoulders.