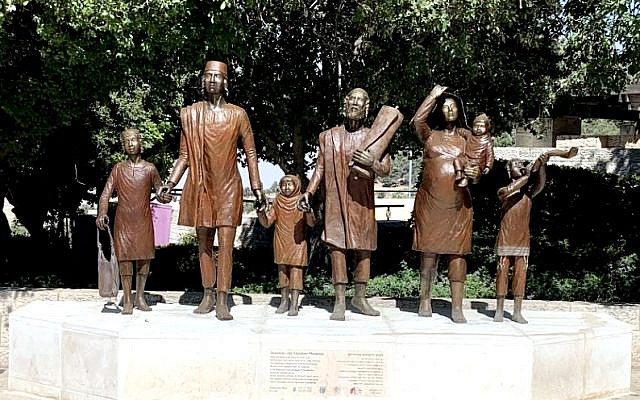 A new king arose over Egypt, who did not know Joseph. Exodus 1:8

In the long war for minds and ideas, domestically and globally, Israel has a long history of poorly defending itself.

Today ~ 60% of Israelis trace their roots to Sephardic or Mizrahi origins. Though the Knesset passed a law ordering the annual recognition of November 30 as the day to know their story, little has been done.

November 30, 2021, the first-ever permanent Memorial to the 850,000 Jews from Arab countries and Iran, who were ethnically cleansed from their homes of millennia with the birth of Israel, was dedicated. The Memorial is located on the Sherover Promenade adjacent to the Hass Promenade in Jerusalem. 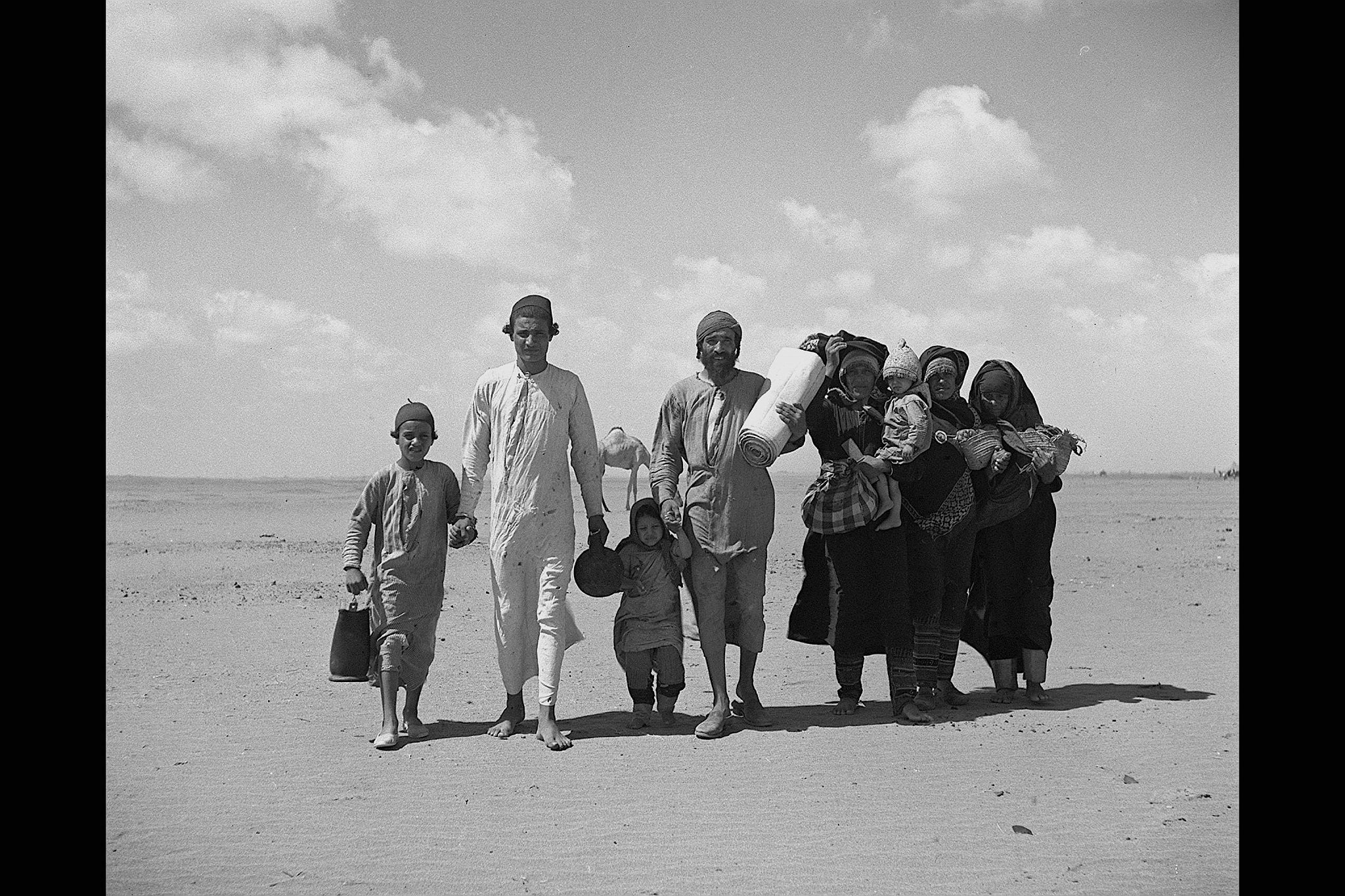 The Jewish American Society for Historic Preservation (JASHP), conceived, funded, and fabricated the Memorial with support from the City of Jerusalem, the World Sephardi Federation, and the Jerusalem Foundation. The Memorial is the artistic interpretation of the famous iconic 1947 image of a family of Yemenite Jewish refugees making their way through the desert in the hope of reaching safety in Israel. The Memorial is the brilliant work of noted Jerusalem sculptor Sam Philipe.

In and for Israel, JASHP has completed 17 projects. The projects are big and small, from the Exodus Memorial in Haifa, to restoring with dignity the sadly disintegrating gravesite of Shmuel Cohen, the composer of the music to the Hatikvah. The Departure and Expulsion Memorial, the Jewish Nakba Memorial, may be the most important. It is more than for memory. It is a tool for the defense of Israel.

Counter to traditional Israeli dedicatory programs, a recognized singer did not perform. Instead, the Jerusalem Boys’ Choir was invited. The story of the Memorial is not just about the past. It is about the present. It is about the future. The future is the children, all our children.

A friend wrote me about the dedication.

The statue is a wonderful and truly unique piece of art.

The Minister for Social Equality had just come from a ceremony at the President’s residence and spoke about the meaning of the Memorial Day to mark the Departure and Expulsion of Jews from Arab countries.

Your name was mentioned a number of times during the ceremony and how the creation of this extraordinary monument wouldn’t have happened without your passion.

Sam Phillip spoke about the importance of the monument because the Arabs tell of the Nakba when 700,000 Arabs were expelled from Israel, but the 850,000 Jews expelled from the Arab countries are never mentioned or recognized. The monument should be visited by every citizen and tourist as a means of countering those who support BDS and all those who seek to eliminate us from this land.

The most exciting part was that the children who had just made Aliyah, (represented) in the monument, attended the ceremony as elderly people.

Professor Ada Aharoni is a past Chairwoman of the World Congress of the Jews from Egypt. She has been awarded the Israel President’s Award by Shimon Peres for her Peace initiatives between Arabs and Jews. She was the first woman invited to speak at the Mahmood Mosque in Kababir, Haifa.

She quotes Eli Wiesel in her documentary Pomegranate of Reconciliation.

Who is the enemy?

The enemy is he whose story you do not know.”

She continues, “I know your story, my Palestinian brother. But you do not know mine.”

Palestinians and Israelis need to know each other’s stories. Today, the world refuses to hear Israel’s story. They hear only the Palestinian Nakba story.

Israel is regularly, systematically villainized globally in the minds of the future by one-sided deliberate historical ignorance.

. Antisemitism is being legitimized.

Israel can push back, must push back if Israel will but will it. Fewer and fewer sands of time are left running through the hourglass before the upcoming generation of hate and ignorance takes over the reins of leadership.

The Departure and Expulsion Memorial is a gift of defensive opportunity. It is a permanent interpretive place, not a one-day program. Tour guides and their tour groups must be encouraged to visit and learn as they come for their photo-op stop of the Old City vista from the Haas. Student curriculums, Jewish and Muslim, must have proper inclusion of all the story. Government officialdom, domestic, foreign, must come, not just visit Yad Vashem.

MASA and Israel Experience can bring their youth groups. “Visit Jerusalem” factoids, from the Times of Israel, Haaretz, Ynetnews to the Jerusalem Post can include the memorial to learn.

Perhaps next November 30, 2022, the President of Israel will attend with the dignitaries who heard his speech of memory this year only at his residence. Perhaps the story of the 850,000 who had nowhere to go when only Israel wanted them will be told by Israel’s broadcast media.

The language of memory must be more than Hebrew. The enemies of Israel do not communicate in Hebrew.

Will Israel use the gift?