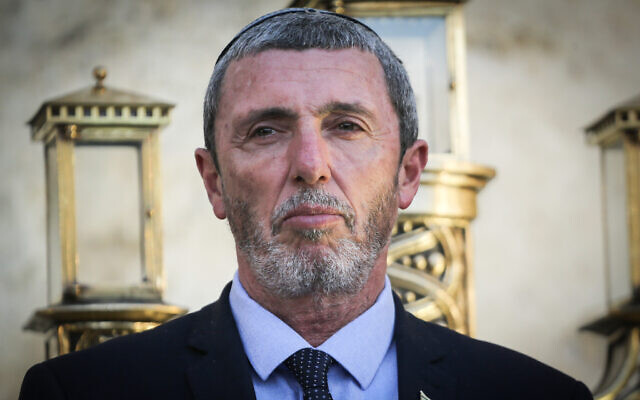 When I served in the army, Rafi Peretz was the IDF chief rabbi. At the time, he presented as a relatively moderate, inclusive and apolitical voice for the religious establishment, one whom all draftees were intended to be able to connect with.

It is perhaps as fitting as it is revealing to see how his persona has evolved since then: From entering politics; to quietly abiding the creeping dictates of fascism within his own party; to openly courting and inviting those influences, to the alarm of his broader constituency; and now, this. The unabashed hatred unveiling itself.

As comforting as it has been to receive the steady stream of text messages comprising the revolt of the party’s various mechanisms and components against this betrayal of Religious-Zionist values, I cannot help but question if this unraveling was not inevitable from the start, the moment that religion was admitted as an acceptable engine of state policy. There is thin line between political organization to represent the interests of the religious community, on the one hand, and political weaponization of religion itself, on the other. Rafi Peretz is not the first, and certainly not the last, to cross that line. Nor should it come as any surprise, when little care has been invested in defining such a boundary, whether from within or without.

Let this be a turning point for political Religious-Zionism, an opportunity to reflect on what its objectives in the public sphere truly ought to be, and how to incorporate those goals into a tolerant, sustainable collective that will not one day turn on them and their values, as well.

About the Author
I was raised in a small Ultra-Orthodox community in Milwaukee, and made Aliya at the age of 18. I volunteered in the IDF and continue to serve in the reserves. Today I work and research in the field of law, while enthusiastically pursuing my hobbies of historical and political research and discourse. I am a husband and father of two. I see it as my civic duty to strengthen and contribute to my society in any way that I can.
Related Topics
Related Posts
Comments