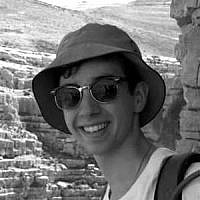 The Blogs
Benjamin Prawer
Apply for a Blog
Advertisement
Please note that the posts on The Blogs are contributed by third parties. The opinions, facts and any media content in them are presented solely by the authors, and neither The Times of Israel nor its partners assume any responsibility for them. Please contact us in case of abuse. In case of abuse,
Report this post.

In 1977 after having spent 28 years in opposition, Menachem Begin, the head of the Likud Party became the Prime Minister of Israel declaring a מהפך (Mahapakh – meaning change or upheaval) demonstrating the importance of the moment in the Israeli political arena. This term became a symbol for the triumph of the right of over the left, reminding the opposition-benchwarmers that it is possible to overthrow a well-established system. When Isaac Herzog won the Zionist Union primaries before this year’s election he too proclaimed “מהפך!!” utilizing this symbolic term, associated with the right, and used it to rekindle the hope of those who have become disenfranchised and disillusioned by the dominant right wing leadership since Yitchak Rabin’s death. Herzog stole מהפך, a dirty word amongst those on the left and redefined it, reshaped it and most importantly, reclaimed it.

The only thing for me to do now is to see if I too am able to reclaim a word. A beautiful word that used to symbolize hope, equality and vision but has now fallen out of favour with the rest of the world and a large part of the Jewish community. I want to reclaim Zionism from the the jaws of those who in an attempt to maintain Zionism are tearing both the idea and this state apart. I want to reclaim it so that Herzl would be proud of us. I want to reclaim it so that the Jews who I meet are proud to call themselves Zionists in contrast to the shame many people feel when defining themselves as such. Zionism has become a dirty word and the time has come to reshape it and reclaim it from those who I am ashamed to be categorized with as a Zionist.

During a program which evolved into a conversation of a similar topic to this piece, my friend noted to me that a large part of his interest in Israel stems from the defining feature of Israel. The Jewish State. As a Jew, he felt that he was being represented by the State and that the actions of the State represents Jews worldwide regardless of our consent. His constant engagement with Israel is borne out of his disagreements with Israel’s policy and an attempt to improve the state and how it acts on behalf of those it claims to represent.

In theory I believe many would endorse such a representation. The legendary story of Entebbe and Operations Solomon and Moses embody the notion of Israel as the guardian angel of Jews worldwide, but this is very much a rarity. As time goes on we became increasingly distant from our founding principles of “freedom, justice and peace” as well as “complete equality of social and political rights to all its inhabitants irrespective of religion, race or sex.” What Israel does now often makes me scared to declare myself a Zionist, when there is nothing more important to me than shouting it from the highest rooftops of every city in the world.

There is no doubt in my mind that I am a Zionist through and through. Like all Zionists I want to improve the state, not from my comfortable Diaspora armchair but from within the place itself. Israel reminds me of a youth movement in the way that it too is incredibly unique and dear to many but also incredibly dysfunctional and full of politics. But above all else, as a leader and participant within a movement you are able to affect change. So too is this my perception of Israel. A place that does a lot of things right and many things wrong, but is simultaneously an evolving society making me believe I can partake in its evolution and growth, as such the best definition for my Zionism is as follows:

For a long time Israel was evolving into its goal of being a light unto the nations but somewhere along the way we took a turn for the worse, devolving into a country where we trumpet our invention of the cherry tomato and the USB instead of our revolutionary and ethical founding values and ideas for the simple reason we no longer adhere to them. Our vision of equality and a flourishing society as dreamt by Herzl and the authors of the Declaration of Independence was meant to inspire others to follow our example. Now we are accused of racism and being an “apartheid” state, we are constantly on the defense feeling of victimized and isolated from the rest of the world. We are becoming an image of the Jews that Nachman Bialik described as having “trembling knees, concealed and cowering – the sons of Maccabees.” We are devolving back into the version 2.0 of the Old Jew, now scared of holding ourselves and our leaders accountable for tainting Zionism and selectively choosing which founding values to embed within our society. The Old Jews compensated with their lack of physical power by becoming dreamers and visionaries. Now we are compensating for our shame of falling short of our values and dreams by asserting our dominance and power over others. We have gone too far.

When I make aliya and am questioned as to my motives, I don’t want to whisper that I am a Zionist. I want to shout it. I want minds all over the world to be envious of how lucky I am to join such an incredible State.

It’s time to take back Zionism from those who are destroying it and in turn improve the reputation of the Jewish nation around the world. Zionism is a word that belongs to us all, it is incredibly powerful and has inspired action since it’s inception. It’s time to take charge of a word that established a state at the cost of many pioneers and reinvigorate it with the same drive to act as it once had. We already have a State, but we now must keep it to the same humanistic and ethical values we had in mind at its foundation.

Many of our prominent Zionist leaders are acting contrary to the values of Zionism and the time has come to (in a respectful manner) ensure they reevaluate their actions and policies and whether this fits into Zionism rather than their bastardized version of the concept. Herzl said “the best of the new world will belong to the most courageous. Here, to be sure, seems to lie the greatest difficulty.” And so I ask, will we continue to unravel the works and dreams of the Zionist forefathers, or will we be courageous and partake in the liberation of Zionism from those who have held it hostage.

This is our post-Zionist dilemma; disappointment at our failure to live as big as we dream. The time has come. מהפך מהפך מהפך!!

About the Author
Originally from Melbourne, Benjamin is currently on his Shnat Hachshara with Hineni Youth and Welfare. He plans on studying Arts and Material Engineering in 2016.
Related Topics
Related Posts
Comments