The Blogs
Geoffrey Clarfield
Apply for a Blog
Advertisement
Please note that the posts on The Blogs are contributed by third parties. The opinions, facts and any media content in them are presented solely by the authors, and neither The Times of Israel nor its partners assume any responsibility for them. Please contact us in case of abuse. In case of abuse,
Report this post. 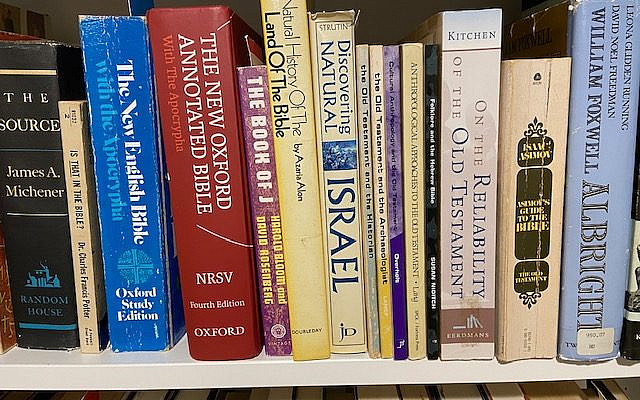 When I was a teenager, I discovered Jewish History. I was fifteen when I read my first book, Howard Morley Sachar’s ponderous The Course of Modern Jewish History. I then realized that I was a member of a three-thousand-year-old people and civilization. I wanted to know more.

I got on my bicycle and drove over to the Toronto Jewish Library. I remember that it was in a small house near Glencairn and Bathurst Street (the then pulsing heart of the Jewish community of Toronto during the 1960s). The librarian was a well read and soft spoken, Jewish immigrant with a mild Eastern European accent. He was intrigued that someone of my age and largely secular background wanted to join and read more about Jewish civilization.

I was hooked, and so I borrowed many books; various Jewish histories including a book on the Khazars, a Medieval Jewish reader and a book on Hellenism and the Jews, translations of interviews with Prime Minister Ben Gurion, stories by Israeli novelists and even some Jewish science fiction (The Tzaddik of the Seven Wonders).

I also struggled with books by Israeli academics like the German Jewish immigrant Gershom Scholem, who introduced me to the wonders of the Zohar and The Kabbalah, (medieval Jewish mystical books) and then I read translations of the remarkable Hebrew poets of Islamic and Christian medieval Spain.

The more I read the more it put me at odds with my fellow classmates at Forest Hill Collegiate Institute most of whose Jewish students were distancing themselves from their Jewish identities and joining mainstream Anglo Canadian society and culture.

Until then I had been part of the “in crowd.” I had long hair, played good guitar, and could imitate singer song writer James Taylor and, I had a show business background on national TV and radio. But that small still Jewish voice of mine could not get enough Jewish knowledge and eventually, I started socializing with students one year younger than me who were on a similar quest. (Try and remember what it felt like to break ranks with the “in crowd” when you were sixteen and seventeen. It was like leaving the Communist Party.)

The Jewish Library was my friend in those days. I remember that once, having bought and collected many Jewish books and not wanting to keep them, my brother and I donated them to the library, including a Gothic text English version of the Torah that someone ill advisedly had given me as a Bar Mitsvah present.

The librarian asked, “Are you sure you want to part with these?” I thought to myself, “I am not parting with them, I am sharing them.”

Writer Bill Gladstone has given us some historical background to the library.

The Toronto Jewish Public Library was founded by bookseller Ben Zion Hyman in the 1930s in a storefront location on Spadina Avenue, and by 1940 had moved into the Chambers Building at College and Spadina….Later it operated out of premises on Markham Street and Glengrove Avenue before moving in 1983 into its last location at 4600 Bathurst Street, where it was known as the Albert and Temmy Latner Jewish Public Library. Today the Frank and Anita Ekstein Holocaust Library fills the location where the former library used to reside.

And so, when decades later I returned from abroad with our two grown up sons after having spent many years in East Africa and Israel, I looked forward to reconnecting with the Jewish Library which I was told now resided in a well-endowed building at the Northern Jewish Y on Bathurst Street. Then suddenly, 14 years ago, in 2008 the library disappeared.

Was I surprised? Not really, just disappointed. When The People of the Book closes its own Jewish library, you know that it is no longer a priority among the approximately four hundred major donors who fund our key institutions, schools, and elderly facilities.

Understandably, one can argue that most of these materials can be accessed on the Internet but, the closing of the library is an indicator of a general decline in reading and a more drastic decline in Jewish historical literacy among North American Jews under fifty.

Worst of all it seems to say, “We are no longer the People of the Book but the people of the film, art gallery, the commercial, YouTube or Facebook.”

Starting as a minority of one, I believe that a functioning Jewish Library should be the number one funding priority of our now well-endowed community.(The one in Montreal is still open and functional). Its shelves would house a plethora of books on Jewish topics, in English, Hebrew, French, Spanish, Russian, Georgian, Yiddish, Hindi, all languages still in use among the Jews of the GTA.

It would have an audiovisual library dedicated to Jewish civilization in the widest sense. It would have a music library and spoken word archives.

Imagine the programs it would offer! Films and film festivals, concerts and theatre, language training, lectures, art, and photography exhibits from Israel and around the Diaspora. There would be age-appropriate programs for children, teens, and adults. The library would have its own web site, radio shows, TV talk show, and freely teach Hebrew in all its varieties, using the most engaging audio-visual tools.

The library  could be a hub of activity that fights anti Semitism through a positive engagement with Jewish culture for both Jews and non-Jews and, its Board members could be active public voices in the defense of Israel and the showcasing of its many cultures.

The possibilities are endless, and would provide a positive space for the exploration and celebration of Jewish culture. I long for that day.

In the meantime, Gladstone has shared with us what has really happened to that once august institution.

The library was closed some eight years ago when all of its books and resources were shipped to an off-site storage facility where they are still gathering dust. Picture a ghostly library in perpetual dark, as silent as any librarian might wish for, and you will not be far wrong….“They’re in storage on Magnetic Drive,” said Dara Solomon, director of the Ontario Jewish Archives and spokesperson for the now-defunct library. “The movers relocated the library and took all the books out of the boxes and set them up on the shelves.”…Tasked with finding a new home for the books, Solomon has been unable to find any takers. “No one is interested in taking on older books,” she said. “I haven’t been able to find any interest in them.”

Nobel Prize laureate, Isaac Bashevis Singer, the Yiddish speaking novelist and story teller extraordinaire, when he addressed the King of Sweden at the Nobel Gala dinner, explained that he wrote in the now dead language of Yiddish because as a Jew, he believed in physical resurrection after the coming of the Messiah and, he wanted to make sure that all those Jews had something good to read when they rise from their graves.

When the Toronto Jewish Library once again rises from its now darkened sepulchre, as I pray it does, I am hoping that there will still be Jews here in the Greater Toronto Area who are able and willing to take their children and grandchildren to read these books that will once again be physically available to the public.

I am not holding my breath, but like Bashevis Singer, I believe in the resurrection.

About the Author
Geoffrey Clarfield is an anthropologist at large. Having spent more than twenty years living and working in Africa, the Middle East and Asia, he offers readers a cross cultural perspective on the pressing issues of our times. He has contributed numerous articles to the National Post, the Globe and Mail, the New York Post, the Brooklyn Rail, the American Thinker, Books in Canada, Minerva Magazine and is a Contributing Editor at the New English Review.
Related Topics
Related Posts