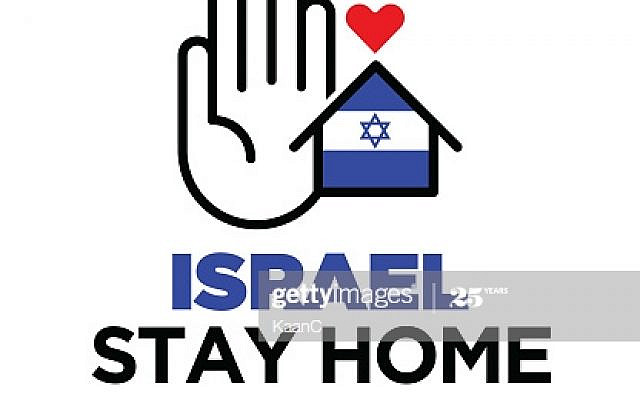 Within the last few days, there is mounting criticism of the Ultra-Orthodox “leadership” in Israel and especially of the leader of one of the main Ultra-Orthodox political parties called United Torah Judaism, Mr. Yaakov Litzman. Why? What has he done in recent days to endanger his own life and that of his wife—they are both now tested positive for the corona virus—and the lives of his followers in the ultra-orthodox Jewish community in Israel, as well as the general population of Israel?

First of all, as the Minister of Health for the past 9 years (as part of a coalition deal with the Likud party headed by Bibi Netanyahu) he and the Likud-led governments have starved the health system in Israel. Our health system has been suffering for many years by not having enough doctors, hospital beds or medical equipment. Thousands of people have died in our hospitals in recent years from infections of various types that they catch in the hospitals. In addition, our health system under Litzman’s “leadership”, or rather, lack of leadership, was not sufficiently prepared for the outbreak of the corona virus.

Leading journalists in Israel are now saying out in the open what many of us have felt for a long time: Litzman is the wrong man for this job and he must be replaced. One of Israel’s leading op-ed writers, Nahum Barnea, (in Yediot Ahronot, Israel’s largest circulation Hebrew newspaper), in his column this past Friday, excoriated Litzman for his irresponsible behavior, demonstrating clearly that he has acted in unconscionable ways in recent weeks and recent days that have caused great harm to his own people and to Israeli society.

It all began with the observance of the holiday of Purim a few weeks ago (March 9-10, 2020). Public events all over the country were cancelled due to the corona virus, but not public celebrations of the Purim holiday. Litzman found ways to observe Purim in his personal life and he did not demand that Purim celebrations be cancelled in his community or in any community- in Israel.  And it ended last week with Litzman being reported by members of his own community as having violated the orders of his own Health ministry by attending worship service with ten or more men that had been forbidden, in order to prevent the spread of the corona virus in Israel.

And in the  main editorial of this morning, April 5th, in the prestigious HaAretz newspaper in Israel (Israel’s version of the New York Times, which is actually published in both Hebrew and English in Israel and is delivered with the International edition of the New York Times), the reasons why Litzman should not be allowed to continue to be the Minister of Health are clearly delineated:

At the beginning of the coronavirus crisis in Israel, Litzman acted to exclude the ultra-Orthodox community from social-distancing rules and to permit mikvehs and synagogues to continue to operate. He even promised that the Messiah would come and eliminate the pandemic.

By now it is totally clear to all rational people in Israel that Litzman is unfit for his position, and is there only for political reasons having to do with building a coalition. Indeed the shocking news leaks from the current unity government talks between Likud (Netanyahu) and Blue and White (Gantz) reveal that the intention is to leave Litzman in his position, even though he is totally unqualified for this position. Otherwise there may be no coalition agreement.

Litzman represents the worst mixture of religion with politics in Israel. His version of religion—in his case, ultra-orthodoxy connected with the Gur Hasidic group—is both anti-modern and anti-Zionist. His brand of extremist other-worldly Judaism rejects science and the scientific method. They are Israel’s version of America’s evangelical groups-as in the case of Florida and other southern states, where their leadership have been telling their followers –and in some cases are still telling them—to continue to go to worship services, despite what the governmental authorities are telling them about the danger this poses to their own health and the health of the public. Moreover, Litzman and other ultra-orthodox Jewish “leaders”  are anti-state, i.e. they fundamentally reject many of the institutions of the state, like the army , the tax authorities, the police, the secular news media, and the secular courts—and therefore it is no wonder that many of their followers have ignored or rejected the directions of the authorities in the current crisis.

In recent days, I have been developing some empathy for the people who are suffering now in B’nei Brak, Meah Shearim, and other ultra-orthodox Jewish communities in Israel. They have been misled by their political and rabbinical leadership. Many people in Israeli society who radically disagree with their way of life, are expressing solidarity with their suffering, including the leaders of the Arab community in Israel—Ayman Odeh and Dr. Ahmed Tibi—who have spoken up for them over the weekend and on the news today. They are really suffering and the Israeli Army is now being called in to help them survive during this emergency.

But I have no sympathy for their antiquated fanatical irresponsible leadership which has caused them so much harm. And I have even less respect for Bibi and Beni who are apparently agreeing to keep Liztman as Minister of Health in the “emergency unity” government that is being formed (or not), as of this writing. This is why I have signed a petition—along with thousands of other Israeli citizens—to demand the removal of Litzman as Minister of Health right away.

At this juncture in our history, during the unprecedented health crisis facing Israel (and the world), we need a real minister of Health, one whom we can all trust and respect, one who can lead us out of the world of darkness and plague into the world of light and hope, especially during this season of Passover which is meant to bring some hope to the people of Israel and the world.

About the Author
Rabbi Dr Ron Kronish is the Founding Director the Interreligious Coordinating Council in Israel (ICCI), which he directed for 25 years. Now retired, he is an independent educator, author, lecturer, writer, speaker, blogger and consultant. He is the editor of 5 books, including Coexistence and Reconciliation in Israel--Voices for Interreligious Dialogue (Paulist Press, 2015). His new book, The Other Peace Process: Interreligious Dialogue, a View from Jerusalem, was published by Hamilton Books, an imprint of Rowman and LIttelfield, in September 2017. He recently (September 2022) published a new book about peacebuilders in Israel and Palestine entitled Profiles in Peace: Voices of Peacebuilders in the midst of the Israeli-Palestinian Conflict, which is available on Amazon Books, Barnes and Noble and the Book Depository websites,
Related Topics
Related Posts
Ron Kronish
Comments