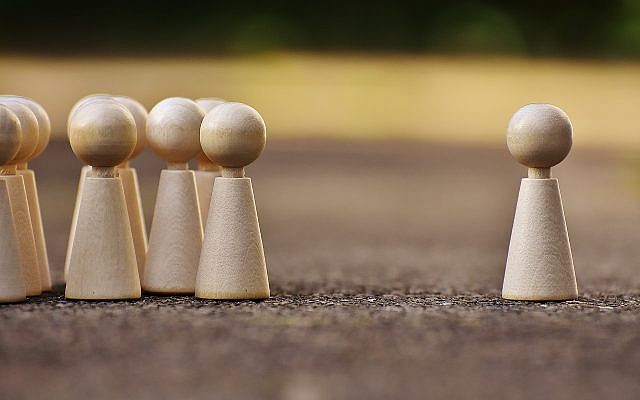 Can someone from the outside see better than those on the inside?

The word that introduces and is the catalyst for Yitro’s advice to Moshe is va’yar, to see — “וַיַּרְא חֹתֵן מֹשֶׁה – Moshe’s father-in-law saw.” (Exodus 18:14) This seeing is not merely observing. When Moshe later implores Yitro to stay with the people, he says “And you will be for us as eyes.” (Numbers 10:31). Clearly, there is something in the seeing of Yitro that is not accessible to the people themselves.

Yitro’s seeing is one of discernment. As an outsider, he was able to see something that Moshe could not. Moshe, working from within a system, took the system for granted. He didn’t even realize that he was operating within any system at all! It was reality as he knew it.

At the beginning of the Exodus story, we encounter another “וַיַּרְא” which is likewise the catalyst for significant action. It is the וירא of Moshe, himself an outsider to the slavery and suffering of the Israelites. He encounters an act of oppression: “וַיַּרְא אִישׁ מִצְרִי מַכֶּה אִישׁ־עִבְרִי מֵאֶחָיו – and he saw the Egyptian smiting the Hebrew.” (Exodus 2.11). Moshe’s “seeing” was the discernment of an outsider. The Israelites themselves knew that they were being oppressed but just took it as the reality of their lives. An Israelite being beaten? Just another day at the office. Moshe, however, was outraged. He saw the indignity of their treatment, the injustice of enslavement. And this discernment, and his acting upon it, led to all the events that eventually culminated in the redemption of the people from slavery. Because he, and eventually they, could realize that another reality was possible.

What, then, was Yitro able to discern? What was the essence of his advice to Moshe? Two things. First, not just to delegate, but to know what to delegate. To understand what the role that you are meant to do, and what is the role that others can do. 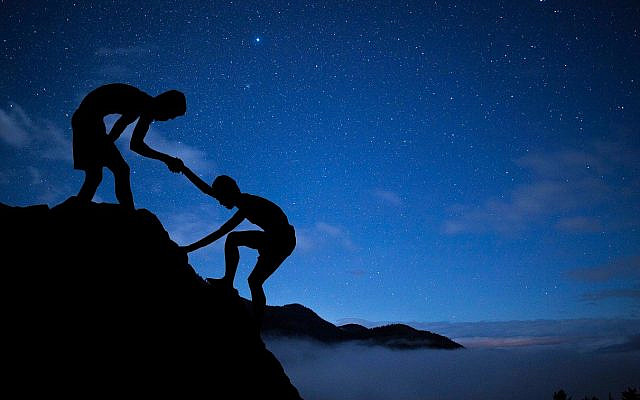 Yitro spells out to Moshe what his unique task is. Moshe is to bring the people to God: “הֱיֵה אַתָּה לָעָם מוּל הָאֱ-לֹהִים וְהֵבֵאתָ אַתָּה אֶת־הַדְּבָרִים אֶל־הָאֱ-לֹהִים – You shall represent the people before God, and bring their words to God.” (Exodus 18:19). As a leader, you must internalize and represent the struggles and success, the yearnings, complaints and desires, that people have in their relationship to God. You must bring the people close to God. Alongside this, you must bring God to the people. “וְהִזְהַרְתָּה אֶתְהֶם אֶת־הַחֻקִּים וְאֶת־הַתּוֹרֹת – you shall tell them the mitzvot, וְהוֹדַעְתָּ֣ לָהֶ֗ם אֶת־הַדֶּ֙רֶךְ֙ יֵ֣לְכוּ בָ֔הּ וְאֶת־ הַֽמַּעֲשֶׂ֖ה אֲשֶׁ֥ר יַעֲשֽׂוּן – and the way the path they must go on, and the actions that they shall do.” The other stuff — the judging of the people — leave that to others. Know what your unique role is and focus solely on that.

This is an essential message for all of us, not just for religious leaders. As a student of mine said, “There are things that have to get done in the world. Very important things. My task is to know what are the ones that I must do, and what are the ones that must be done, but not by me.” This plays out in terms of our lives and in terms of our work. We can get caught up in a million things, but a good manager will say, “Hey, your time is valuable. We don’t pay you to do all this busywork. Let someone else do that. You focus on what you can uniquely contribute to the company.”

Yitro’s second discerning was — surprisingly — about Torah itself, and was key in preparing the people for receiving the Torah at Mt. Sinai. He was, in essence, saying to them: You are about to get all the mitzvot, the thundering commandments from God, followed by scores of mitzvot and civil laws in Mishpatim. You are about to be terrified by God’s commanding voice, and respond – “We will do and we will listen.” But as someone coming from outside this world of Divine commandment, I have something to tell you: A religious life is not limited to observing the specific and concrete mitzvot. Moshe, teach them the laws and the mitzvot,” — yes, but also “teach them the path on which they should walk.” The Rabbis (Baba Kamma 100a) tell us that “the path” refers to gemilut chasadim, bikkur cholim, and burying the dead. It is a life lived with care and concern for others. And observe not just the action, but “the act as it should be done” — acting beyond the letter of the law, guided by the spirit of the law.

This is our job in life. First, to be able to step outside our bubble and to be able to ask ourselves: What are we assuming to just be the way things are, when alternatives are genuinely available? If we’re having trouble taking this stance from the outside, we can bring in somebody who can help us. We can hire a coach to help us see differently, to tell us what other possibilities exist, and to guide us as to what we are doing right, where we are using our talents most effectively, and where we are going wrong. And an outside can help us identify when we are paying so much attention to the concrete acts that we are doing, that we are losing sight of the bigger picture. We are doing the acts, but not as they should be done.

This was the advice that Yitro, as an outsider, was able to give. And from a religious perspective, as a precursor to Matan Torah, the advice of bringing values and human connection into our life of mitzvot is one that we, as insiders, can so often lose sight of. Let us never forget the need for the discernment of an outsider and the enduring advice of Yitro.