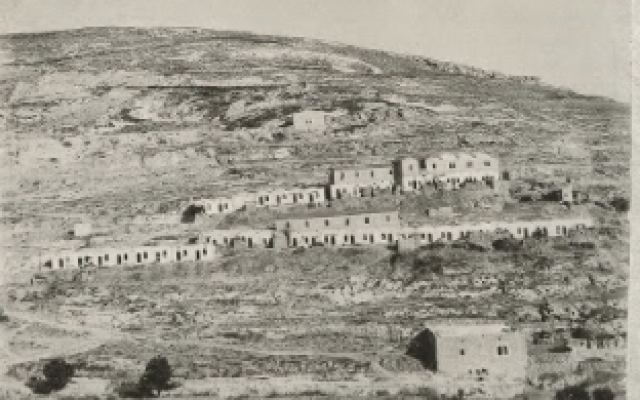 By now the name ‘Sheikh Jarrah’  will be familiar to anyone who has been following events in Israel and Gaza. You will have learned that Arabs living in four houses in this neighbourhood in East Jerusalem have been under threat of eviction. The full facts of the case, which has been winding its way through the Israeli courts for over ten years, have been frequently distorted – but are well set out here. It is not, as reported by The Guardian, ‘that Israel had plans to evict hundreds of Palestinians from their homes in East Jerusalem’. It  is because they refuse to pay rent.

Furthermore, the Guardian editorial states: “Under Israeli law, Jews who can prove a title from before the 1948 war can claim back properties in the city. This cannot be justified when no similar law exists for the Palestinians who lost their homes. “
This is not strictly true.  Arab-Israelis internally displaced by conflict have been able to file claims in the Israeli courts.
The media almost never tell the Jewish side of this story. Jewish  property rights, and the ethnic cleansing of Jews from their homes are never mentioned. The issue is framed to convey the impression that Jews claiming these homes are ‘settlers’ or ‘interlopers’.

It is estimated that 3,000 Jews were expelled from East Jerusalem in 1948 ( between 17,000 and (according to historian Benny Morris) 40,000 Jews were made refugees from Gaza, the West Bank and Jerusalem). The descendants of those Jews expelled from 100 homes in the Eshel Avraham neighbourhood in East Jerusalem in 1929 still retained their title deeds until April 2014, when they decided to sell the properties. Jews were evacuated from Hebron after 1929 and  Silwan  (Shiloah) in Jerusalem  in the 1930s for their own safety,   upon orders of the British. Some of the latter are trying to recover their homes.

The JNF purchased hundreds of individual parcels of land in and around Jerusalem during the 1920s, 1930s and 1940s. Some ended up under Jordanian control. In 1948, on one of these parcels the UN built the Kalandia refugee camp, seizing the land without permission from the owners, the JNF. The JNF also lost land in the Dheisheh refugee camp in the West Bank. Other parcels of land in ‘Arab’ East Jerusalem were cut off from their Iraqi and Iranian Jewish owners after they came under Jordanian rule.

It is also a little-known fact that hundreds of thousands of dunams in the rural West Bank – including the Gush Etzion settlements, land between Nablus, Jenin and Tulkarm, and in Bethlehem and Hebron – were seized by the Jordanians after 1948. Jews also owned land in Gaza. In leaked documents called the ‘Palestine Papers’, the Palestinian leadership frankly acknowledged former legal Jewish ownership of land in Jerusalem, on its outskirts and in the West Bank, as well as Gaza.

The Beit Yehuda Society on the western slopes of the Golan Heights  owned 2,000 dunams of land ( one dunam equals one English acre – or 1,000 sq.metres). The JNF even owned land in what is today southern Syria.

No Jews have been able to recover lost land and property in the  West Bank  since 1967.  The property came under the control of the Jordanian Custodian of Absentee Property after the 1948 war.  Jordan frequently leased or sold Jewish-owned land to Jordanian citizens. The Israeli government has not wanted to open this particular can of worms.

Hundreds of thousands of Jews, scapegoated as Zionists in Iraq, Syria, Egypt, Libya, Yemen, etc, in a mass uprooting resulting from the Arab-Israeli conflict and evicted from their homes, have never received compensation or restitution for millions of dollars worth of lost property and assets.

Because it has come under Israeli jurisdiction, Jerusalem is the only place in the Middle East where Jews are in a position to claim restitution. But the rights of the existing Arab tenants remain protected under Israeli law as long as they have been paying rent – which  in the Sheikh Jarrah case they have not.

Jerusalem is an exception. The truth is that Jews have been consistently driven out of their homes by violence, intimidation, or persecution, whether in Palestine or Arab countries.  Today these are almost all judenrein.

The thorny issue of  property rights demands a comprehensive solution for refugees created on both sides of the conflict. As part of an eventual peace settlement, the fairest solution might be for an international fund to be established to compensate refugees on both sides – Jewish and Arab. Until that day comes, context is all.