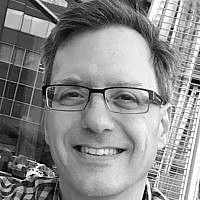 The Blogs
Eric Braun
Apply for a Blog
Please note that the posts on The Blogs are contributed by third parties. The opinions, facts and any media content in them are presented solely by the authors, and neither The Times of Israel nor its partners assume any responsibility for them. Please contact us in case of abuse. In case of abuse,
Report this post.

Every story has a viewpoint that comes in from one angle and, if told well, sweeps you into its arms. But viewpoints are subjective and reality is multifaceted. True West, the play by Sam Shepard, brings together two very different characters and slices of reality to confuse us about which side to take. Two brothers spend a few days alone in the mother’s home and swirl around like oil and water, each attempting to get what he wants or needs, which may or may not be in conflict with the other brother.

Conflict is part of being human, and it is never pain and simple. 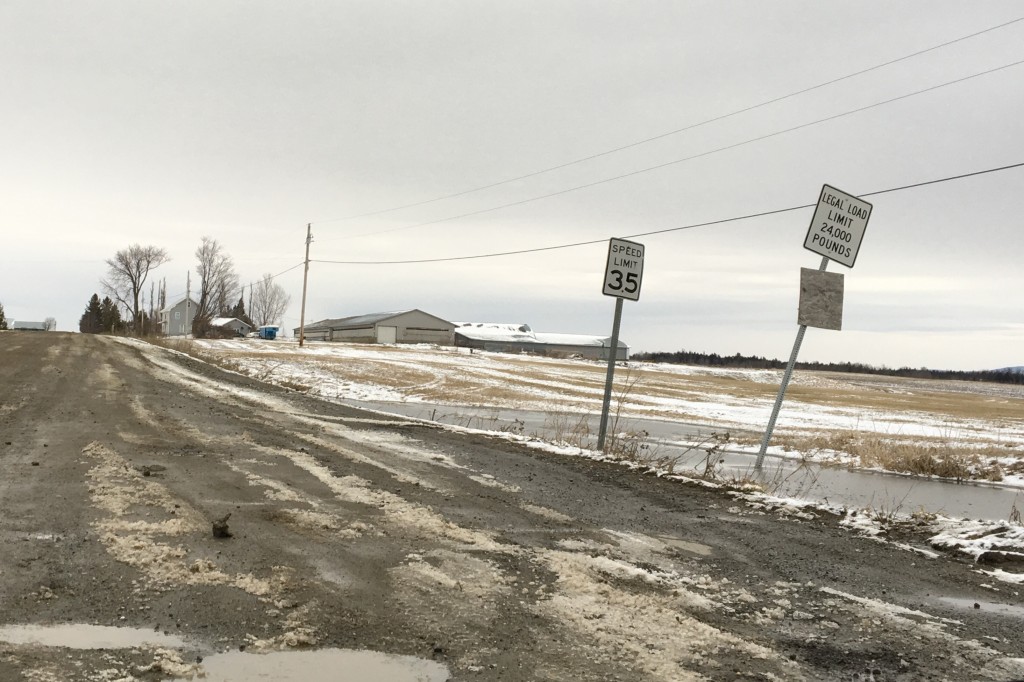 From April 13 through April 28, Hub Theatre Company is performing this story of contrasts and conflicts in an intimate setting at the First Church on Marlborough Street in Boston. I attended opening night and was quickly enthralled in the engaging performance by the small cast of four.

As you wait for the performance to begin, the first thing you notice is the details of the set. It turns out, it’s a fully functioning kitchen and the audience is lucky enough to be sitting just about inside the kitchen. This is definitely a unique theatre experience, thanks to set designer Ben Lieberson. We smell the roasting of the toast and almost feel the splash of beer as a can flies across the set into the sink. 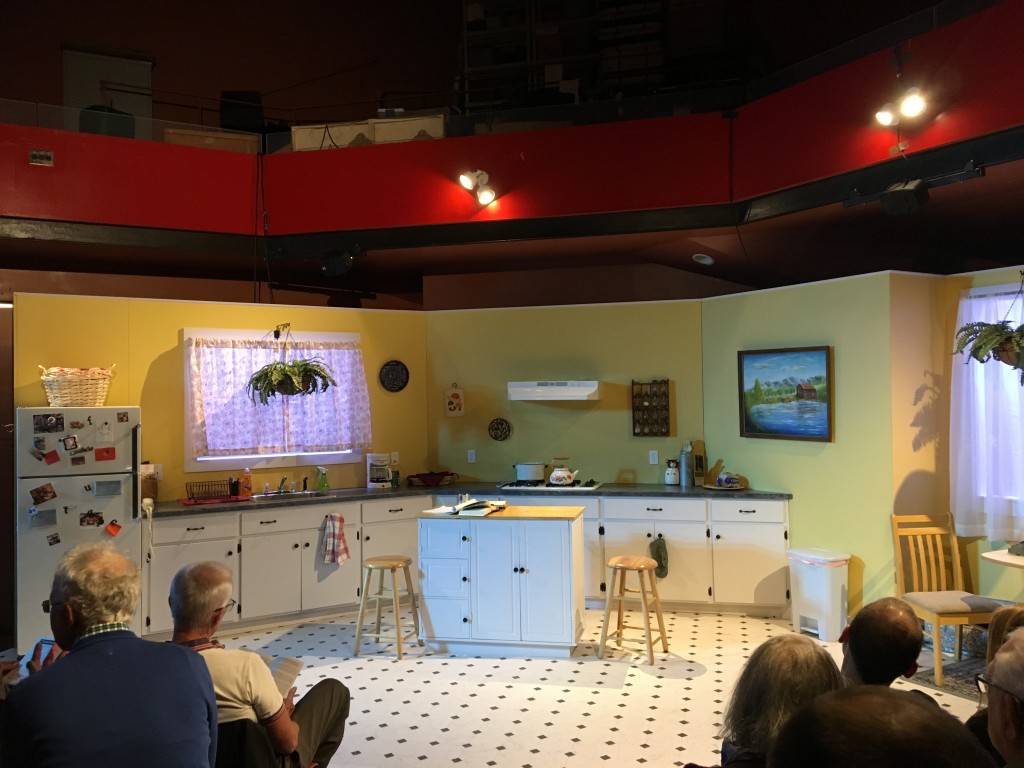 People are complex beings. Who we appear to be today may not be who we are in reality, because we all have duality in our nature.

“I wanted to write a play about double nature, one that wouldn’t be symbolic or metaphorical or any of that stuff. I just wanted to give a taste of what it feels like to be two-sided,” said Sam Shepard about the play.

Immediately as the show opens, we see one strong-willed brother, Lee, barge in on his seemingly quieter brother. Within 5 minutes, we think we know who’s who, but eventually things change, and we are left uncertain. With the building energy of Edward Albee’s Who’s Afraid of Virginia Woolf, we tense up inside as the two brothers go at it. The duality for the audience is that the close-up interaction is both entertaining and nerve-wracking. At certain points, you almost want to get up and walk out to get away from the tension – but you don’t, because it’s so well done.

Shepard didn’t want his play to be symbolic, just a raw, live portrait of inconsistent people. Plain and simple. That’s what we get from True West at the Hub Theatre. It’s raw and awkward but that’s what makes it so powerful. To make comparisons to real life, we need only look to our current political environment, which is fraught with raw, inconsistent people who switch their views and behavior to best suit their own self interests.

At the Hub Theatre, the roles of the brothers, Lee and Austin, are played by actors Victor Shopov and Bob Mussett, respectively. Both men fully embrace their characters and draw the audience into their world, even when they seem to flip-flop their bad-boy good-boy roles. To do these brothers justice, you can’t tread lightly, and both actors tread so deeply into their roles that it’s hard to imagine them otherwise. Any regular theatre-goer knows that character tension makes theatre interesting, and this show is interesting.

The first performance of True West was in 1980 with Tommy Lee Jones and Peter Boyle as leads. Since then, the brothers have been played by some of the great names in theatre, including Gary Sinise, John Malkovich, Jim Belushi, and Dennis and Randy Quaid. In a Broadway revival in 2000, Philip Seymour Hoffman and John C. Reilly alternate each role every night, so they could get into both sides of the duality. This must have been phenomenal to see.

So, if you’re in Boston in April this year and you want to spend 90 minutes sitting between two fighting and loving brothers, make a point to stop by the First Church in Boston to catch True West with the Hub Theatre Company.

And if you’re in New York City, mark your calendar for the end of the year to see a Broadway production of True West that promises to be fantastic. Ethan Hawke and Paul Dano will be playing the brothers, Lee and Austin. Performances are slated for December 27, 2018 through January  24, 2019.

True West may not give you answers to why people behave the way they do, but it may give you just a little more insight into what it means to be human and the true meaning of human nature. All the world’s a stage, and people can be messy. The more we learn about them, the more we may understanding how to resolve conflict. 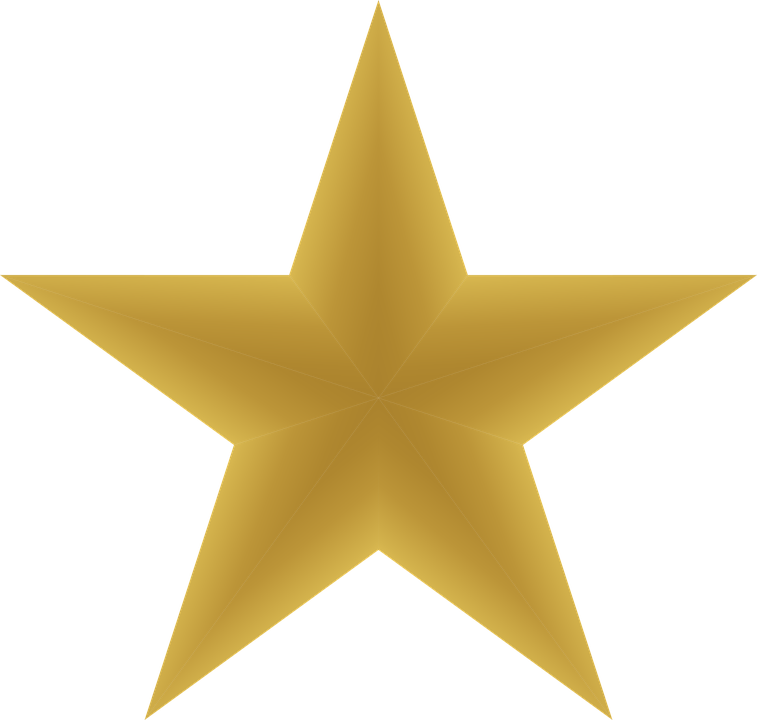 About the Author
Eric Braun is an entrepreneur, writer and community builder with over 20 years experience starting companies and supporting the startup community. He has taught Entrepreneurship and Innovation in Higher Ed. As an advocate for the Arts, Eric has been a writer, actor and supporter of all areas of creative expression. He holds a BA in German/English from the University of Minnesota and a certificate of French from the Sorbonne.
Related Topics
Related Posts
Comments