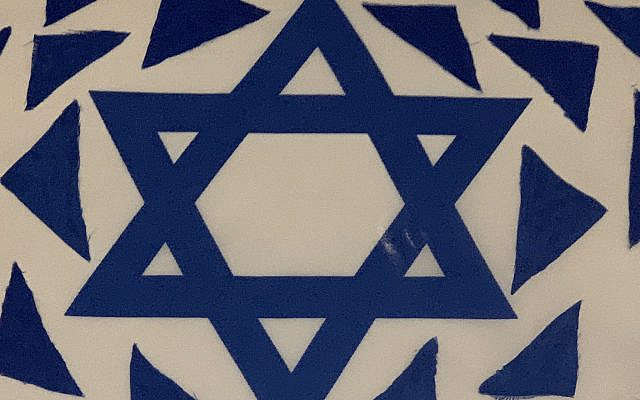 The other night at Tel Aviv’s Gesher Theater, my wife and I attended a performance of The Dybbuk with friends visiting from the States. We all agreed that the set design was stunning, the acting first rate, and the violin soloist inspiring.

To top it all off, there were dybbuks in the audience.

Okay, perhaps I’m wrong; dybbuks don’t exist.  Like zombies they are figments of our imagination.  We can find them in books and paintings, on the stage and screen, but not sitting in a theater located in Israel’s thriving metropolis, the epicenter of the high-tech, start-up nation.

That said, I wanted to believe that dybbuks are real. That explanation was preferable to the more conventional reading of what happened at the Gesher during the first act of the performance.

In short, a large group of high school students in the balcony talked and shouted from the moment the curtain went up and through much of the first act. If not possessed by dybbuks, they acted like they were drunk or were competing to see who could be the biggest schmendrik.

Having worked for 20 years as a teacher in the US, mostly in a public school with a large population of disadvantaged children of color, I had seen my share of poorly behaved students before I moved to Israel last summer.  To be sure, not all of the fifth graders we took to the symphony for an annual holiday season performance were angels. Still, the crude behavior of the dozens of high school students who attended The Dybbuk the night I saw the play  dwarfed anything in my experience.

One patron sitting near the front stood up and screamed: “Be quiet!” Another stormed out of his seat to see what he could do to silence the disruptors. To no avail.

The performers carried on like professionals to bring the first act calmly to a close. But during intermission the drama continued.

While a staff person sitting patiently at a desk in the lobby took down names of people who wanted to lodge complaints and/or receive refunds, a second gamely fielded questions from people who wanted to know what the theater was doing about the disruptors.  She assured them that the staff was working on the problem.

One woman wanted them to kick out all of the students.  “That’s not fair,” I protested. “There are some well-behaved ones who deserve to stay.”

When I suggested that someone address the audience before the second act to instruct the students about proper decorum, she shrugged. “You’re naive,” she said. “This is Israel.”

I told her that as a new citizen of the country I didn’t accept that cynical response, insisting that Israeli’s weren’t all rude and not every student in the balcony was a hooligan deserving the boot. A man nearby who heard our exchange nodded. “Mass punishment is not an effective way to handle misbehavior,” he said.

By the time the second act was ready to start, more than half of the balcony was empty. On my way to my seat, I met a student who was upset by the disturbance his schoolmates had caused and wanted to watch the rest of the performance.

“Stay,” I told him. “Be an example for the others. Remember what Rabbi Hillel said, ‘In a place where there is no man–”

“Strive to be a man,” he said, completing the famous passage.  Unhappily, he told me that if he stayed, others would make fun of him.  So he left.

Naif that I am, I returned to my seat in time to hear the end of an address by a Gesher representative apologizing for the disorderly behavior and promising that the second act would proceed in a proper manner.  And it did. The audience remained quiet throughout, the actors performed brilliantly, and the applause at the end was warm and enthusiastic.

When we left the theater, our friends wanted to take a group photo. As we looked for the right person to help us, I spotted a young woman, perhaps still in high school, approaching with a man who appeared to be her father.  I asked her if she would take our picture.

Without hesitation, the young woman smiled, took our friend’s phone, knelt down to get a good angle, and patiently snapped several pictures. I would have included our photographer’s best image with this post, but we didn’t get her name.  Protocol, if not common courtesy, requires that she receive proper credit.

Meanwhile, here’s hoping that the offending spirits who possessed those students in the Gesher the other night have been exorcised. And if there are no such things as dybbuks, then those sorry teenagers owe the theater company and its other patrons a proper apology.

About the Author
Born in Edison, New Jersey, Marc Kornblatt worked as an actor, playwright, journalist, and children's book author in New York City, before moving to Wisconsin where he taught elementary school. He began filming music videos with his students, which led to short narratives, documentaries, and the founding of his indie production company Refuge Films. He has produced several Israel-based documentaries and the award-winning web series, ROCK REGGA. Having settled in Tel Aviv this past summer, he most recently completed OLEH HADASH, a web series documenting his experience as a new citizen of Israel.
Related Topics
Related Posts
Comments