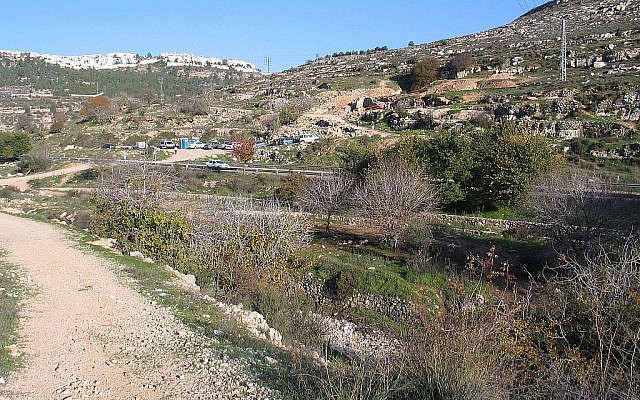 I. The land that drinks from the heavens

Seven thousand years ago, Sumer, in Mesopotamia, was one of the greatest civilizations the world has ever known — the creator of paradigms and inventions that spread the world over, including writing and the plow. It was moreover a morally creative civilization, the best of whose shepherd-kings took responsibility for the poor and articulated laws to protect them. Its collapse would have had a tremendous impact on the many civilizations it had touched, whether through trade or slaves or war or treaty.

The details of Sumer’s collapse remain the subject of debate. But some combination of ecological factors probably led to this collapse, including the Sumerians’ own over-farming of what had been marshlands and over-flooding those lands with standing water that came from the Tigris or Euphrates via a system of canals, along with over-logging of the slopes where the great rivers originated, which was carried out not by the Sumerians but by their trading partners to meet Sumer’s wealth-born need for wood. The land bloomed with salt as the original water table rose, the main staple crop that could be grown shifted from wheat to barley, the land’s fertility declined, and eventually, the land of Sumer was abandoned.

In the Genesis story, Abram, soon to become Abraham, left the Mesopotamian valley and Ur Kasdim with his family to head to Canaan. His story, set after the biblical dispersion from Bavel (Babylonia), seems to start at least one or two civilizations after Sumer. What is important is that the sought-after land of Canaan was archetypally the opposite of Mesopotamia — a hilly land dependent almost entirely upon rainfall, which could not be irrigated by diverting any river’s flow.

Though Mesopotamia was the matrix from which Canaanite and Israelite culture grew, the references the Bible makes to a land watered by rivers are not to Sumer. Instead, the land of Egypt, whose social system and wealth were sustained by the annual overflow of the Nile, takes Sumer’s place, becoming the biblical paragon of an unsustainable, hierarchical, idolatrous society radically out of sync with divine intention. Being out of sync was a function of Egypt’s ecology: because the river could be counted on to flood like clockwork, Egypt had no need to appeal to divine providence for rain.

This distinction, which to most modern ears would sound like a boon, is the reason for Egypt’s contumely and Canaan’s praise:

For the land that you are coming to is not like the land of Egypt, which you came out from, where you sowed your seed and gave drink with your foot (by pumping water from the Nile), like a garden of greens. [For] the land where you are passing over to is a land of mountains and valleys – through the rain of the heavens will she drink water (Deut. 11:10–12).

A land that must drink from the heavens, however, is a land subject to drought. And yet the Torah teaches this is the ideal land, the land of promise, because “the eyes of YHVH your God are continually upon her.” This mystical-sounding relationship describes a simple ecological reality, imagined from a divine perspective: the lack of human control over irrigation means that God is continually assessing whether the people merit rain.

Canaan was the opposite of the land of Egypt, which can go for centuries sustained by the Nile’s flooding and the technology of the pedal pump, no matter the state of the weather or the state of justice, until it finally gets its proverbial seven years of famine or its ten all-consuming plagues. Unlike Egypt, the feedback loop in Canaan is short and swift — the loop may be closed, the consequences felt, within a season or two. It is that very fact — that everyone’s tenure is tenuous — that makes Canaan/Israel a holy land.

That this is the intended meaning is clear from the passage that follows, Deuteronomy 11:13–21, which Jews the world over recite as the second passage of the prayer called the Sh’ma. The first promise of the passage is the very definition of sustainability: “[Y]our days and the days of your children will increase on the land which YHVH swore to your ancestors to give to them, like the days of the heavens over the land” (Deut. 11:21). The second promise, the consequence of not listening to the covenant, follows: “the heavens will be shut up and there will be no rain, and the ground will not give her produce, and you will be destroyed quickly from off the good land which YHVH gives you” (Deut. 11:17).

What sustainability looks like is also specific to Canaan: the land will receive both early rains and late rains, the people will gather their grain and their wine and their olive oil, and there will be grass in the fields for their animals (Deut. 11:14–15).

Could the ancient Israelites have also realized that land watered by rainfall can never be made permanently infertile by salinization the way that the Mesopotamian valley was? Perhaps that is why a third promise is found in many similar passages (though not in Deuteronomy 11): a remnant of the Israelites will eventually return to the land, and the land will return to its fecundity (Lev. 26:42–45; Deut. 30:1–7).

The continuity of living on the land for as long as the heavens stay suspended over the earth was not simply a reward for obedience. Three commandments most determined one’s fitness to remain in the land: eschewing idolatry, allowing the land to rest, and doing justice for the poor, widow, orphan and stranger, that is, for the vulnerable. Sustainability in the ecological sense and in the social/political sense is a direct outcome of following the latter two.

Tying all three together was the observance of Shabbat, the weekly celebration of Creation and Creator, when agricultural activity stopped and animals and people rested. Shabbat in turn was a miniature version of the Sabbatical or Shmitah year, when land ownership was annulled, when poor and rich would be sustained equally from a common food supply, when wild animals would share the produce of the land with the people, when the land would rest, and when the people would recognize God’s sovereignty over the land (Lev. 25). The Sabbatical year was the capstone achievement of a society following the covenant.

One could say that the purpose of religion, from the Torah’s perspective, was to teach people how to achieve a true symbiosis with the land. This is what it means to “choose life” (Deuteronomy 30:19). If the mission of the Torah was to create a truly sustainable model of agriculture, then another way to frame that is that the Torah’s mission is to change the direction of what we now call the Anthropocene.

~~~~~~~~~~~
adapted from “The Third Promise: Can Judaism’s indigenous core help us rise above the damaging politics of our time?” Read the expanded article, along with the footnotes for this article, at: tikkun.org/the-third-promise/