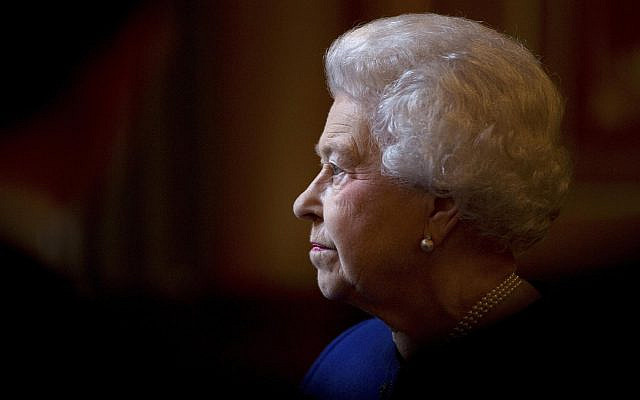 You’ll always remember where you were.

Of course, I’m referring to when news broke that Queen Elizabeth, 96, passed away thus ending her 70-year reign as Head of State and the Commonwealth. Much has already been said – and celebrated – about the fact that she reigned over 15 UK Prime Ministers, 14 U.S Presidents, through decades of post-war peace and through technological innovations unimaginable when she ascended the throne in 1952. She started by broadcasting on the radio and ended by Tweeting on the internet.

Queen Elizabeth was the nation’s matriarch. She was not the Monarchy, she merely protected it. She did it well. We must remember that being a royal is not a privilege, but a profound burden taken on by one family for the sake of the country. When she died it felt like a little bit of Britain died too. Her death to so many of us always seemed unthinkable yet inevitable, monumental in the impact it would have on a world that has relied on her for so long. The person who embodied British grace, duty, tradition, and honour has now left us. It is now up to the new King not to fill her shoes, but to lead us into this new era.

For many of us, it has shaken our sense of national identity and emotional stability. No matter the leadership that would sometimes fail us, or the uncertainty that life would bring us, Her Majesty was there as a constant on which so many people could rely. We saw this as recently as 2020 as she comforted millions during the pandemic while so many people questioned the abilities of their elected officials.

“Those who come after us will say that the Britons of this generation were as strong as any, that the attributes of self-discipline, quiet good-humored resolve, and of fellow feeling still characterize this country,” she assured the nation in April 2020 in a televised address [above]. “The pride in who we are is not a part of our past, it defines our present and our future.”

Her death leaves a void in the future of our shared British identity and no one yet knows who or what will fill it. Britain this week alone has seen a change in Monarch and Prime Minister, two positions of leadership that are essential to help the country heal from nearly a decade of political turbulence. The wounds felt by Brexit were still raw to many before an immediate global health emergency that would only widen the gap between us politically and culturally.

Queen Elizabeth represented so much to so many that it is difficult to put into words. To some, her death is the death of a Britain at its best, its most traditional, and at its most loyal to the Crown. I fear that the attributes of duty, resilience, and stoic commitment to service have died with her. The Queen enjoyed high popularity among practically everyone; the new King does not yet enjoy that luxury (although that may change as he adjusts to his new role and fulfills his life’s purpose).

In recent years the Royal Family has seen challenges. One of her own grandsons abdicated his duty and service to instead discuss his mental health anguish and publicly criticize his family and their long-held values. Many actually applauded him for this. Another Prince was forcibly retired from public life for his relationship with a convicted felon. This family has its baggage, that much is clear. It once only bubbled under Her Majesty as she transcended melodrama and gossip. As the throne moves to the next generation we are witnessing an openness not seen before and the mystery they once enjoyed slips further away.

I will miss our Queen terribly, whose life King Charles III described as “a promise of destiny kept.” But I will also miss the traits she embodied which I fear are getting lost in Britain today. Stoicism is getting swapped with self-pity. The truth can be swapped with ‘my truth’. Never Complain, Never Explain is no longer tenable in a world that pulsates with status updates and story filters. The public expects more – and the Royals believe they are expected to give it to us while justifying their relevance in modern democracy.

I have good reason to think that the overwhelming grief felt by so many dispels this concern, but I don’t see her descendants avoiding the elusive nature that her era enjoyed. The “New Elizabethan” era is over and so begins the “New Caroline/Carolean” era. It will come with new threats and challenges as it rebuilds from recent damage caused by some family members in the last few years.

“As the Queen herself did with such unswearing devotion, I too now solemnly pledge myself, throughout the remaining time God grants me, to uphold the constitutional principles at the heart of our nation,” the new King said in his first address to the country.

Thank you for it all, Ma’am. May the Crown prosper and may Britain succeed. God Bless our King.

About the Author
James Spiro is a journalist and editor at CTech by Calcalist. With degrees from the UK and USA, he has a background in journalism, public relations, and political analysis. He has a weekly newsletter that goes out on Fridays (www.JamesSpiro.com/subscribe) and is active on Twitter: @JamesSpiro
Related Topics
Related Posts