“Why?” was the question I asked Colonel Richard Kemp CBE during our recent meeting in Jerusalem.  Why is the former head of the British military in Afghanistan, who is neither Jewish or Israeli, such an outspoken, eloquent and effective defender of the IDF and the Jewish State?  He began his answer with this statement,

I was taught when I was a child to know right from wrong.  And when I hear some of the lies, the propaganda and the malice that’s churned out in the international media, in universities, in high schools and so-called “human rights” groups, I know it’s wrong.  I know it’s wrong what’s being said in relation to the IDF (Israel Defense Force).

Colonel Kemp then went on to explain that he served as the Commander of British Forces in Afghanistan, and was a veteran of thirty years-service, and that he had fought in combat zones around the world including Northern Ireland, Bosnia, Macedonia and Iraq, and that he was also present throughout the conflicts in Gaza in 2014 and the most recent “Operation Guardian of the Walls”  in May this year, when the Iranian-backed Hamas Terror organization fired thousands of rockets into Israel. 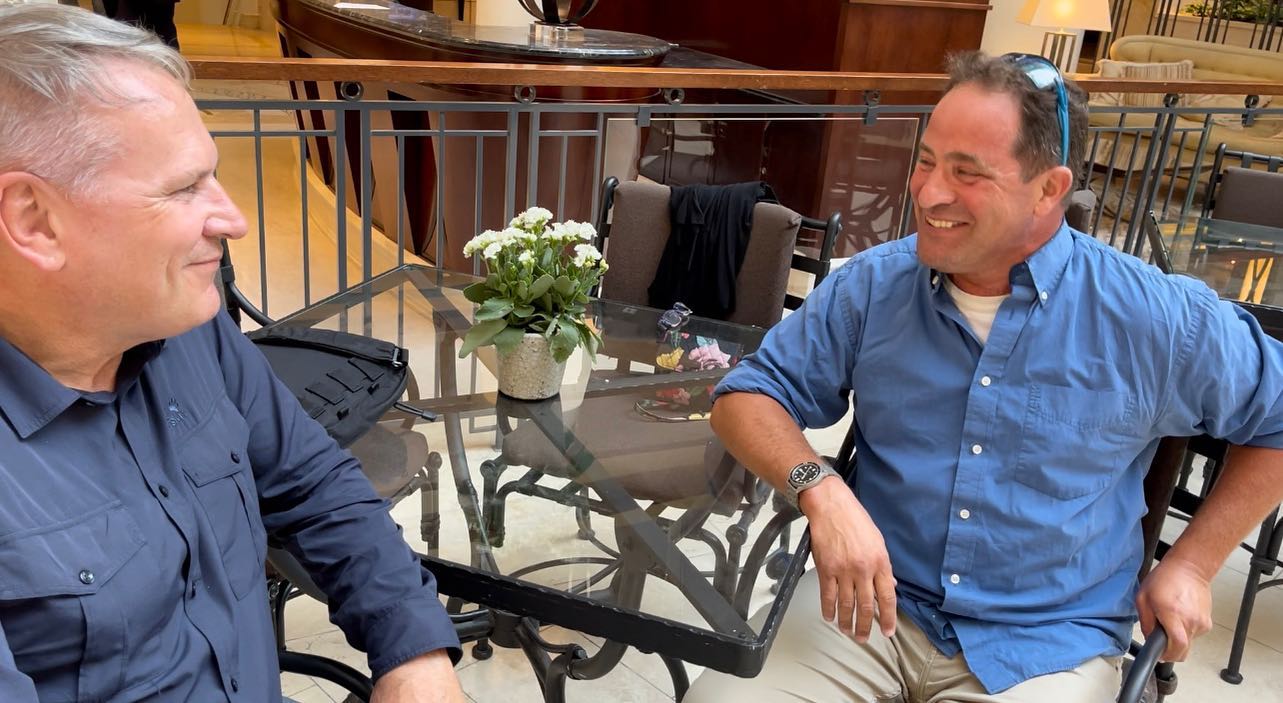 He added that based on his experience and on his personal observations: the IDF does more to safeguard the rights of civilians in a combat zone than any other army in the history of warfare.  He gave three main reasons for this.  Firstly, Israel is a decent country with Western values, run on democratic principles. Israel has no more interest in war than Belgium does. In fact, Israel has never started a war. The only reason it ever goes to war is to defend itself. And it has to defend itself because, unlike Belgium, it is surrounded by countries and armed groups that want to destroy it. Secondly, Judaism, with its unsurpassed moral standards, remains a major influence on the citizens of Israel. “I say this as a non-Jew.”  Thirdly, the army is composed overwhelmingly of citizen soldiers. Israel is a small country with a small professional army.

He also went on to express admiration for “Lone Soldiers” from abroad.  During his visit he met with Harriet and Mark Levin, the parents of fallen Lone Soldier Michael Levin z”l (whose 15th Jahrzeit was commemorated by the Levins, IDF comrades and friends on Mt Herzl this month)  He said about Lone Soldiers,

They come to a country with a different culture from they are used to back home.  They have to learn a different language, if they don’t speak Hebrew, and they are potentially putting their life on the line for Israel, and that deserves everybody’s admiration.

I hate to see young men and woman maligned for defending the Jewish State.  Meanwhile when they get back to their barracks they watch CNN, BBC and numerous news outlets calling them war criminals.  I find that very hard to stomach, so I have to do what I can to stick up for them.

Referring the IDF in another interview, Colonel Kemp mentioned that to fight a war it depends on its conscripts and its reservists. The reservists are ordinary citizens, from professors to plumbers, called upon to defend their homes. They don’t want to be fighting and they don’t want to harm others. Nowhere, he said, was the essential morality and decency of the IDF more evident than in the Gaza War of 2014 and the recent 2021 conflict. If ever there was a purely defensive war, this was it.  The war was started by Hamas, the terror organization, designated as such by the US State Department, that runs the Gaza strip.  After repeated warnings from Israel to stop, the Israeli Air Force finally conducted precision strikes to halt the rocket-fire and worked to destroy a network of terror tunnels that Hamas had constructed to attack Israeli communities near the Gaza border.

The IDF took extraordinary measures to give Gaza civilians notice of targeted areas, dropping millions of leaflets, broadcasting radio messages, sending texts and making tens of thousands of phone calls. The Israelis called Gazans on their cell phones and told them to leave their residences and move to safety. Never in the history of warfare has an army phoned its enemy and told them where they are going to drop their bombs!

Many IDF missions that could have taken out Hamas military capabilities were aborted to prevent civilian casualties, increasing the risk to Israeli citizens and soldiers.  Despite all of this, of course innocent civilians were killed. Every war is chaotic and confusing, and mistakes are frequent. But mistakes are not war crimes.

Hamas, Kemp said, on the other hand, committed war crimes as official government policy. Hamas deliberately positioned its military assets among the civilian population, hiding weapons in schools and hospitals, and placing rocket launchers alongside apartment buildings, then forced those civilians to stay in areas they knew would be attacked. They also instructed their people to report the lie that every Gazan killed (sometimes by their own rockets) was a civilian, even if they were actually fighters.  He concluded our interview by stating,

No army takes such risks in order to protect civilians as the Israeli army does. I say this as a professional soldier. I say it because it’s true and people who care about truth should know it.  The final thing I would say is that the IDF are our friends  and allies, and they are fighting the same war we are to protect western civilization.  How could any civilized and right-thinking westerner not support that fight?  I one-hundred-percent unequivocally and completely support the IDF and all the soldiers in it.

We salute you Colonel Kemp for all that you do for our country and military.  You are a great friend of the Jewish people, the IDF and state of Israel.  Thank you for consistently and eloquently standing up against the haters and emphasizing the morality and ethics of the IDF.  Respect!