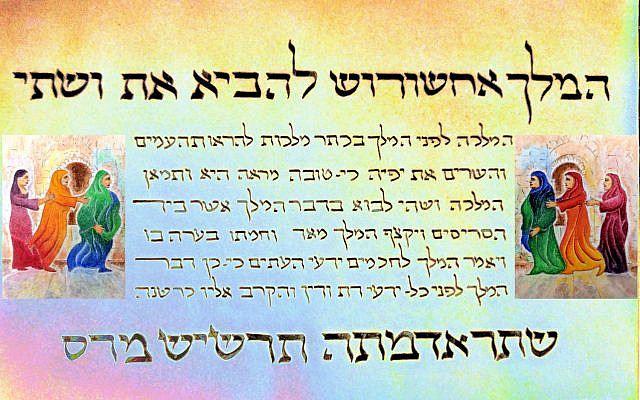 In this episode: a connoisseur’s collection of letters, books, and lives. And like many a rare vintage, the contents have been savored or spat out, exulted or trampled, propagated or uprooted.

Tiveria, Jerusalem, Constantinople, Athens, Rome. Sittin’ at my writin’ desk, my toes a-curled into sand. That sand was once a mighty rock, now soft and shapeless under foot.

Maybe Tiveria be nothin’ more than tiny, fractured grains of sand that slip and slide and don’t resist, as each our little lives pursue in quiet, little, chartless ways. But yet, against that grain, our town became a center for scribal arts. Mayhaps my metaphor is wrong. Mayhap the Lor is breathin’ the worlds in hidden currents, air and sea. And us, a gemstone each, God lifts and careful-like be placin’ us in casted settings, fine or rough, to see how we reflect the Light.

Anyways, unknown the cause, unseen the hand, unfelt the breath, but many a fine and beauteous scroll was written in our little town and spread around the Jewish world to unify the text of us and unify the mind of us. And me, I think of Kairouan and Andalus, and all my treks and how I resisted all them moves that were meant to unify our rites and how we understand the Law. And here I be, now at peace where my feet were loath to go. My hand with precise and fluid strokes, unifyin’ Moshe’s word.

Such scrolls the like are rarely writ — like row after row of sturdy vines planted on fertile rolling hills, fruit of ages, this vintage fit for kings, these words heavy laden with crowns. Sometimes the rows of letters seem like cypress trees bended in a breeze, or sometimes like poppy or lily fields sloping up to the mountain peaks, ascendant into the heights of our Lor.

And here* the first Haggadahs** were writ, and Purim megillot*** made into books with decorated capitals; then with borders on each page, colorwork and gilded edges; and finally painted pictures too, like manuscripts we heard about produced by Byzantines and Franks, precious books, the greatest arts ever made by human hand. For this, Batkol is first in praise. Her capitals and bright designs; and then her portraits, delicate; her scenes inside of Shushan’s**** courts became the template of the art.
* in Tiveria; ** book read at Pesakh (Passover) seder;
*** scrolls of the Book of Esther; **** Persian capital in the Purim story

And not just arts, but children too, arose from Batkol’s fertile soul. Children that drew their own great lines, scribes and prophets grown from them, and she the ground from which they grew, her, and some of me (it’s true) in the rich soil of our Lor.

Many a seed I did plant, and many a shoot she did tend, and many the soils and grafted branch, step by step experiments, not too sweet and not too sharp, not too tender, not too coarse, long the years to nurture them to culture into rare and fine, the best vintage of their age. Perhaps you’ve tasted some of them… Nahmanides and De Leon, Abarbanel, the Maharal, Luzzatto and the Baal Shem Tov. [But I ain’t the mouth to tooth their tales; search their works for yourself.] But many more whose books are lost, they’re the ones whose tales need to be told. And yet, the force of their thoughts still bends our minds and brightens us. Unknown their presence and their names but merged into our light and Lor.

Such children of ours! What goodness ours! What marvels ours. We thank our Lor.

But we see it all in such distort, this world so apparently real and clear. And the higher worlds yet poorer still our childish tellin’ of their deeps; just hazy allusions and passin’ winds. Many of the wise are skeptical while fools are full of chapter and verse. So how can I, with color and line, translate such subtle forces into art? As if it embodies a taste or smell, when all we can know is its shadowy winds that blow us through canyons of love and delight, of groanings and grievings and aggressive squalls; our dreams torn into jagged frags, or chasin’ or chastened, or strolling all blithe through valleys fertile in amber grain or chokin’ vines or lurkin’ death; or stormy coastlines, or burnin’ wastes where the center is tested to hold or to break, or higher still our souls lifted, up to the heights of creatin’ truth or into the visionary House of the Lor. So, how to tell this history, these dreamy moments of a truer life?

Therefore the sages picture a scribe as writin’ our Torah, not in ink, but in strokes of fire, black on white rolled up in a scroll, and deeper still, rolled into our soul, or as now we say — folded into our genic strands — awaitin’ a prophet’s partial reveal. That’s the Torah that God has Writ. The one we read — that’s Moshe’s work, merely a start, but a goodly start. This three thousand years revisionin’ it by prophets and pedants, zealots, fools, hysterical revolutionaries, and reactionary demagogs. And most of that crew thinkin’ they know the truth of the text and its Author’s intents. Arrogant, presumptuous blabbermouths. Please don’t grind me in with them nuts.

Aah. Caught by that river and driftin’ again…. Sons and daughters I were talkin’ about. Daughters, mostly, ain’t writ no books but shaped our conscience and genetic thoughts, same or more than us prickly men. More of kindness and makin’ talk; less of stretchin’ the borders of us. Batkol, she never writ her name on a book or object produced in her shop. Like many a woman, all her works are writ in the white fire of the text and not in the black, what everyone reads.

As for Tiveria, that grain of sand in a world that’s also just a grain of sand (though back in them days it seemed so big), the days rumble by like heavy laden carts and the years they creak, and decades crack, broken axles on an unpaved road. Rulers murdered; governments tore down, walls shattered as invaders tromp through; loved ones dyin’ by sword and disease; a day of hungers; a night of psalms. Decades crumble. Dust on the road.

In the next episode a wonder whirls into town.