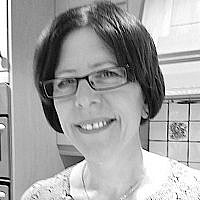 The Blogs
Sally Halon
Apply for a Blog
Please note that the posts on The Blogs are contributed by third parties. The opinions, facts and any media content in them are presented solely by the authors, and neither The Times of Israel nor its partners assume any responsibility for them. Please contact us in case of abuse. In case of abuse,
Report this post.

I have long been fascinated by the story of the Jews of Ethiopia. Nobody really knows how or why they arrived there but they are unique. For centuries, they lived in their own communities in rural villages, cut off from the rest of world Jewry, practising an ancient form of their religion which had not moved on since Biblical times. Sadly they were victims of persecution and forced conversions under successive governments and proselytising organisations, until escaping to Israel seemed to be their only option for survival.

The recent unprecedented clashes and protests about discrimination against Ethiopian Israelis have made me cast my mind back 24 years to the modern-day miracle of “Operation Solomon.” In just under 36 hours, 14,500 Ethiopian Jews, nearly the entire Jewish population, were airlifted to safety from a refugee camp in neighbouring Sudan. Five babies were born on that epic flight. These olim (immigrants) came with nothing but the clothes they stood up in. They had no inkling of what lay ahead in terms of the huge adjustment they would have to make to restart their lives in a modernised country like Israel. 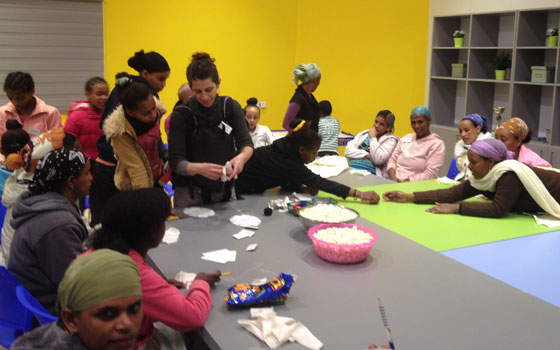 To be thrust into an environment where you don’t speak the language, you have never seen a fridge or a flushing toilet, let alone such wonders as a computer and a telephone… to find that the Israeli rivers are not actually flowing with milk and honey, must have been overwhelming.

Thankfully organisations such as the Jewish Agency for Israel had prepared for the influx and accommodated the families in absorption centres around Israel, where they began their adjustment to modern life. Children were taught language skills, computer skills and prepared for school, and parents assisted in finding work. Families were supported for up to 2 years before they left the centres to look for permanent housing, often in Ethiopian communities in the poorer areas of Israel. 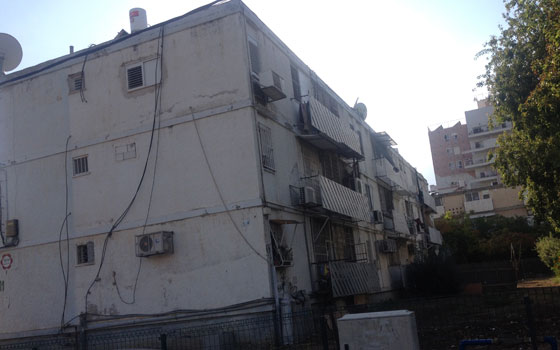 UJIA is working with the Ethiopian population in Kiryat Bialik.

The Aliyah has ended but the challenges this minority still face are huge, with grandparents and often parents having great difficulty in integrating into society as a result of the language barrier together with the struggle to find any kind of meaningful work. Only this week, the findings of an undercover Channel 2 report highlighted major issues with the latter.

It’s hard not to be disheartened but it’s also important to remember the amazing success stories, too, from within the Ethiopian community. Recently I was privileged to meet an inspirational young woman who visited the UK as part of an Ethiopian delegation from the IDC Herzliya.
Twenty-nine year-old Meytal Zauda emigrated from Ethiopia when she was four years old and lived in the south of Israel for the first 20 years of her life with her nine siblings. 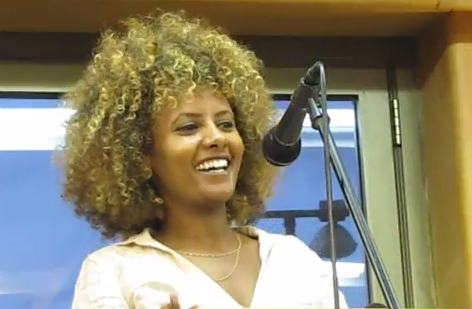 During her three and a half year military service she did what few women in Israel have succeeded in doing and spent the duration of her duty as a combat soldier in the Israel Air Force, going through the ranks as commander and then officer. She is currently studying a combined Government and Law degree at IDC and says that she sees herself in a big corporation one day, as a manager. 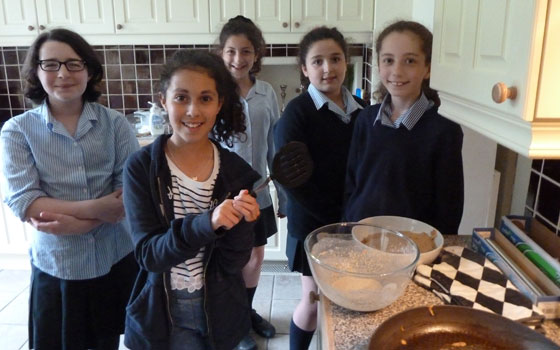 Key to a successful integration of Ethiopian olim (immigrants) in Israel is actually helping their children appreciate the customs and traditions of their country of origin; taking pride in the story of their aliyah; strengthening ties with their families and receiving a firm grounding in the history, beliefs and observances of Jewish life.

Here in the Diaspora, we can play our part. UK based education charity UJIA has been involved in the process of Ethiopian-Israeli absorption over the years, in particular, through the UJIA Ethiopian Bar/Bat Mitzvah Twinning Programme. This is a unique scheme which significantly aids the integration of Ethiopian immigrants into Israeli society and encourages Jewish life, while twinning British Bar Mitzvah boys and Bat Mitzvah girls with their Israeli Ethiopian counterparts. 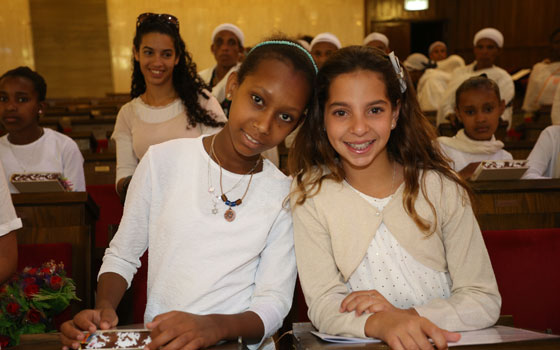 Warakenesh Yaso (Israel) and Georgia Glick (UK) together at the Great Synagogue, Jerusalem, as part of the UJIA Ethiopian Bar/Bat Mitzvah Twinning Programme.

The Ethiopian children learn to type emails to their twins in the UK using computers in the local community centre in Kiryat Bialik, and back in the UK, regular meetings are held for UK twins to learn about Ethiopian Jewish culture.

Programmes like this bridge the gap between Ethiopian and Western Jewish culture and show that despite cultural and material differences, as Jews, there are more things that unite us together, rather than set us apart.

We must take hope from successes such as these. With the right support and education people will flourish. We started a job and it is our duty to finish it.

About the Author
Sally Halon is UK Programme Director at UJIA in Manchester, where for 7 years she has worked to strengthen Jewish communal life and nurture a strong connection with Israel. She is married with three children, one of whom is currently serving in the IDF.
Related Topics
Related Posts
Comments