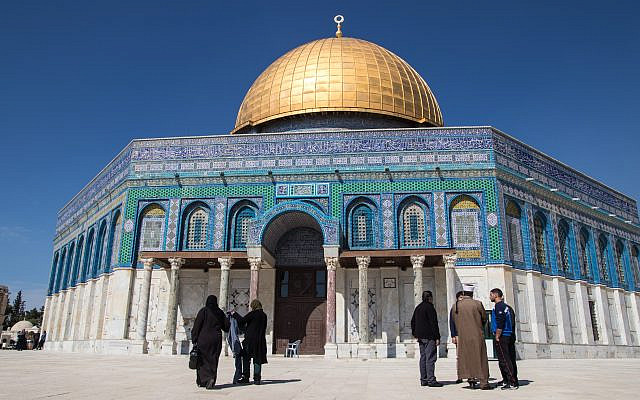 U.S. President Ronald Reagan’s “Evil Empire” speech to the National Association of Evangelicals back in 1983 referred to the Soviet Union as an “evil empire” and as “the focus of evil in the modern world”.

But the Soviet Union’s days were numbered. On 25 December 1991, President Gorbachev resigned, and the country was renamed the Russian Federation.

Sadly, we see that the Soviet Union has been replaced by a new Evil Empire – the United States of America.

“US extremely concerned about Jerusalem riots’ the State Dept declared.”

We in Israel are, of course extremely concerned about the riots in US cities as part of the protests over police violence. It cannot be pleasant to live in a country where the police will shoot an unarmed 13-year-old child with his arms raised. It says a lot about the US that a young child knew that he must raise his hands for the police.

The State Department spokesman went on to say –
“… all sides exercise restraint, refrain from provocative actions and rhetoric, and preserve the historic status quo on the Haram al-Sharif/Temple Mount – in word and in practice”

The spokesman might not know that the Temple, on its mount, was built long before the appearance of Islam. Temple Mount (Haram al-Sharif) might be more appropriate. It would be nice to hear the spokesman’s views on the unending rocket fire from Gaza, the incendiary balloons setting fire to lovingly cultivated fields.

A further example of the New Evil Empire’s view of its own Jewish citizens was provided by its President, Joe Biden. In his first address to a joint session of Congress, he spoke of the murder of George Floyd, systemic racism and white supremacy. He added attacks on blacks, Native Americans, and women to his list. He proudly pointed at a hate-crimes act that protects Asian Americans and Pacific Islanders.

Although he has a law degree, Biden seemed unaware of the four synagogues and three vehicles that were vandalized in a Jewish area of the Bronx just a couple of weeks ago. They were all damaged in the same way as the Nazis’ first attack on Jewish property, Kristallnacht, the Night of Broken Glass, smashed windows. This deliberate reminder of the Holocaust should have reminded Biden of the needs of his Jewish citizens. But, as usual, Jews were ignored. He showed more concern for the Pacific Islanders than American Jews.

Perhaps we Jews would have better luck on the Earth’s evil twin.  Venus, the second planet from the Sun, is often called the Earth’s ‘evil twin’. It is almost the same size but instead has a poisonous atmosphere and is sweltering hot – conditions with which we are all too familiar.