“Every day one should work so that Judaism should thrive. And it will.”

“Every day one should work so that Judaism should thrive – and it will” says in a mixture of Ladino and Turkish languages by Mr. Leon Elnekave, the head of the 60 strong Jewish community of Bursa. 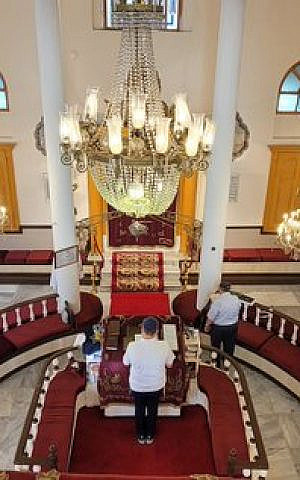 Leon Bey looks over the Gerush or Expulsion Synagogue named after the various Jews expelled to Bursa – first the Romaniote Jews expelled by the Byzantines and later for the Sephardi Jews who arrived from Spain in 1492.

There are two “Bimas” at the beautiful synagogue. One of which is placed closer to the women section. As Leon explained, “So that they should hear.” – which I totally agree with. “Of course, the Torah is not only for the men!”, he added in Ladino, the ancient language of Sephardi Jews.

After praying Minha under the colorful dome, we were honored to open the Ehal, the Ark where the Torahs are stored. 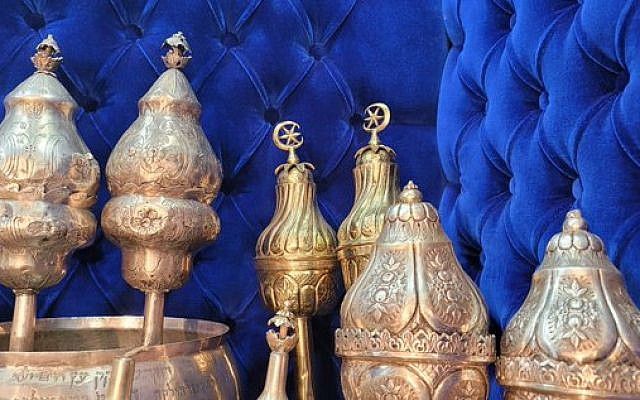 It was astonishing to see that the hand written Torahs were decorated with the Ottoman – Star and Crescent!

Not surprising, given the feeling the Jews of Bursa have towards the city which was the first capital of the  Ottoman empire! 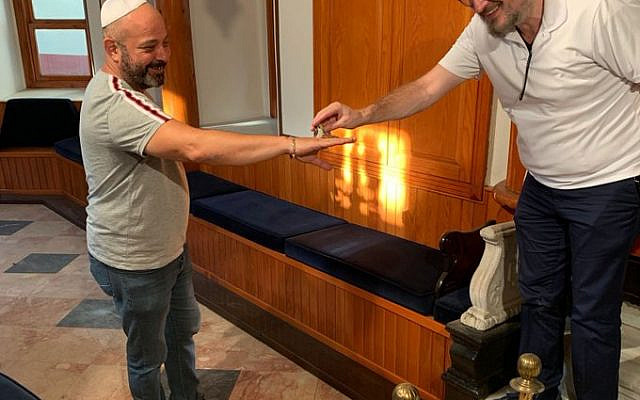 We also learned a new custom – a ‘Minhag’, which apparently exists only in Bursa!

After I locked the Arc, I handed the keys unto the back of Yusuf’s hand! But why?

“If you give it in this manner, you won’t fight.” explained by Leon in his native Ladino (Judeo-Espanyol) language. I am not sure if I really understand why but I, for sure, won’t fight over it.

The second synagogue in Bursa is the Mayor or Major Synagogue. Some say it is named after the Jews of Mallorca who found refuge here. is older than the Gerus Synagogue – about 10 years older”. Not that it makes much of a difference for a 500 year old synagogue.

“It is older than the Gerus Synagogue – about 10 years older”. Not that it makes much of a difference for a 500 year old synagogue.

Here, too, the Torah’s are adorned with a Star and Crescent…

Here, too, the Torah’s are adorned with a Star and Crescent 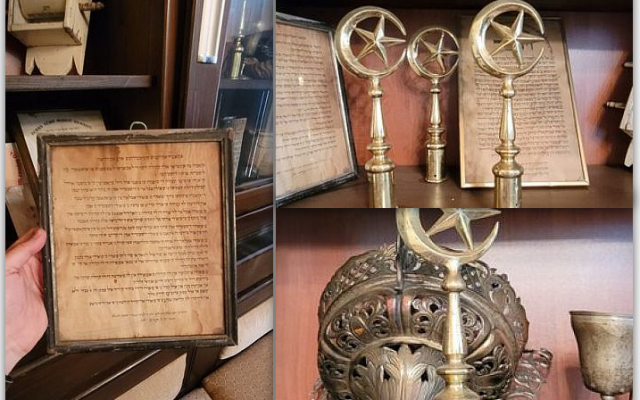 Some more Star and Crescent rimonim for a Torah… 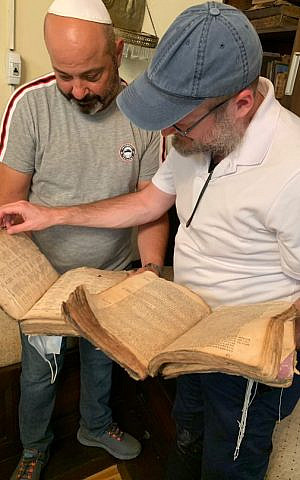 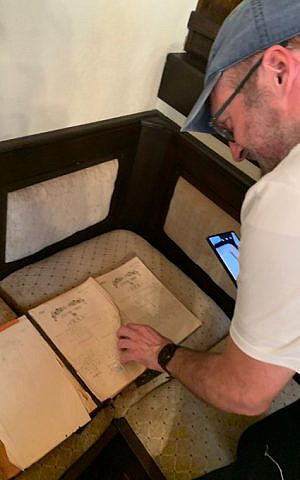 And Betrothal records that still have some empty pages to fill. Sounds optimistic to me! While this little Midras was just recently renovated with the help of the Bursa Municipality.

Chatting with Leon Bey, shadowed with a cupboard packed with Burial Shrouds (hand woven by community members) gave us, however, a different vibe… 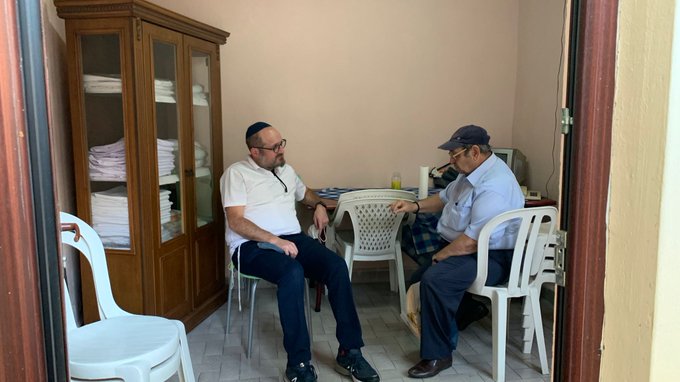 There are 60 Jews left in Bursa, 2 beautiful synagogues, (the 3rd Etz Hayim was burned down some 60 years ago), and a meticulously clean Jewish cemetery. Despite all these, Leon is driven that this community should not just disappear! 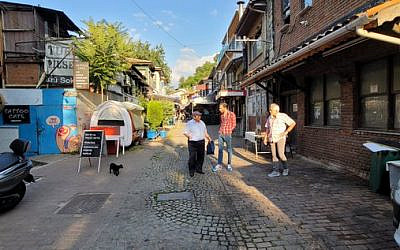 “Make sure to join us for Shabbat prayers in the winter. We have a Minyan. We will also arrange a nice Kosher Seuda (meal) and you will see the Bursa Jewish community!”, he said.  And I told him, ‘Sin Neder’, which means ‘Of course, I will’. 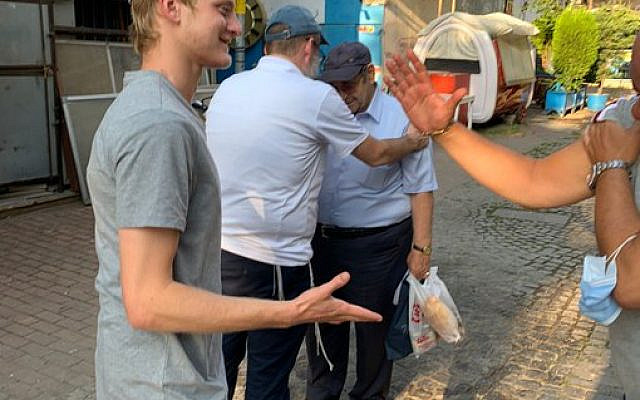 Chaim, my son, greeting the people of Bursa

and off we go to the beautiful Uludag countryside.

and we enjoy the beautiful scenery… 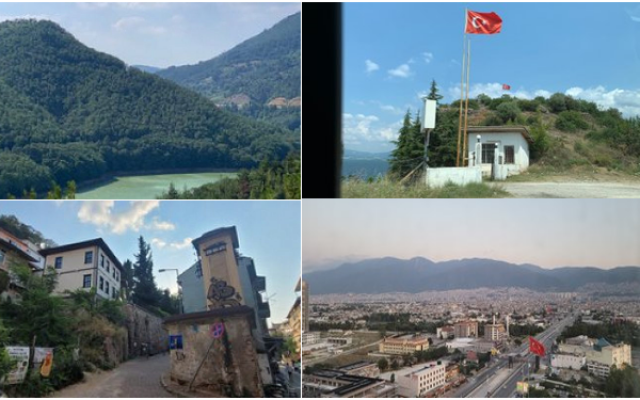