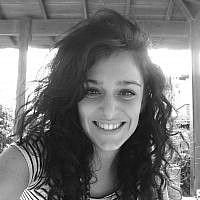 On my mission to hear as many top Israeli legislators as possible speaking ahead of the general elections slated for April, I went to see Justice Minister Ayelet Shaked, presenting the platform of the New Right Party, a breakaway from the Beit Yehudim (the Jewish Home), founded in December 2018.

At the beginning of the event, set during a cold night in Tel Aviv’s Namal Port, Minister Shaked sets the tone clear; she doesn’t want to disavow the Likud, but want to ensure that her party is part of the right-wing coalition of Israel’s next government.

With her soft voice and charismatic smiles, here are a few of the points she laid out during the event.

Ayelet Shaked seemed to defend the idea that a Prime Minister in Israel requires vast political experience. Asked about the new presidential candidate Benjamin “Benny” Gantz, she implied that his four years of experience as Chief of General Staff of the Israel Defenses Forces, and more than 35 years in military command were mere synonyms of incompetence to serve as Prime Minister. Surely, such experience would not be able to handle President Vladimir Putin, or US President Donald Trump, as she implied.

While I am not going to advocate for Benny Gantz in this piece, I can’t help but notice the similarity between her criticism of Benny Gantz, and the criticism levied against Benjamin Netanyahu in 1996. At the time, Bibi’s experience was that of a junior diplomat of four years of experience – and with much less (to none) military experience. Bibi came from an academic background, having grown up in the US, while Gantz spent his working-life in Israel, inside the security apparatus. I am not sure how much of an incompetent that makes him.

Nonetheless, Ayelet Shaked didn’t spend much time talking about Bibi. Apart from defending that he was a true democrat for using his freedom of speech to attack the media, the police, and the judiciary system, she also let the idea float that she would respect the Attorney General’s decision if he indicted him.

The New Right – So what’s new?

Well really, not so much. Apart from emphasizing that the New Right aimed to gather both secular and orthodox voters, Ayelet Shaked didn’t dwell much into the new approach proposed by her and her colleagues. Maybe the title of the party would seduce a broader constituency of secular voters, being deprived of the word “Jewish” in it. However, her platform still struggles to present a clear vision of what that balance between religious and secular means. The crowd was quick to understand this delicate situation; one asked about how the party would prevent enforced religion in schools, and mentioned public transportation on Shabbat, while another then wondered how she would secure the true religious values and traditions of Judaism.

Taught spot Madame Shaked; I am not certain those two segments of voters will ever gather under your leadership if you cannot answer those core issues of Israel’s domestic identity. Sounds nice on paper, but I haven’t seen yet a disclosed program that would allow secular freedom and separation of education and religion, without answering to the religious demands to incorporate religious teaching in schools.

Asked about refugees, and what would her party do with the approximately 37,000 migrants from Sudan and Eritrea living in Israel without status, she answered very calmly. According to her, since most emigrated to Israel for economic reasons, regularizing their status would bare the risks of opening the gates to all the population of Africa aiming to reach the Start-Up Nation of Israel. Well, let me say it, I was actually surprised to discover that Israel’s Justice Minister had psychic capabilities; she can apparently determine the international status of individuals, without processing and conducting the required background checks!

Her claim also seemed to forget the 245 kilometers-long wall and the security accord with Egypt in the Sinai, which effectively brought the immigration down to literally zero since 2016. So unless her supernatural abilities succeeded to make the wall vanish, what she claims has no backup, and doesn’t answer the question. Processing, and regularizing those already inside has nothing to do with increasing immigration; immigration has stopped already, and the wall proved it can’t be breached.

Coming myself from Switzerland, I always love how Israeli politicians bring up my sweet mountainous country to justify Israeli’s immigration laws. Well, to make it short: Israelis politicians constantly lie to the public when explaining Swiss Laws. Prior to 2016, Switzerland granted Eritrean nationals the automatic status of asylum. This automatic status was granted on the basis that the government of Eritrea is known to conduct wide-spread human rights abuse, such as having life-long military drafting, during which the government can decide, at their discretion, who gets to stay for 1 year, 60 years, or until death, in the military.

In 2016, Bern decided to toughen its considerations and made it mandatory to process each case individually, and to proceed to an investigation to determine if the person was relieved from its life-long military service, or if he/she deserted. In more than 50% of the cases, Swiss authorities grant asylum status. They have not conducted a single deportation, in spite of the recent accord between Eritrea and neighboring Ethiopia.

So, dear Israeli government, if you want to follow the path of western countries such as Switzerland, you will first have to learn the Swiss efficiency of having a functioning administrative system that respects with rigors predetermined conventions, laws and process mechanism set in place. And avoid threatening that an efficient administrative system will damage the Jewishness of Israel; it’s cheap to think your citizens are stupid.

And last but not least: the 2019 plan of the New Right to annex area C of the West Bank. Justice Minister advocated that such a plan would finally stop the regime where Israelis live under military law in areas C – bringing them justice, she says.

To the Palestinians living there, amounting approximately to 100, 000 residents according to our Justice Minister, Israel would grant them Israeli citizenship. Well, first off, statistics mention a population ranging from 180,000 to 300,000 Palestinians living in area C. It doesn’t come at a surprise that she would settle for the lower-lower end of that range; as surely, her voters would fear the demographic implications of her policy. Second, there are still more than 32,700 Palestinians living in East Jerusalem without citizenship, and some 14,500 even had their residency status revoked since 1967. Considering this ongoing experience with Jerusalem, her plan is completely detached from reality.

There was also no mention of any talks with local Palestinians communities to implement such policies, to maybe even try to convince those communities of the benefits to living under Israeli sovereignty. So apart from aiming to provide the ultimate populist strike, Ayelet Shaked really had no plan at all regarding the West Bank; no proposition to bring populations closer, no proposition to separate those said populations. Nothing. To the Palestinians living in area B and A, she brushed aside the issue, claiming they could solve it with Jordan. Again, this may sound tempting to some, but its living in a dream to think this is possible.

All and all, Ayelet Shaked did well her part. She sounded friendly, self-confident, relaxed, knowledgeable, charming even. But like I said, her platform is empty. She wants to unite but has no plan to answer to the growing rift between secular and religious individuals. Regarding refugees, she talked about an issue that already found a solution and failed to acknowledge the obligation of the State to abide to Israel’s ratified laws. She also oversimplified the Israeli-Palestinian conflict, giving crumbles to her proponent of the annexation move, and treating Palestinians as if she had the power to deprive them of their agency.
What I fear, is that the crowd attending, and her right-wing supporters, would not try to dig deeper under the surface of the Right (since nothing is new…). Because what is underneath, is that her party is full of empty-handed and inapplicable solutions to problems she didn’t even dare to correctly frame.