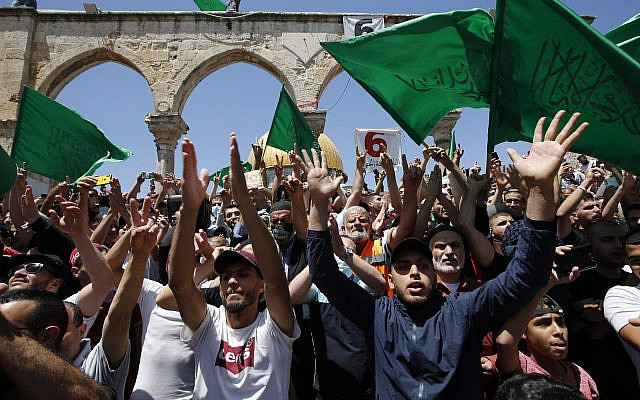 The “Head and Stomach argument” is an ideology that has penetrated every level of establishment Zionism since its inception. The dogmatic idea that the antidote to Arab violence and animosity is material amenities and political privileges, and any failure in Jewish-Arab relations therefore must be a Jewish failure to provide the Arabs with enough of these things, is in itself a failure and must be acknowledged as such. Israel must maintain its character as a moral leader while recognizing that the Arab minority will not be satisfied by microwaves and voting rights.

When the early Zionists looked to the inhabitants of Eretz Yisrael, they did not see much of an issue. For one, there were very few of them. In 1900, there were only about 450,000 Arabs living in Eretz Yisrael, less than half the number of Arab residing in the land when Israel declared independence in 1948 and less than a thirteenth of what it is today. For the few that were there, early Zionists saw much in common. Like them, Arabs were subjects of a foreign political order for which they did not care, various European states in the case of the early Zionists and the Ottoman Empire in the case of the Arabs. The early Zionists, heavily influenced by Karl Marx, identified both themselves and the Arabs as alienated from their labor. In the case of Zionists, it was because they were forced by circumstance into cosmopolitan management jobs and in the case of the Arabs, because they were exploited working-class labor unable to enjoy the fruits of their labor.

Early Zionists believed, based off of these analyses, that if a large amount of the 11 million Jews alive at the time returned to Eretz Yisrael, worked the land and established a Jewish political order, they would be able to please the less than half-million Arab inhabitants of the land with material amenities and political privileges that they would become well-to-do, patriotic citizens. Paved roads, electricity, agriculture, beautification of the land, employment, voting, full citizenship, education, freedom of engagement, social mobility, et al. would be extended to the Arabs, and, in turn, the Arabs would come to appreciate and love their new Jewish neighbors.

This ideology has led to inordinate funding for Arab projects, an abdication of sovereignty and responsibility on the Temple Mount, extreme judicial and law enforcement leniency against Arab rioters, the Oslo Accords, the South Lebanon and Gaza retreats, etc. Yet, despite all Israel has given, peace has remained an unattainable specter. While there are some within the Arab minority who rightly recognize Israel’s benevolence and extend in return their friendship, the vast majority of Arabs in Eretz Yisrael, as unfortunate as it is, can and will never find it within themselves to sing the words of Hatikvah or fly an Israeli flag on their post.

Instead, they will accept Israel’s handouts, concessions, and gifts and use the other hand to thumb their noses. The Arabs of Lod will accept their roads paved by Israel, their healthcare paid by Israel, their voting rights, social mobility, and freedom of religion protected by Israel and the Jewish people, and turn around and lynch that same people. The Arabs of Jerusalem will accept all the same on top of Israeli protection of Muslim sovereignty on our Temple Mount and turn around to march in the streets and hand out candies in jubilant celebration of the gruesome terrorist murder of Eli Kay. Ra’am chairman Mansour Abbas will accept a 53 billion shekel slush-fund from Prime Minister Naftali Bennett and turn around and refuse to condemn the murder of Eli Kay on the Knesset floor. The Arabs of Jenin and Ramallah will accept the Oslo Accords and the sovereignty it provides and turn around to fly Hamas flags from their cars and homes, openly advocating for the slaughter of Jews worldwide and the destruction of our state.

Israel is a moral nation, a kind nation, a nation of chesed. However, we are also a nation of gevurah, ie: discipline, prudence, heroism. We should never abandon our chesed, but we must recognize that our unrestrained, unbalanced chesed has only emboldened the Arab minority against us. In order to create a truly peaceful and orderly nation-state, perhaps more prudence should be employed.