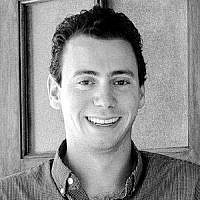 The Blogs
Ryan Harrison Lee
Apply for a Blog
Advertisement
Please note that the posts on The Blogs are contributed by third parties. The opinions, facts and any media content in them are presented solely by the authors, and neither The Times of Israel nor its partners assume any responsibility for them. Please contact us in case of abuse. In case of abuse,
Report this post. 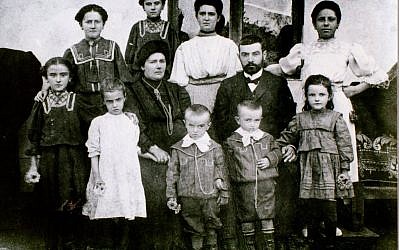 January 27, 2019 marks the 74th anniversary of the liberation of Auschwitz-Birkenau, and this subject has been on my mind for several days. The mere mention of Auschwitz stirs images that are so appalling that the human brain has a tendency to reject their validity. Language has not invented words strong enough. The United Nations General Assembly has designated January 27th as “International Holocaust Remembrance Day,” a day recognizing both the Shoah, the event that led to the invention of the term “genocide,” as well as the more recent examples of genocide that have been perpetrated by the evil of which humanity is capable.

In this picture, taken between 1910 and 1915, one may see my great-grandmother, Sally Kleinfeld; her parents; and her siblings. All but Sally and one of her sisters, Anna, and their children were murdered by the Nazis 30-plus years later. All totaled, 38 of my ancestors, the majority of them children, perished at the hands of the Nazi regime.

Many world leaders have tried to deny that the Shoah ever occurred, in an attempt to diminish the legitimacy of the existence of the Jewish people, but the truth of the matter is ironically in their favor. That is, even those of us who believe that the Holocaust occurred, struggle to grasp the enormity of it. When we delve into the specific details of the Shoah—the fact that a political regime managed to carry out the largest mass murder in the history of human existence in less than six years—we come up empty. We say the details out loud, we remind the world of what did happen, and we see physical evidence, but we still doubt it, not out of any kind of malice like many modern Arab leaders, but because if we truly accept it, we must relinquish a certain amount of hope in the goodness of human beings, which we do not want to abandon. We can believe it, but we cannot accept it.

And then, there is the added difficulty, for those of us who have family members who perished at the hands of the Nazis, of the question, “Why did my ancestors survive when millions of others died?” Furthermore, by extension, why am I here when so many more millions never were born of the victims. Survivors’ guilt, it’s called. There is no sense to who died and who did not. Was it luck? It couldn’t be. What gives one individual more of a right to life than another? Just imagine all of the Nobel Prize winners who died, all of the scientists who could have discovered cures for diseases who died. To call it “luck” is to belittle the value of the lives of those who did die. Was it God? Where was God in the Holocaust? The question of “God,” of course, arises when we contemplate the unabashed, indescribable evils of the Shoah. How could God have allowed such evil to occur? And yet, in the concentration camps, people continued to pray, and they held on to their faith. Jews would save up their food rations for days in order to have Shabbat dinners on Friday nights. I remember hearing a story of a Jewish man in Auschwitz who came upon a man who was praying and thanking God. The first man went up to him and asked, “What in the world could you possibly be thanking God for?” The second man replied, “I am thanking God for not making me like them [the Nazis].”

In all honesty, the fact that I am alive today motivates me. If the Shoah had not happened, there would have been so many more millions of people, who would have given birth to many more millions of people, who could have fixed some of the problems that plague us today. Maybe they would have been more worthy than I. Or not. We do not know. That potential was robbed of us. SS officers tore babies out of their mothers’ arms before throwing them into the fire to be burned alive. People were told they were going to take showers, only to be gassed to death and burned in the crematoria, stripped of their humanity and their identity. I cannot imagine the terror. The sick, the elderly, those who could not work, homosexuals, Catholics, Gypsies, and more were all manufactured into death. And for what? Those of us whose ancestors did survive have an obligation to live for those who did not ever have a chance, whose flames were snuffed out. I believe that when one person is murdered, all of his/her descendants are murdered as well. I live my life in their blessed memories.

And now on to the pivotal question: So what? As a student, it was drummed into me that the “So what?” question had to be answered in the conclusion of an essay. I continue to teach this lesson to my own students. There must be a recognition of broader implication. Yes, the Shoah proves that humanity is inherently apathetic and will go along with evil, and that allowing evil to occur makes people just as guilty as those who carry out the evil acts. Yes, the Jewish people have gone from being “victims on call” to being a sovereign people who can determine their own destiny, in a land of their own.

Nevertheless, there is no logic to what happened. Mankind has not learned its lesson, so whatever teachings there may be in what transpired during that horrific event are of no value unless we heed the warnings that the Shoah poses to us.  As John Stuart Mill proclaimed in 1867, “Bad men need nothing more to compass their ends, than that good men should look on and do nothing.”

Today, I imagine the faces of those potential people who never had the chance to share their gifts with the world, and I mourn for them and for us. I only fear that once I start mourning, I will not be able to stop.