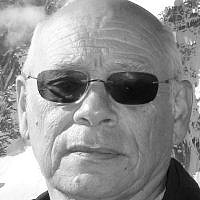 The Blogs
Nachum Blass
Apply for a Blog
Please note that the posts on The Blogs are contributed by third parties. The opinions, facts and any media content in them are presented solely by the authors, and neither The Times of Israel nor its partners assume any responsibility for them. Please contact us in case of abuse. In case of abuse,
Report this post.

I’ve worked with the education system and its leaders for more than 50 years, and I cannot remember a time when it functioned the way it has during the coronavirus crisis. The actions and decisions of the Ministry’s management leave the impression that it is completely detached from reality, and what makes it even worse is the fact that things could have been done differently.

The primary failure of the Ministry of Education before schools and kindergartens were closed was a lack of preparedness to continue school activities during times of crisis. Israel has experienced emergencies in the past that required large parts of the education system to be shut down. Frequent reminders of the situation Israeli citizens could face were there to be another war leave no doubt that Israel needs solid infrastructure to operate the education system remotely. Furthermore, the Ministry of Education has had the tools to do this for many years.

After all, the internet was not invented yesterday, nor was Zoom created this year. Resources for interactive and hybrid distance instruction are well known, and the Ministry of Education has already used them a number of times when studies were halted in the South of the country for security reasons. The Ministry of Education management and other education experts were also well aware of the great educational potential of incorporating remote instruction into learning even during normal times.

In spite of all this, almost nothing was done to train most of the teachers for remote instruction (and what was done was unsatisfactory); to prepare relevant curricula; to encourage the Ministry of Communications to strengthen internet infrastructure for educational institutions; or to provide appropriate distance learning equipment to schools, particularly for students from weaker socioeconomic backgrounds.

Israel’s education system has not been prepared organizationally or conceptually to integrate remote learning into the educational process, which could be expanded or contracted as needed, while taking care not to widen gaps between different socioeconomic strata of the population. This failure was highlighted during the coronavirus school shutdown.

The failure to prepare the education system for the closure pales in comparison to its failure during the closure itself. It is true that the system was facing an unknown situation, unlike anything we have ever experienced before. Nonetheless, it is impossible to overlook the fact that the education system, unlike other social and economic systems, is accustomed to long breaks in its activity. This is the one system that stops functioning temporarily every year ­– two months over the summer and three weeks around Passover. Students in the 12th grade often finish their studies for the year at the start of the Passover vacation and, in some schools, as early as Purim.

Education officials could have taken advantage of this feature of the education system and moved the two-month summer vacation up to start in mid-April, directly after the Passover vacation, while coordinating with the education department heads of the local authorities, teachers’ unions, national and local PTAs, and school administrators in the meantime. This would mean starting the new academic year in mid-June. Instead, they ignored these actors, and even entered into conflict with them.

Instead of focusing on finding effective solutions for students during an early summer vacation and then having them return to school in mid-June, the Ministry of Education was busy publishing contradictory guidelines on distance learning, making announcements about reducing the scope of matriculation exams, and entangling itself in litigation about compensation for teacher work days during the usual summer vacation.

The Ministry of Education’s neglect culminated in a series of hasty, and often puzzling, decisions when emerging from the shutdown. These decisions included, for example, recommencing studies for six hours a week on alternate days, having school on Fridays for grades 4-6, and returning to full-time classes for grades 7-12 while taking care to maintain 2 meters of social distance between students. The latter is seemingly absurd given that the size of classrooms for 25-35 (and sometimes even 40) students, is about 50 square meters.

The ministry’s decisions were made, and passed along to those responsible for implementing them, at the very last moment – sometimes even on the day on which the administrators of educational institutions were required to implement them. Moreover, there were cases where decisions made in the morning had been reversed by the evening. The entire period was characterized by a lack of transparency – the public was given no way to understand the logic behind the decisions, who made them, and who was consulted in the process.

It’s worth taking a moment to think what might have happened if the Ministry of Education had acted differently in the following ways:

All of these decisions could have been made even without knowing in advance how long the shutdown would be.

If these steps had been taken then, at the outset of the shutdown, young students could have been provided with similar solutions to those usually provided during summer vacation, and there would have been no pressure for older students to return to classes. Instead of confrontations, agreements could have been reached together with teachers, saving the government a great deal of money.

It is now possible to begin assessing the extent of the Ministry of Education’s failure during the first wave of the coronavirus outbreak, though the true extent of this failure will only be revealed in the years to come.

About the Author
Nachum Blass is a Principal Researcher and the Education Policy Program Chair at the Taub Center for Social Policy Studies in Israel.
Related Topics
Related Posts
Comments