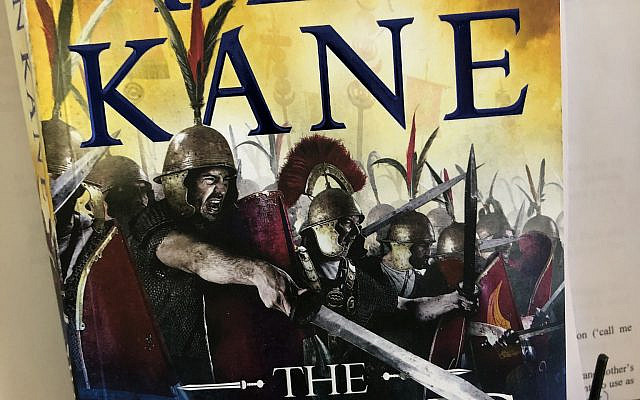 As an aficionado of historical novels, I was eager to start reading this book by Ben Kane about the clash between Greece and Rome, especially since the cover blurb proclaimed ‘Can Greece resist the might of Rome?’ As I later found out after clarification from the author, this blurb was misleading.

It was in fact a stupid question, as we all know the answer. However, the nitty-gritty of exactly how this came about intrigued me, and I was eager to learn more about that crucial period in the history of the world. Regrettably, by the time I finished the book I was more confused than when I started. I found I was reading about a world in which Greeks and Macedonians were separate (and possibly opposing) entities, but what precisely the difference was eluded me.

Fortunately, the author had kindly provided his email address at the end of the book, and his reply helped clarify the matter for me. This is what he wrote: There was no Greek nation at the time. There was no sense of being ‘Greek’. Someone was an Athenian, or a Theban, or an Achaean, a Spartan, from Corinth, from Aetolia, from Thessaly etc. Macedon was not Greece, no. Macedon was a powerful city state that controlled much of ‘Greece’.

So be it. The book consists of detailed accounts, written in a readable and interesting way, of the battles, tactics, fighting forces, weaponry and equipment of the armies concerned. The author is certainly very knowledgeable on the subject, and the extensive glossary and Writer’s Note at the end of the book contain a great deal of valuable information.

In the course of the novel the reader is introduced to several characters of varying ranks in both armies, and despite the author’s best efforts to give them distinguishing characteristics such as names and affiliations, they tended to get mixed up in my mind as I read on. The period described was one in which Rome was challenging the other powers of the ancient world for supremacy, and this involved vast masses of men at arms marching hither and yon and clashing with one another in various horrible and murderous ways. That is the price a nation pays for seeking to defeat its rivals and gain the upper hand. That grim reality is described in considerable and compelling detail, bringing to the fore the brutality of that way of life, quite aside from the promise of reward for participants on the winning side.

In conclusion, I found the book constituted a veritable treasure trove of information about the weaponry, procedures and behavioural minutiae of the armies of the ancient world, giving the reader an insight into a way of life that was harsh but nonetheless the fate of a large part of humanity at that time.