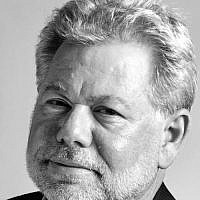 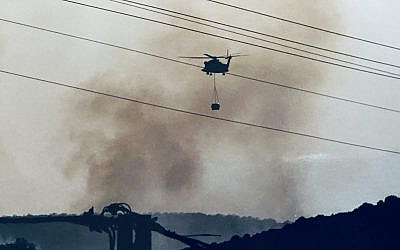 First of all, my thoughts go out to the victims of the current fires in Israel and around the world. They are devastating and terrible. I am watching the impact of the fire in one of the most beautiful and, for me, most meaningful parts of Israel. In the late ’80s, I bicycled frequently from my apartment in Jerusalem to Ramat Raziel and the surroundings—great riding, incredible views and terrain.

It is devastating to learn of the destruction of the area. I am writing this as a tribute to the challenges involved and the resources Israel has had to acquire to put out these fires.

In 1984, my life was also altered by a fire. The outcome for me was that I lost precious photos, equipment and books. The upside was that the few possessions I had remaining made my move to Israel in 1986 much easier.

In 2001, I had just finished staffing a birthright Israel trip. I stayed a few extra days to visit friends who were still living in Israel (I left Israel after five years). It was the early 2000s and Israel was still dealing with the second intifada. David, a longtime friend who I would be spending Shabbat with, met me downtown at Café Hillel. During our coffee we heard and felt an explosion that appeared to come from a few blocks away at Zion Square. A few minutes later we heard another explosion, this one coming from Mahane Yehuda. After the third one, David said, “It is time to get out of Jerusalem.” While leaving Jerusalem we learned there were multiple explosions and explosives planted around the city. We were safe and out of town.

We decided it was probably safer to be on the moshav than in the city. We arrived at Moshav Matta where he and his family were living. We were sitting on the patio when we noticed there was smoke coming from the valley below. Being that it was close to the moshav, we decided we should check it out. We wandered down into the valley, noticing there was more than smoke; there was fire. We looked around and we saw a single fireman with a jerrycan of water trying to put out the fire by spraying whatever he had in the can.

We offered our assistance and he handed us paddles (fire swatters) to stomp out the fire with—primitive and not very effective. We swatted and swatted but to no avail. By now we couldn’t get back to the moshav because our path had been engulfed with flames. Coughing and barley able to see, we zigzagged through the fire. We were surprised when we found our way to a nearby neighborhood—I believe it was Bar Gioria. Surprisingly, we spotted the truck the fireman must have used to get there. It was not a modern fire truck. He was filling it with water when we approached. We told him we tried our best and handed in our paddles. He thanked us and said, “Relief is coming,” but he didn’t know when. We hitched a ride back to the moshav.

Back at the house we continued to monitor the fire in case we needed to evacuate. Several hours later, helicopters with buckets of water showed up and dropped water on it (see the above photo). This procession lasted several days before the fire was out.

Each time a fire springs up in Israel I think about this first-hand experience with putting out a fire. This current fire outside of Jerusalem is also close to home, as we have friends still in the area on Kibbutz Tzuba and Ramat Raziel. Our hearts go out to them – losing everything one has in a fire or other disaster is painful.

Over the years, Israel has been dealing with more and more larger fires and developing faster and better responses. When we checked on friends at Kibbutz Tzuba we learned that the kibbutz utilized its irrigation trench system to protect the kibbutz from the invading fire. As reported in the Times of Israel, “Following a massive fire in 1990 the Kibbutz took a proactive defensive approach to protect the kibbutz from future fires.” It appears that this setup worked this time. With each new fire, Israel seems to learn a little more about how to prepare and respond.

Looking back on my experiences and my time both in and away from Israel, I am constantly drawn back there – a yearning I have had since my childhood. Now watching the current fires, I find myself more connected to these fires than fires in America or other parts of the world. I am concerned for the safety of the people in all of those situations, but I am drawn especially to Israel. Israel has been so much of my identity that I continue to be pulled in emotionally to every incident. Whether political, cultural or environmental, I am forever connected to the land and the people.

About the Author
For over 25 years I have been embedded in American Jewish life. As a professional working for Hillel, ADL and Federation I continuously advocate for and write about how to make a stronger connection to Israel and the Jewish world. Helping people map out their Jewish Journey.
Related Topics
Related Posts
Comments