The technique is yet another form of resilience displayed by Gaza’s 2 million residents, who are entering their 10th year under a blockade.

The above is the key sentence from an article and photo essay appearing in the Associated Press. It is a clear example of how the selection and use of words can reflect an agenda, even when the topic is something relatively mundane like getting a haircut. 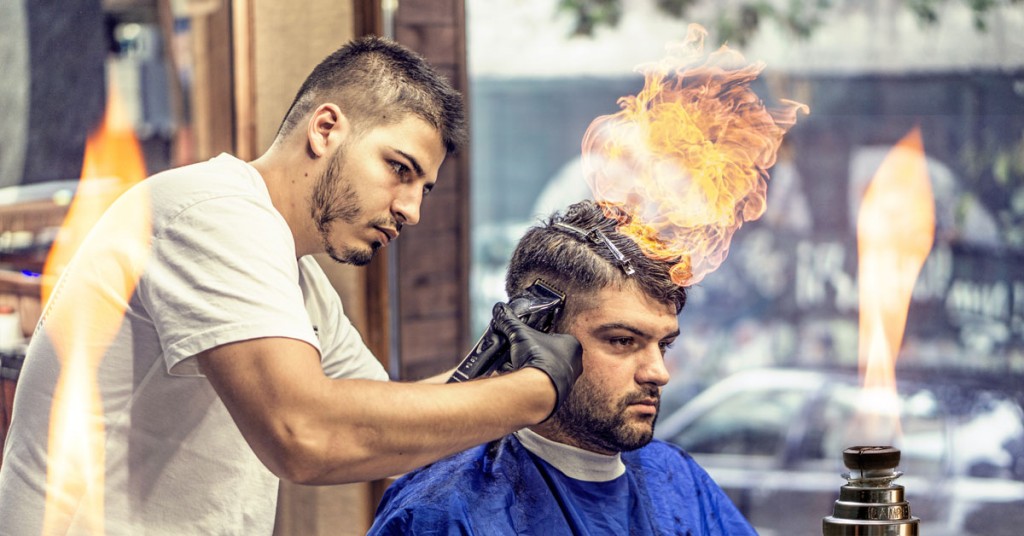 What is the “technique” referenced? It is a method that a barber in Gaza has developed to dry customers’ hair using fire. While mildly interesting, one might question why this story is considered newsworthy not only by the AP, but by papers such as the New York Times and dozens of others throughout the world. Is a haircutting technique in Gaza really news? 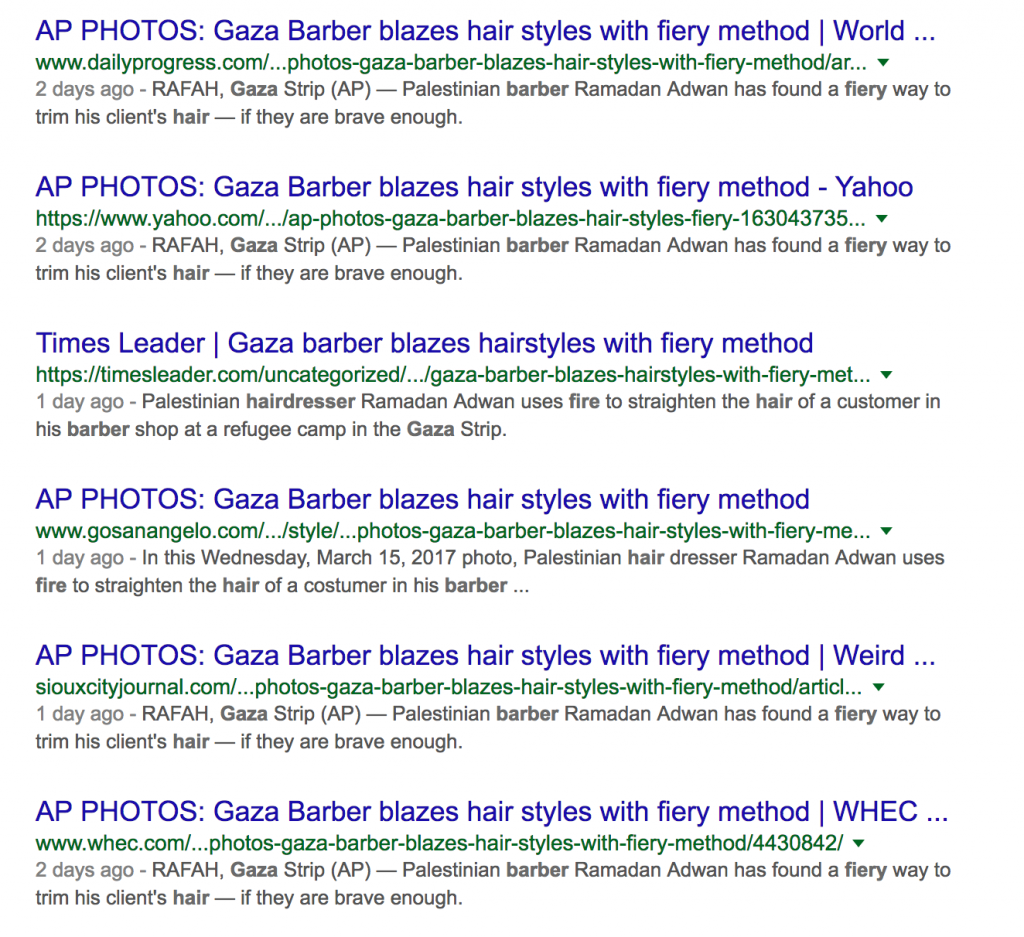 The answer lies in the phrase “another form of resilience.” “Resilience” is defined as “the capacity to recover quickly from difficulties.”

In other words, the reader is supposed to understand that the people of Gaza have a large range of techniques that they have created to survive the ten year blockade. But what are these techniques?

Certainly the reader would have a very different understanding if the article read, “firing rockets at Israeli civilian towns and digging tunnels to infiltrate Israel are yet other forms of resilience displayed by Gaza’s 2 million residents.”

But no, millions of readers of dozens of publications around the world will now get the impression that Gazans are spending their time cutting hair with fire rather than preparing to launch another war with Israel.

And what do the Gazans need “resilience” techniques for?

The article refers to the blockade with the simple explanation that:

Israel says it is meant to prevent Hamas from getting weapons. Critics condemn it as collective punishment.

There is certainly ample evidence of Hamas attempts to smuggle weapons into Gaza. Yet where is the evidence that backs up the contention of the “critics” that Israel imposed the blockade just to punish the Palestinian people?

Does Israel just not want the Palestinians to have access to decent haircuts?

A League of Their Own

Another story in the Associated Press tells the story of the Gaza women’s baseball team. They have only one real glove, a piece of wood for a bat, and 20-30 players. They have no games and their “coach” knows how to play by watching YouTube videos.

Of course the article cites the lack of equipment has a result of the Israeli blockade imposed after Hamas took over the Strip. The reporter did not believe that a sentence or two could have been added to explain why Israel and Egypt set up this restriction, implying that preventing Gazan girls from playing sports was a main factor.

Despite the lack of equipment, players, and knowledge of the game, the Gazan “team” is used as an example of attempts to promote baseball in the Middle East.

While the article calls baseball a “fringe” sport in the region, it says that it is growing in popularity with games now being played in Iraq and Egypt.

The fact that Israel stunned the world by advancing undefeated through the preliminary round of the World Baseball Classic is not mentioned in the article.

Yet just as with the story about those flame wielding barbers of Gaza, this AP story was republished throughout the world, from USA Today to the VOA (Voice of America).

When there is no breaking news to report, the media uses the opportunity to promote human interest stories to give the public a sense of what life is really like when bombs are not dropping.

But the AP’s Palestinian stringers are painting an unrealistic and misleading picture of life in Gaza by their choice of what to report and how to report it. To draw attention to a barber or a few women tossing tennis balls in Gaza while ignoring the thousands of Palestinians working every day to prepare for war with Israel is to abuse their positions to mislead the public.

Read The CAMCI.Report for analysis of media coverage of Israel.