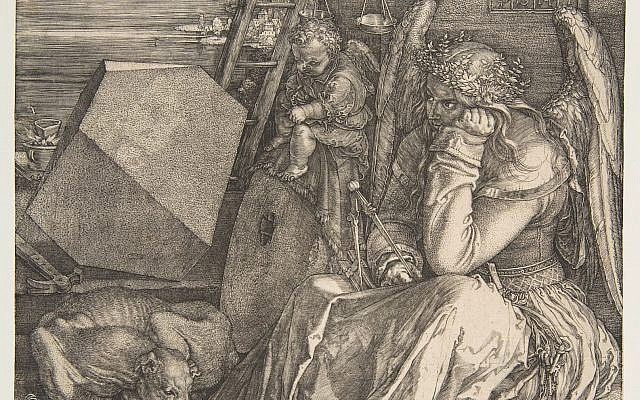 Weird times. A whole lot in the world and in our communities to be worried about. And a whole lot to be angry about. How did it get this way? How did we come to this pass? I am deliberately not stating a particular point of view, because no matter what perspective you come from, these questions are the same. And of course there’s the personal side of this for everyone. The whole infernal regiment: Private Sorrow, Corporal Affliction, Major Calamity and the ever present General Insanity. So the High Holidays of Rosh Hashanah and Yom Kippur bring it all under a spiritual lens, both in terms of defining the problem and proposing the solution. Forgiveness. Say what? It’s deeper than simply saying you’re sorry and having your apology accepted. Don’t get me wrong, that’s a good thing. But it barely scratches the surface of the forgiveness enigma.

I once attended a lecture by a Taoist priest, a Chinese man of indeterminate age who spoke in a heavy Chinese Queens accent. The topic was “The Categories of Cure.” He was speaking to an audience largely comprised of acupuncturists of various traditions. He elucidated four broad categories of ‘cure’ that could be found in any system. The Chinese medical concept of disease and its cure is based on the notion of the proper flow of energy, AKA qi (pronounced chee). When energy stagnates it causes disease and that stasis takes the form of ‘phlegm’, a word in English that also conveys the sense of a thick sticky substance, ultimately derived from our culture’s medieval conceit of the four humours. Phlegm is not something you want to have hanging around. So how to rid yourself, or your patient, of this thick and sticky blockage to the flow of qi?

The Taoist priest proceeded to explicate the four main types or categories of cure. The most common type of cure is ‘catharsis’, from the Greek meaning ‘to cleanse’. This can be a deep cleaning of the innards, a good sweat, a gastric purgative, the inhalation of medicated steam or even the everyday notion of the release of troubling emotions, a good cry. It works, for some things, usually for acute problems that have not taken deeper root.

For a chronic problem, if the practitioner judges that the patient has insufficient resources to withstand the rigors of a more complete cure, then she may opt for a cure from the category of ‘suppression’. The idea there is to shove the stuck energy down into the constitutional level, AKA unconscious. The person appears cured for all intents and purposes, but it is a temporary solution that will hopefully hold until such time as the patient has the wherewithal to withstand a rigorous treatment.

Another category of apparent cure is that of ‘harmonization’, the balancing of opposites. In this case the practitioner introduces an equal and opposite energy that balances out the effect of the phlegm. Western medicine abounds with such ‘cures’, all of the ‘anti’ therapies of our pharmacopoeia: anti-hypertensives, anti-diabetics, antidepressants, etc. Again, the patient seems well, but the fundamental cause of the problem, the phlegm if you will, is still there.

The only real cure, the total elimination of the problem, comes from the category of ‘vaporization of phlegm’. Sounds pretty sci-fi. Or mom with a croupy baby. Let’s go with sci-fi for a minute. This is where the Chinese Queens accent comes in. The Taoist priest gave the audience a stern look. He said that this was not a place you could afford to be eclectic. You had to choose a vaporization strategy from whatever tradition you practiced and cleave to it. And above all, he said, “Tell your patient to be guwable!” Not PC, but those who love this Taoist priest also love his accent. So you see it’s about faith and belief, or in Hebrew emunah and bitachon. Faith is the technology and belief is the desired outcome. Whence forgiveness?

Forgiveness is the lingua franca of the High Holidays, the COVID travel pass, the Studio 54 entrée, the golden ticket. Okay, you get the idea. It’s the cure for whatever ails you. So what form does that forgiveness take? What exactly is the protocol we are asking the Almighty to perform for us? The language of cleansing is most obvious, catharsis. The liturgy makes this request abundantly. But this may only work for newly acquired ‘sins’ or errors, bad shots, as the commonly used term for sin comes from archery, missing the mark. The energy has flowed in the wrong direction and now we’re stuck.

We also give the Judge of All Mankind the option of simply concealing our sins, shoving them under the cover of divine suppression. But of course we note numerous times throughout the liturgy that The Omnipresent sees all, particularly that which is concealed. So make of that what you will, remission or no. Punct, we have catharsis and suppression, a striking parallel to the Taoist armamentarium. What of the other two categories of cure?

The other request we make throughout the service is to be inscribed for the good. Doesn’t do anything to eliminate the bad, just inscribe the good. Kind of balances it out so that you don’t see the debit side of the ledger. All is harmony, if we get lucky. To be clear, we are asking for the opposite of what we ‘deserve’, what would be the likely outcome of ill-spent arrows. Unlikely to hit the target. So this ‘opposites’ strategy appears to work, or so our liturgy would have us believe.

But the real deal, the sci-fi option, is buried in the middle of the Yom Kippur liturgy. We ask the Father of Mercies to forget. Yup, just plain old plum forget. Forgive AND forget. Like it never existed. And if something does not exist in the mind of the Holy Ancient One can it be said to exist at all? I think not! Prest-o, change-o, vaporization of sin. It’s the best. How unprecedented! Or is it?

There is one place in the Hebrew Bible where we are given the explicit instruction to forget. That is in the passage about Amalek. We also have the ritual practice of blotting out the name of Amalek’s later descendant Haman, in the Book of Esther. In both instances, Amalek and Haman are the apotheoses of evil, really bad dudes. And we are told to forget one, and we blot out both their names. Just as we would have Our Father Our King do with our sins. Except in this case it is evil in the world, evil that could only have existed if permitted by the Creator. Hmmm. So what is the message here? You guys defeat the evil, remember the victory over evil, but forget the evil. A bit paradoxical in that we’ve enshrined these stories to be read like clockwork every year, the one on Shabbat Zachor, the Sabbath of Remembrance near Purim, and the other on Purim. As a result, who does NOT remember Amalek and Haman? Does the Author of All Narratives wince every year at our reading of these stories? We pretend to forget and/or blot out, but actually do the very opposite. Is that fair, considering what we’re asking every year during the Yomim Noraim, The Days of Awe?

Furthermore, we edit out part of the sentence pronouncing the Thirteen Attributes of Mercy which we hammer home more times than I’d care to count in the Yom Kippur liturgy. You know the drill, “Adonai, Adonai, El Rachum v’Chanun, etc.” all intoned to a tune that might be used to accompany the sudden approach of a massive intergalactic spaceship. Dudes! Talk about awe! It’s a recap of a part of the Sinai story where Moses gets his wish to see The Ineffable One while placed safely in a cleft in the rock at the top of a smoking volcano. This train of ‘mercies’ is actually the afterburn of the divine entourage, as Moses is spared the inevitably fatal face-to-face. In the original story, the list of thirteen attributes of mercy concludes with “and that will by no means clear the guilty; visiting the iniquity of the fathers upon the children, and upon the children’s children, unto the third and unto the fourth generation [Exodus 34:7].” Definitely NOT off the hook. But the rabbis who structured the liturgy left those words out, clipped off the end of the sentence. Forgot? Not likely.

So it looks like the rabbis’ aim in creating the liturgy of The Days of Awe is to remind the Holy Ancient Editor of Reality to remember the good stuff and forget the bad. Can we do the same? And would it help? One word, vaporization. One way past the sticky wicket of reality that has boggled the energy of our planet and the bulk of human intercourse these days. Is it realistic? What would such a vaporization even look like or mean? Perhaps it means, first of all, forgiving the Creator for the fine mess It’s got us into. No resolution to the problem of Determinism versus Free Will, but the buck’s gotta stop with The Author, nu? Forgiving the Creator might mean letting go of existential bitterness, hopelessness, the poison pill that makes it hard to swallow anything else. Then we have to forgive each other in just the same way. Move forward, find solutions, take care of everyone, stop the blaming and carping and realize we have only this one planet to inhabit in such a way that we and the other beings on the planet all may prosper. And if we did all that, maybe, just maybe, the Divine Father of Mercies, Glory Be to the Heavens, may just forgive us all. Worth a well-aimed shot.

About the Author
Michael Diamond is a writer based in the Washington, DC area. He practices psychiatry there and is a doctor of medical qigong. He has published verse, fiction and translation in Andrei Codrescu’s journal, The Exquisite Corpse; in the journal Shirim courtesy of Dryad Press; in the online journal for Akashic Press; in New Mexico Review, The Deronda Review, The Atherton Review and in The Journal of the American Medical Association. He lives in the suburbs with his wife, an artist and illuminator of Hebrew manuscripts, their dog, two cats, a cockatiel named Peaches and a tank of hyperactive fish. He has had a strong interest in Torah since first exposed to traditional stories as a child. Over the course of his life he has run the gamut of spiritual exploration of many world traditions of meditation and mythology. For the last several decades he has landed squarely in the traditional Jewish world. His writing is informed by all of this experience, by his curiosity about today's world and by his desire to mine the Jewish experience for its hidden and revealed wisdom. Torah Obscura, a glimpse of an otherwise invisible world afforded by a small aperture for light. All materials herein copyright © 2018 Michael S. Diamond. All rights reserved.
Related Topics
Related Posts
Comments