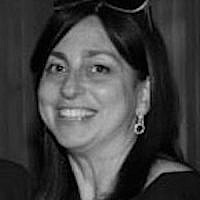 The Blogs
Eta Yudin
Apply for a Blog
Advertisement
Please note that the posts on The Blogs are contributed by third parties. The opinions, facts and any media content in them are presented solely by the authors, and neither The Times of Israel nor its partners assume any responsibility for them. Please contact us in case of abuse. In case of abuse,
Report this post. 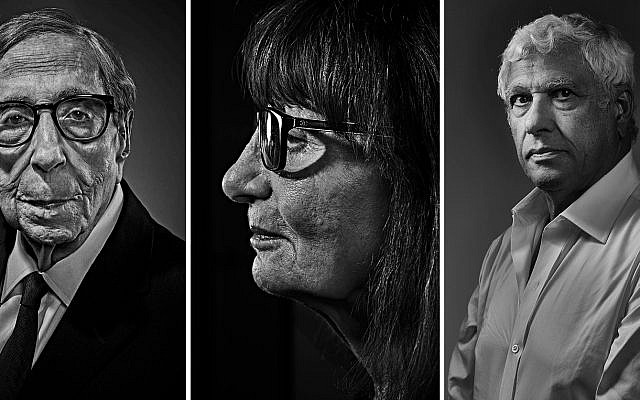 June 3, 2022, marked the debut of The Forgotten Exodus – A Canadian Refuge, a portrait exhibition at the Library and Archives Canada in Ottawa of the last generation of Sephardi-Mizrahi Jews born in North Africa, the Middle East, and Iran who immigrated to Canada. The exhibition tells “the story of refugees, who carry in them nostalgia and sometimes painful memories, and all of that […]is etched in their faces.” And these emotions and memories are eerily familiar to me and my family.

My mother is one of many Jews who fled their homes where their families had flourished for generations. According to official statistics, from the 1940s to the early 1970s, more than 850,000 Jews were forced from their homes in North Africa and the Middle East, leaving behind loved ones, lives, significant property, and assets.

In Baghdad, where Jews comprised a third of the population, my mother, like generations before her, was deeply integrated. At home they spoke Arabic. Their neighbours and friends were Jewish, Muslim, and Christian. My grandfather, Saleh Kahtan, was a Member of Parliament and legal advisor to the Minister of Finance, and my grandmother, in her childhood, played with the Sultan’s children.

A turning point for the Jews of Iraq was the Farhoud. June 1-2, 1941, a deadly pogrom inspired by Iraqi Nazi sympathisers, killed more than 180 Baghdadi Jews, with many more hundreds maimed, raped, beaten, and injured.  Nearly a thousand Jewish homes were also destroyed. From that moment, anti-Jewish incitement and violence crept into everyday life. By 1951, thousands of Iraqi Jews had left the country but were allowed to do so only if they left everything – even their citizenship – behind, a condition my grandfather declined, believing there would be more opportunities to leave. My mother would not see him again.

The forced displacement, dispossession, and expulsion of Jews from Arab countries were marked by official incitement, theft, violent demonstrations, arson, pogroms, and murder – effectively extinguishing more than 2,000 years of Jewish life and culture in the Middle East.

Despite all odds, in less than a generation, more than 850,000 Jews have started over and built new lives and roots for their children, ensuring that their statelessness would not be passed on. They are now active and proud citizens of their new adoptive countries across the world, some choosing Canada as their new home.

Sadly, the international community has never given the story of the Jewish refugees from Arab lands much attention.

In Canada, following requests from the Canadian Jewish Congress (CIJA’s predecessor) in 1956, the Canadian government decided “in view of urgent humanitarian needs,” to waive protocols and facilitate the settlement of North African Jews in Canada. In March 2014, Canada formally recognized the plight of Jews who fled or were expelled from Arab countries. Their tragedy has also been acknowledged at Quebec’s National Assembly.

This is my mother’s story, my story, and these are my roots. I am proud of the work CIJA has done both provincially and federally to secure recognition of the plight of Jewish refugees from Arab lands. Initiatives like the ones undertaken by Sephardi Voices and its founder Henry Green are also a vital part in raising awareness on this issue.

However, to grieve loss and to learn from the past, raising awareness of this part of our story is key. Accompanying the Forgotten Exodus exhibit is the donation of The Sephardi Voices, Victor and Edna Mashaal Canadian Collection, a series of nearly 100 interviews, portraits, documents, and photographs chronicling the life stories of the Canadian Sephardi-Mizrahi community, which will be deposited at the National archives.

In 2014, the Government of Israel designated November 30 as a day of remembrance for Jewish refugees from Arab countries and from Iran; and Canada, along with the US, is one of the few countries to also recognize the experience of these Jewish refugees.  Nevertheless, there is still significant work to be done in raising awareness and understanding. On June 2, perhaps not accidentally the anniversary of the Farhoud, our story will now be part of our Canadian heritage, documented at Library and Archives Canada, chronicling our past so that others may learn from it.

I am the next generation in this story, a proud Montrealer, Quebecer and Canadian, with deep roots in the Middle East and generations of lived experience, heritage, and culture that I will continue to remember, cherish, and share.